DC’s very own Hellblazer, Constantine, has an animated series now?

And it’s even more amazing when you see this clip.

Constantine originally aired on NBC, starring Matt Ryan in the titular role as the world-weary wizard thrust into a life of fighting dark, demonic forces in our earthly plain. However, the series only lasted for one season before the network cancelled it. Fans were heartbroken as it really didn’t get the chance it needed to grow into the great show it could have become. 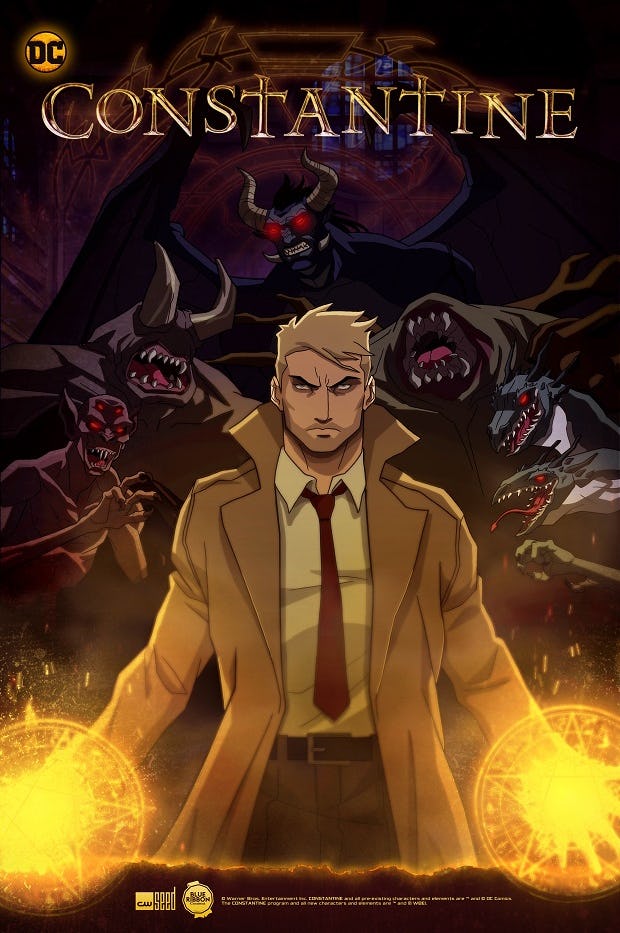 RELATED: Constantine Coming Back as an Animated Series

However, the CW jumped on the chance to have the character appear in one of their shows. Arrow star Stephen Amell was such a vocal champion of the character, Constantine was pulled into the fourth season of Arrow, with actor Matt Ryan reprising the role. They even had the exact same wardrobe from the NBC show used for the CW show.

Well now it appears that Constantine is an even more permanent addition to the CW-verse. The animated series will air on CW Seed, the same place where Vixen has lived for a couple years. Vixen has seen a bit of crossover with The Flash and Arrow and it’s likely we can expect a bit more crossover with Constantine in the seasons to come.

The series, as it originally aired on NBC, had to tone down much of the bloody violence of the comic book series to meet the censorship rules that dictate primetime television. However, as you’ll see in this clip, those rules very much do not apply to the animated series airing on the internet. The clip is hyper bloody and very violent, with an ancient evil manipulated by John Constantine to decimate and consume a host of demons living in an unconsecrated church.

The role of John Constantine is still voiced by Matt Ryan.

It’s unclear when exactly we’ll see the animated series debut on CW Seed — all we know is that its premiere on the digital network will be sometime in 2018.