Classic Film Through A Feminist Lens: THE PARENT TRAP

During Walt Disney‘s tenure, Disney films are widely known for their wholesome conservatism. At first glance, the movies harken back to an idealized Rockwellian Americana. However, when examining one of the studio’s most popular films from this era, The Parent Trap, the movie seems more complex than many of its contemporaries. The memorable family film not only creates rich and interesting characters, but demonstrates the subtle societal evolution occurring during the era.

The Parent Trap follows separated at birth, identical twins Sharon and Susan McKendrick (Hayley Mills in dual roles). The girls first learn of each others existence while at summer camp.  After an initial rough patch, they become fast friends. In an attempt to figure out what each has missed, the girls switch places. However, things become more complicated than anticipated when their father Mitch (Brian Keith) falls in love with the villainous Vicky (Joanna Barnes). Using their newly found twin powers, the girls stage an intervention to get their parents back together.

Related: Check out previous installments of Classic Film Through a Feminist Lens, here. 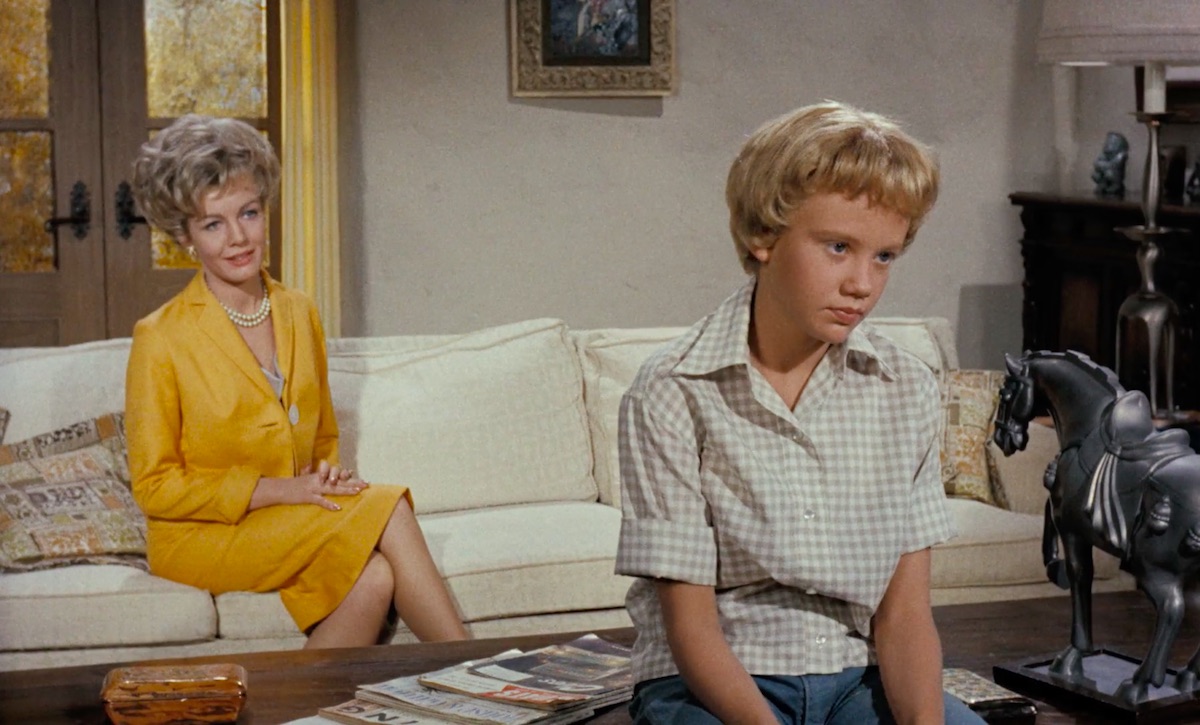 The Parent Trap‘s biggest problem is in the depiction of Mitch’s new girlfriend Vicky. From early in the movie, Vicky exists solely to be the evil, Disney villain. She is Cruella De Vil crossed with Maleficent, minus the interesting backstory. In fact, the narrative has passed judgement on Vicky before she’s even been shown on screen. While Sharon talks with the family maid Verbena (Una Merkel), the woman immediately proclaims the future Mrs. McKendrick a gold digger. However, as the story develops further, Vicky quickly proves the wise housekeeper correct.

Furthermore, Vicky shows little depth to her character beyond being a gold digger. In fact, if she had a mustache, she’d be twirling it. Does the character deserve a lot of the misery handed to her by Sharon and Susan? Yes. However, the characterization of Vicky is also unrealistic. Narrative development of the woman underneath is lost, instead establishing Vicky as merely an icy foe for Maureen O’Hara’s Maggie.

The casting of Maureen O’Hara in the role of Maggie is a deliberate choice. At the time of The Parent Trap’s 1961 release, O’Hara was a mainstay in Hollywood. The Irish actress rose to stardom quickly, playing Esmerelda in The Hunchback of Notre Dame in 1939. She worked regularly into the 1970s, and her last film credit was in 2000.

From the early years of her career, O’Hara brought an independence and sense of spirit to her characters. In fact, she partnered with John Wayne for five films, and stood as one of the few leading ladies able to stand toe to toe with the larger-than-life actor. Furthermore, O’Hara brought this striking persona to each role she took on. Not only did she bring this feisty independence to her characters, but she conveyed it with a likable charisma. She stood up for herself in the face of strict rules dictating gendered behaviors. Furthermore, she managed to push these boundaries without being vilified. 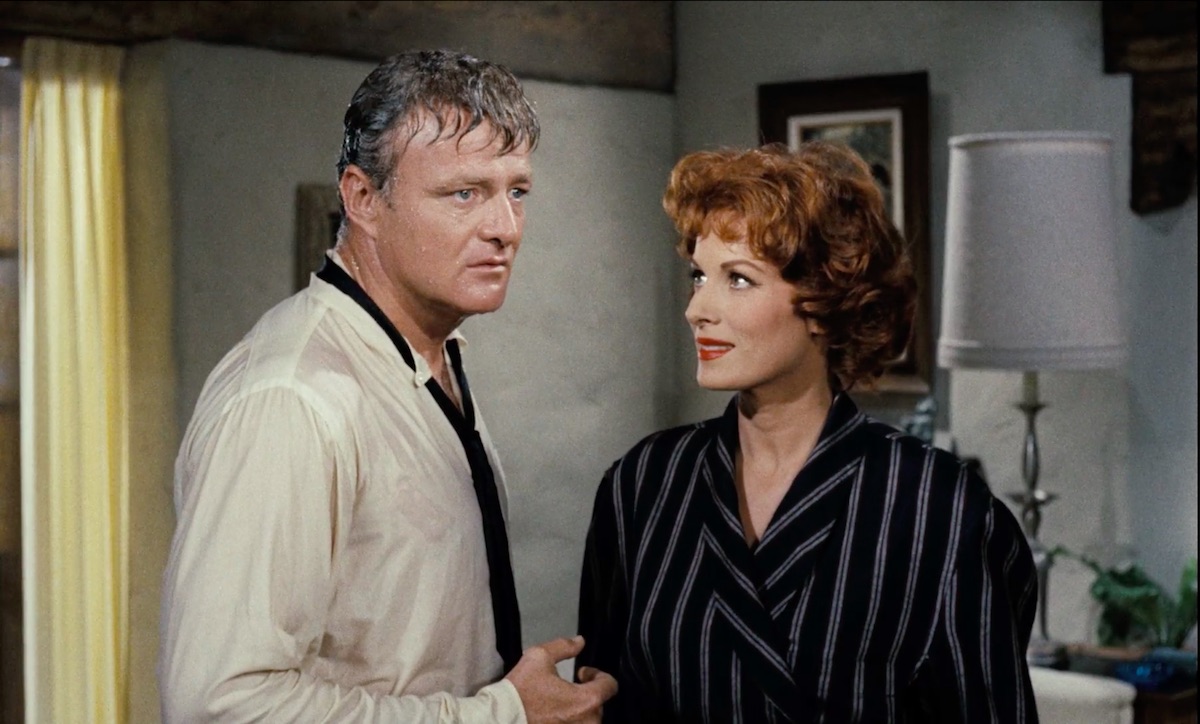 The development of Mitch and Maggie as a couple plays into the film’s interesting treatment of divorce. In years after the implementation of the Hays Code, divorce was a taboo subject. The sanctity of marriage is paramount in the document. The code required marriages appear happy, faithful and surprisingly chaste. In fact, divorce is rarely spoken about during the classic era, let alone as the topic of a family film.

Interestingly, The Parent Trap does not place fault on Mitch or Maggie for the divorce. In fact, when Susan talks with Maggie shortly after they first meet, she asks her mother about the divorce. Maggie explains the break-up in a clear headed, realistic manner, “Sometimes people just don’t get along.”. The film further develops this when Mitch and Maggie first meet after almost 15 years apart. The two are far too similar. They are fiery, volatile and independent people. Maggie is not an unattractive shrew, and Mitch is not a cad. Rather, they were a young couple whose relationship likely cracked under the pressure of trying to raise a family in America I need the year so following WWII. 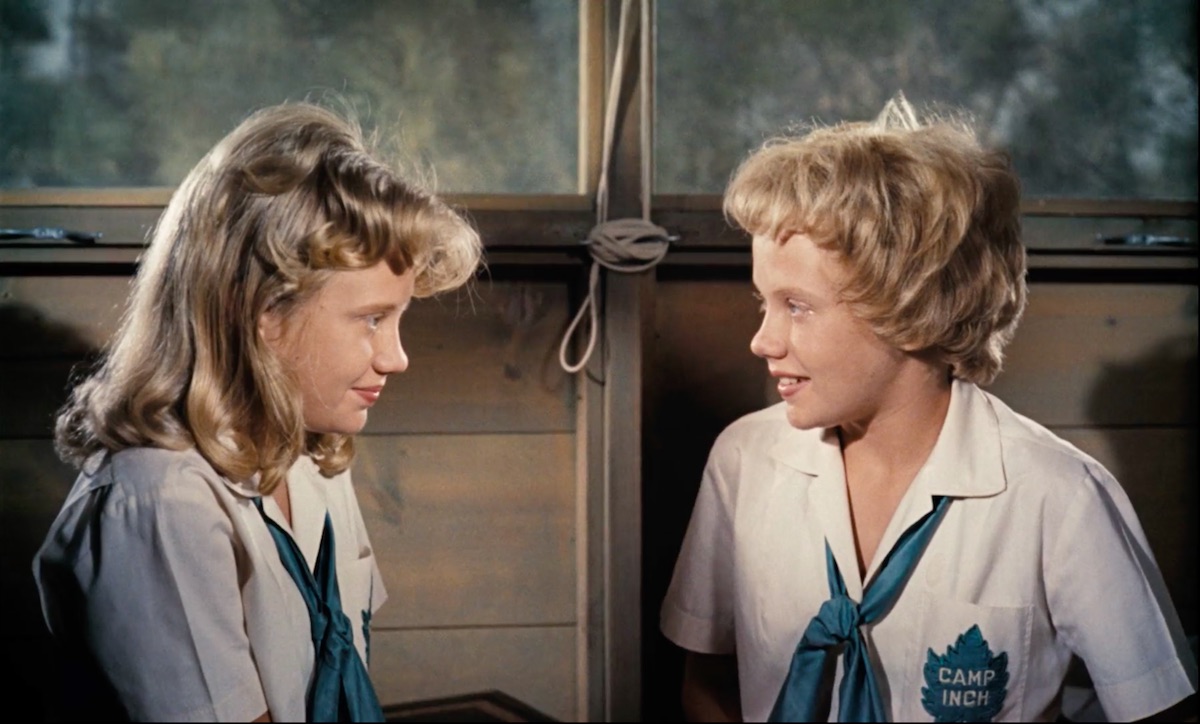 Meanwhile, the treatment of the twins also stands as progressive as the narrative develops. In her dual portrayals, young actress Hayley Mills effortlessly brings two distinctly different characters to life. Furthermore, the story allows the girls to be different, and stand out as unique and interesting young women. The highly restrictive gender rules which permeated in the late 1950s and early 1960s are largely invisible in the film. When they are at camp, Susan and Sharon camp, hike, swim and canoe. In fact, Susan is perfectly happy tomboy, having grown up hiking and riding horses with her father. However, Susan also introduces her long lost sister to the joy that is Ricky Nelson. Susan and Sharon are teenagers, and in a mature performance, Mills manages to make each girl stand out as unique and realistic individuals. 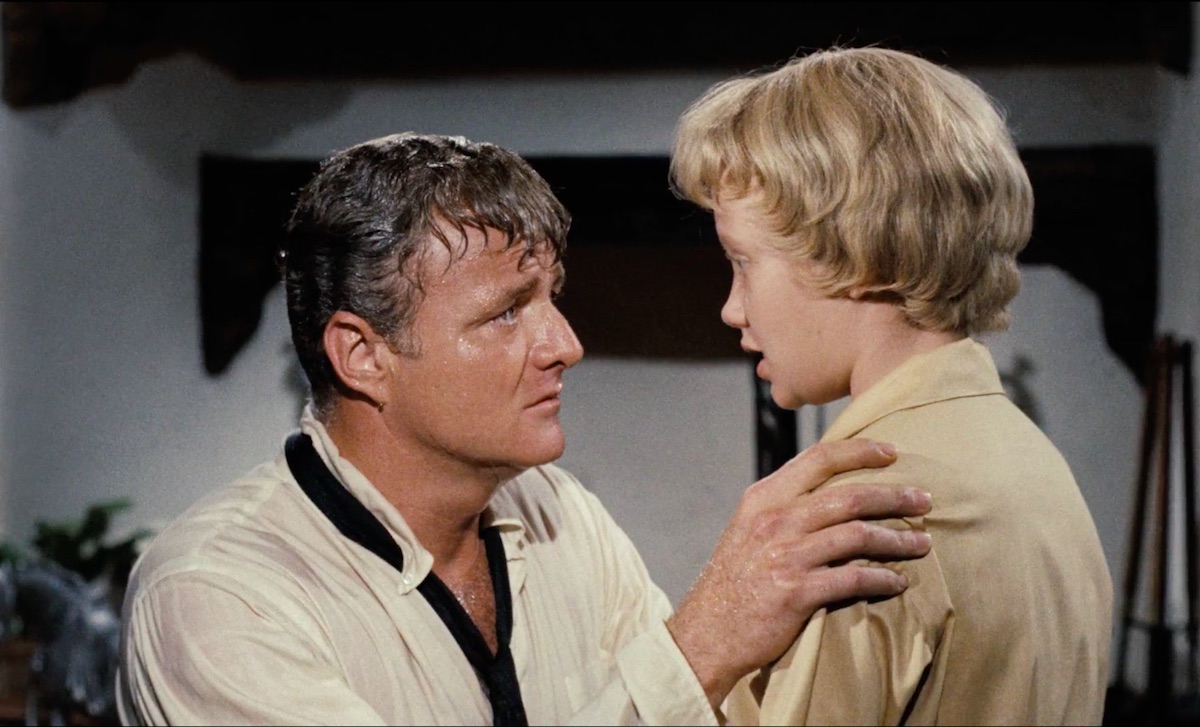 Recognition must be given to actor Brian Keith for an interesting yet understated performance. The actor tends to go a bit unremembered in the face of everything going on around him. Mitch is the one character surprised by the actions of the plot. He is simply a man trying to marry his fiancee. He is quite literally the last person in the family to learn what is going on. Further complicating his character, is his seeming inability to truly convey his emotions. Characters often speak of his masculinity (he is a rancher after all) and he seems out of place when he needs to connect with his wife or children. However, there are scenes within the film where his quiet emotion shines through in some beautiful moments.

Disney productions were riding high during the early years of the 1960s, and The Parent Trap is one of the best remembered movies to come out of this idyllic period. Watching the film through a contemporary lens, The Parent Trap stands out in its complexity. While the film does have its problems, it also showcases a number unique and realistic characters, largely avoiding the problems of the period, and is much better for it.

This article was originally published 6/23/17