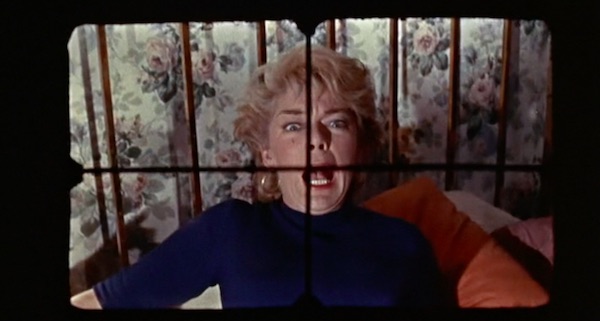 At the time of its 1960 release, the British horror movie Peeping Tom found itself largely ignored by critics. Rather, another little horror film called Psycho hit theaters mere months later, and became a hit with critics and audiences alike. While Peeping Tom isn’t as well known as the Alfred Hitchcock classic, the little horror film proves itself a well-crafted, but uncomfortable study in not only horror, but also gender and perspective. 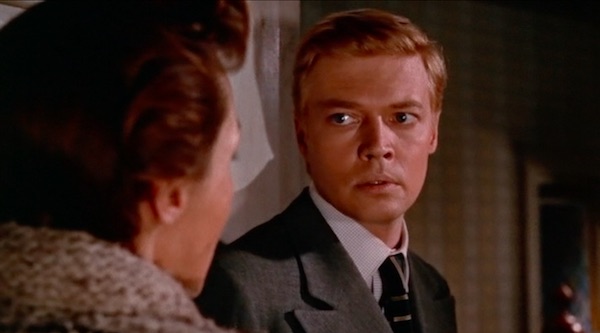 Peeping Tom follows timid photographer Mark Lewis (Karlheinz Böhm) as he makes his way through the seedy underbelly of London. The work around him is rough. Murder, pornography and prostitutes surround the characters as they go about their daily lives. While the story progresses, Mark sinks further into his instability, showing the audience the man he truly is.

Peeping Tom’s critical reception can best be described as icy. At the time, director Michael Powell stood as one of the titans of British cinema. However, critics hated Peeping Tom so much that Powell actually found it it difficult to work in the years following its release. The Telegraph reports that Powell found himself “cast into the wilderness” in the later part of his career. However, the film’s reputation seems to have corrected in recent years. In fact, contemporary critics see Peeping Tom as the interesting (though uncomfortable) film it is.

The story only features two named female characters, Helen (Anna Massey) and Vivian (Moira Shearer). However, there are a number of women playing local prostitutes. The story development around the women is interesting, and shows a surprising lack of sexualization. This is quite notable, especially for a film of this subject matter.

Early in Peeping Tom, Mark arrives at a brothel to take pictures. He nervously sets up his camera while scantily clad women roam around him. Suddenly, one of the women strikes a pose, ready for her close-up. However, she quickly stops to look him over, “Can you fix it so the bruises don’t show?” Later, he works with a second prostitute whose face is badly scarred after being attacked by one of her Johns. The film shows the grounded reality facing these women. They are not glamorized and sexualized; rather, the story shows them with realistic and dangerous problems. 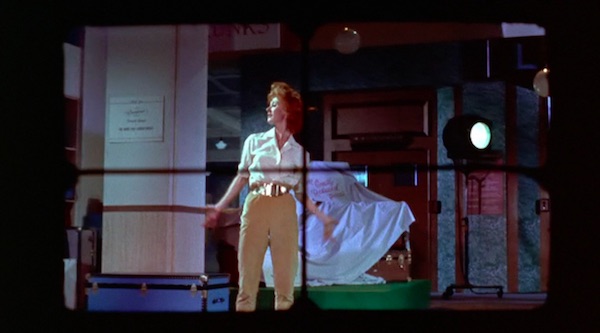 However, the root of the film’s unease comes from its use of voyeurism. Peeping Tom is unique, especially for a film of this time. The story often adopts Mark’s point-of-view, and he is essentially the villain of the piece. As such, the movie assumes the “male gaze”. In fact, Mark’s camera often scans over unknowing women, his lens objectifying and fragmenting their bodies. However, it is Mark controlling the camera, not an unseen filmmaker. The audience quite literally view the murders through his eyes.

In the opening scene of the film, a prostitute is brutally murdered on camera. Before the audience even knows who the killer is, they find themselves thrust into his point-of-view. As such, Peeping Tom presents a relentless examination of perspective through the use voyeurism.

Finally, Böhm’s performance as Mark is powerful in its shaping of the story. Peeping Tom pulls no punches about Mark’s sexual proclivities. He’s seen early in the movie watching… and enjoying… footage showing the body of one of his victims being removed by the police. Later, Mark is distraught when his camera misses the climatic moment of one of his murders. As such, he finds himself unable to relive the moment. 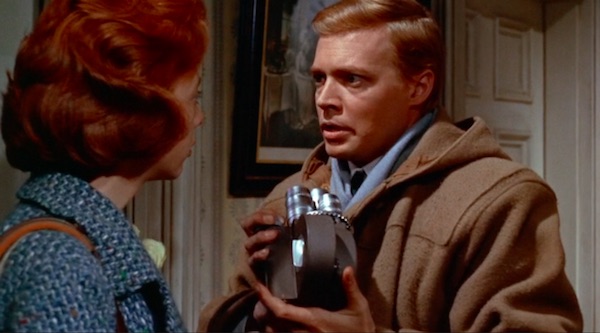 Böhm brings a calm and almost likable nature to the largely unsympathetic Mark. Early in the film he shows Helen footage of himself as a child. In the clips, a young Mark is seen undergoing psychological torture by his father. A biologist by trade, the man wanted a full examination of fear’s effects on a growing child. As such, Mark is less an evil man, rather, the product of his twisted upbringing. Suddenly, there is a way to explain his crimes. Could he be redeemed? This forced identification with a character, especially one like Mark, would have been extremely uncomfortable for audiences in 1960. Thus, the critics harsh reactions to the film suddenly makes sense. 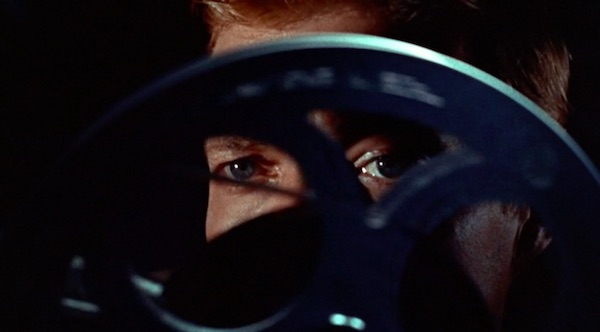 In viewing Peeping Tom, the 1960s British horror film proves itself a complex work of cinema. While there are a number of time where the movie could go off the rails as it relates to gender, it largely resists. Furthermore, Peeping Tom avoids the desire to sexualize its victims. Instead, it focuses on the deep complexities within Mark as the main character.

Read more of the ongoing series, Classic Film Through a Feminist Lens, here.