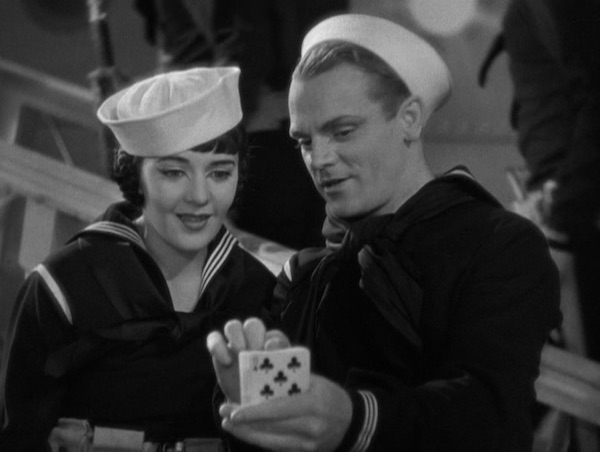 In a previous entry, this column examined the musical Gold Diggers of 1933. The musical is one of a number of Busby Berkeley produced films, released by Warner Brothers during the Great Depression. The classic musical puts forward a surprisingly progressive narrative, especially when examining the treatment of its female characters. Meanwhile, Footlight Parade hit theaters later the same year. Despite coming from the same creative team, the movie reverses the progress of the previous film, instead representing the social conservatism of the 1930s.

Related: Classic Film Through a Feminist Lens: Gold Diggers of 1933

Footlight Parade is the third in the commonly accepted chronology of the Busby Berkeley musicals which lit up Warner Brothers’ marquees during the 1930s. The film contains many of the same performers from the earlier movies, most notably: Ruby Keeler, Dick Powell, and Joan Blondell.

Footlight Parade follows Chester Kent (James Cagney), a producer of musical prologues during the depths of the Great Depression. With his competition surging around him, his company’s only hope is to produce, stage and orchestrate three lengthy prologues within three days, in hopes of getting a high profile contract.

Related: Check out our previous installments of Classic Film Through a Feminist Lens, here. 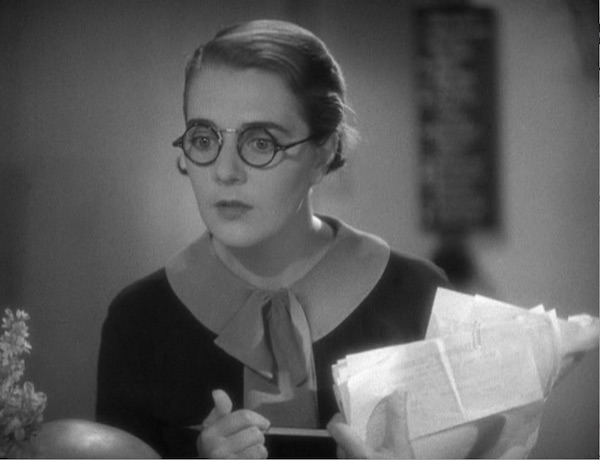 The character of Bea (Keeler) shows Footlight Parade taking a gargantuan step back after the advances of Gold Diggers of 1933. As the film opens, Bea is a secretary for Chester Kent’s theater company. In fact, she’s one Kent’s favorites. When Nan (Blondell) first proposes her idea to incorporate Bea into the musical numbers, Kent immediately shoots it down. He repeatedly calls Bea the only girl in the office with any sense, and insists that she’s too valuable where she is.

However, all it takes is the introduction of love into her life, and Bea suddenly decides to change everything about herself.  Furthermore, the change is made even more jarring by Scotty’s (Powell) treatment of her both before and after her transformation. In their last scene together before she overhauls her look, Scotty looks her over, “…All business, all efficiency. You’re not alive. You’re not a bit feminine. Look at that dress, look at those glasses…”. While Bea previously showed herself willing to stand up to Scotty, she barely fights back tears. “Anything else?”. He looks her over, “If I need you, I’ll send for you”. She storms from the room, but the camera remains with Scotty, who strangely grins ear to ear.

Bea storms straight to Nan’s desk, begging the decidedly less bookish secretary to give her a make-over. Where does she get that hair? Where does she get those dresses? It takes a while for Bea and Scotty to meet again after her transformation. When they do, he pulls her off-stage after a dance number, hoping to hit on the “new girl”. However, he looks her over and quickly realizes this is Bea. He smiles, “Look at you. What a change! You’re beautiful! How about a little kiss?”. Bea’s reaction is disappointing. She practically melts into his arms, barely resisting his desire for a kiss. 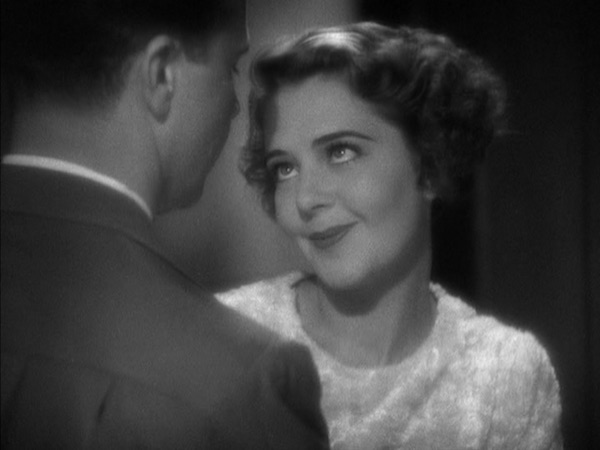 With the exception of the two main female leads, a majority of the female cast is decidedly passive. Some films set their scene with gorgeous settings, or interesting backgrounds. However, this film makes use of a different kind of set dressing: girls. 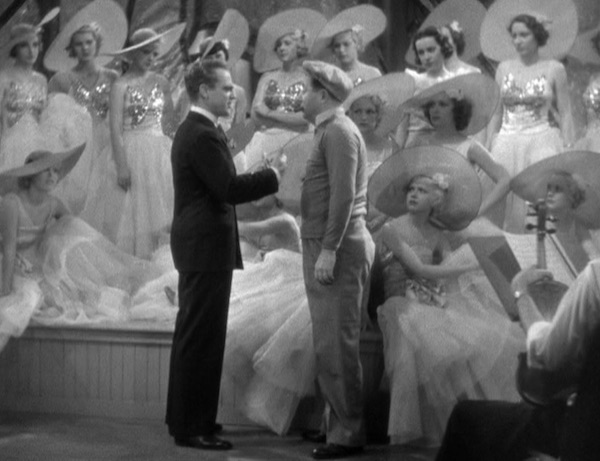 The first half of the film is packed with chorus girls, many of which have little to do, other than recline in the background. 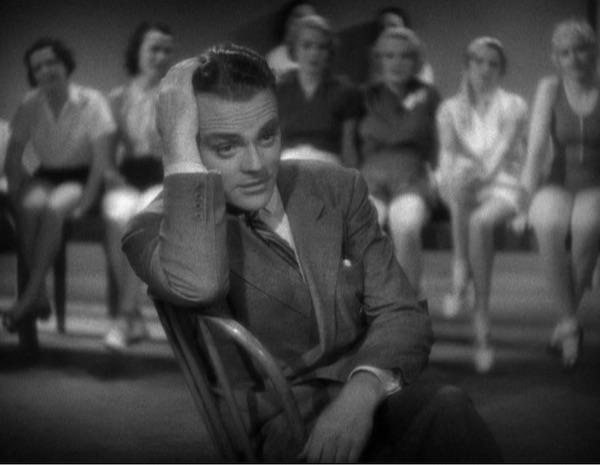 Occasionally, they even recline in the foreground… 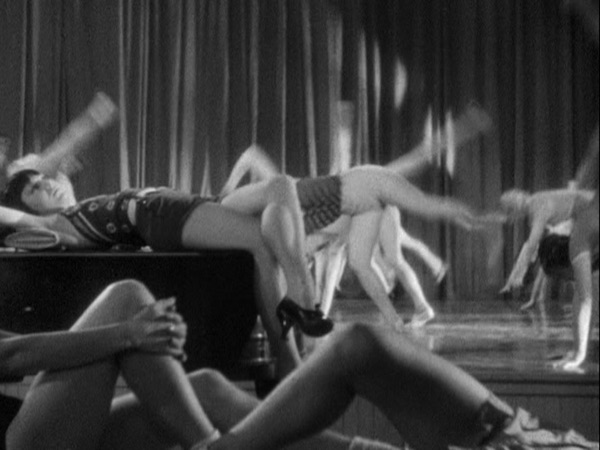 The screen captures above demonstrate how often this happens throughout the first two acts of Footlight Parade. Often the women in the rehearsal hall aren’t participating in the scene; rather, they only serve to decorate the shot. While Gold Diggers of 1933 gave us a movie with four unique and interesting showgirls, Footlight Parade gives us showgirls featuring as scenery. 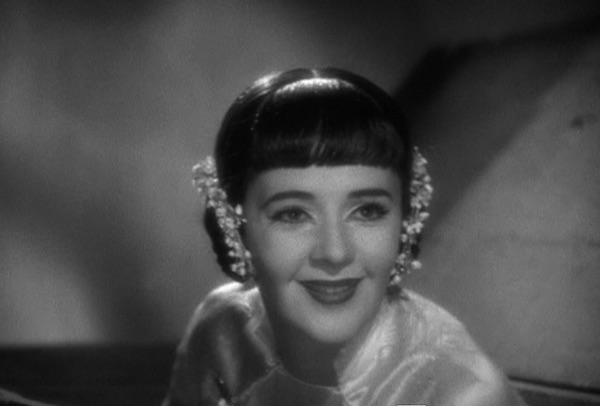 Furthermore, the film’s treatment of race is decidedly problematic. Footlight Parade features the infamous Shanghai Lil musical number as its finale. The song features James Cagney as a sailor looking for his girl (and former prostitute) Lil while his military unit prepares to leave China. Canadian born Ruby Keeler features as Lil in a sequence reminiscent of cringe worthy films like the Charlie Chan mystery series. When Lil pops out of a box, she is scooped up by “Bill”. She sings, “I miss you very much a long time… I think that you no love me still…”. The number gradually take the emphasis off Keeler’s uncomfortable portrayal, and turns into a piece of Depression era propaganda which brings down the curtain on the Footlight Parade. 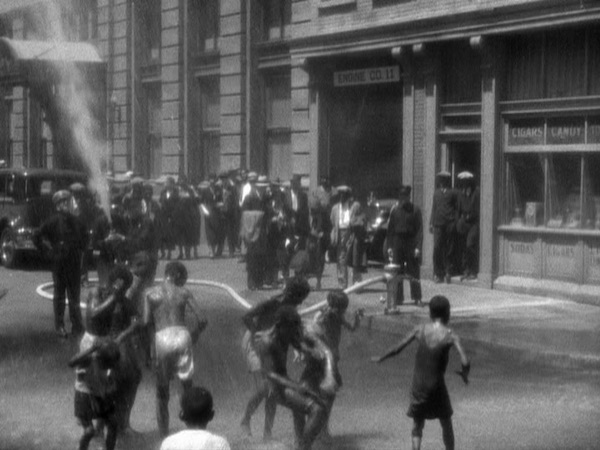 Earlier in the film, there is another moment which definitely elicits a cringe from contemporary audiences. Kent and Nan drive through the city. They stop and watch a number of local children playing in the spray of an open firehose. While he watches the above scene play out, Kent suddenly snaps his fingers, “The wood nymph needs– a large waterfall splashing on beautiful white bodies!”. Was the moment intended? While it’s difficult to judge how it would have played in 1933, it definitely ranks as an awkward moment of cinema, especially when viewed through a contemporary lens. 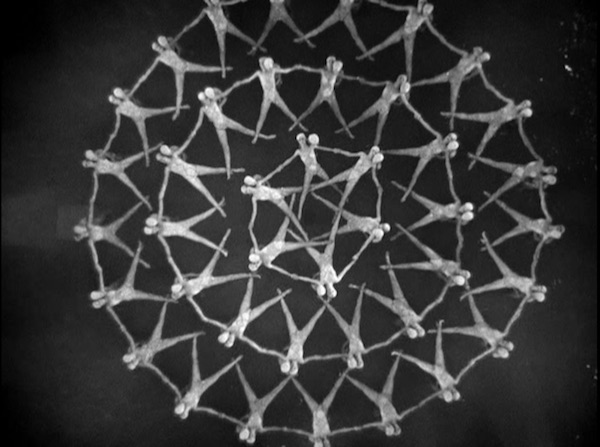 Footlight Parade is 84 years old, and ultimately when viewed through a heavy specialized perspective, it shows it age. However, audiences who enjoy musicals of this period should definitely check it out. It features some of Berkeley’s best choreography. Furthermore, the exciting performance by a very young James Cagney is absolutely thrilling to watch. The versatility he brings to this performance shows why he became a cinema legend.