Home » Movies » Classic Film Through a Feminist Lens: CREATURE FROM THE BLACK LAGOON

Classic Film Through a Feminist Lens: CREATURE FROM THE BLACK LAGOON

October is officially here, and Halloween is upon us. Here at Geek Girl Authority, it seemed like a perfect time to bring back our Classic Film Through a Feminist Lens feature. Horror is a genre which inspires discussions of gender and sexuality. Sometimes it can be progressive, other times it seems to target women; however, the conversations are always interesting.

The Creature from the Black Lagoon is a later entry in Universal’s classic horror series. The film starred actors Richard Carlson, Richard Denning and Julia Adams as a group of scientists who travel deep into the furthest reaches of the Amazon Jungle. The group of biologists and ichthyologists hope to solve the mystery of a strange fossil recently dug up in a nearby village. However, they get more than they bargained for when the half man, half fish “Creature from the Black Lagoon” takes an issue with their presence. 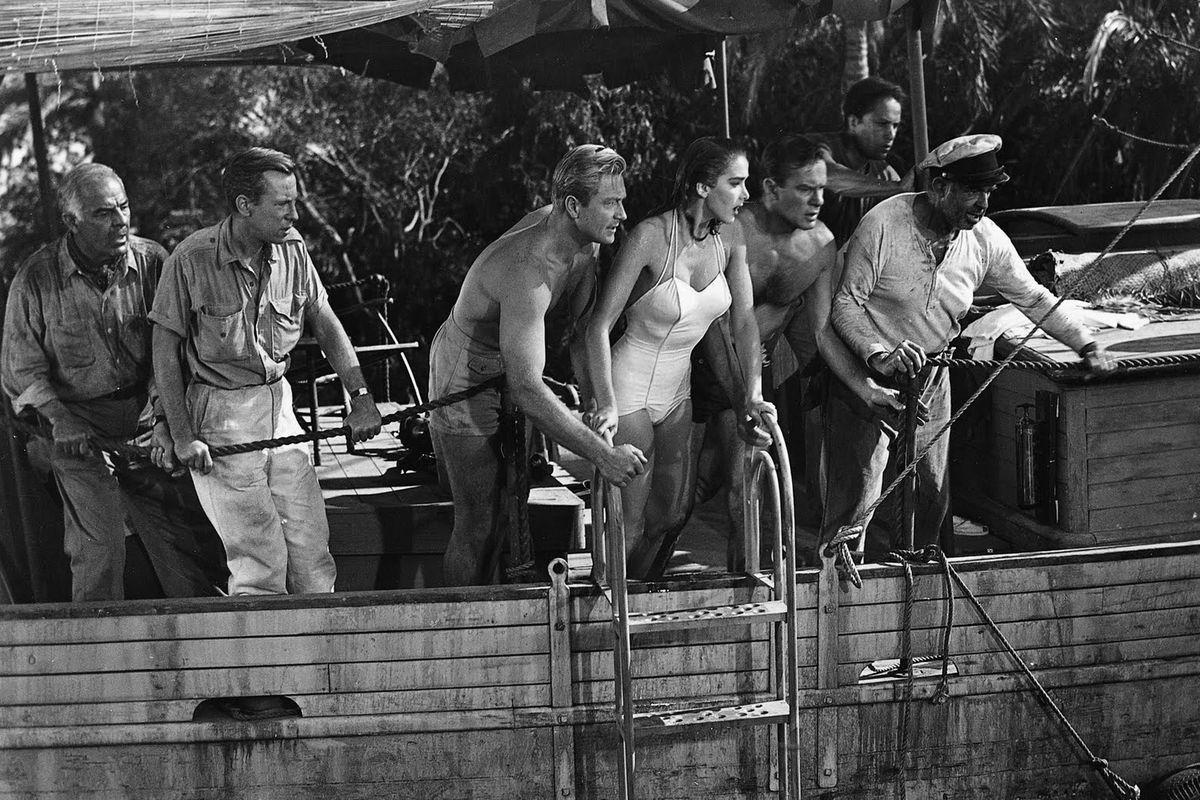 The film comes from the early 1950s. This decade saw the horror genre in the middle of a transformation. The turn of the 1950s might have brought the end to World War II, but it also brought the threat of nuclear war and the fear of a growing Russian (read: Communist) threat. Horror films at this time were less about fantastic monsters like Frankenstein and Dracula. Instead, movies focused on the dangers of nuclear fallout. Suddenly our heroes found themselves fighting against mutated creatures of nature. 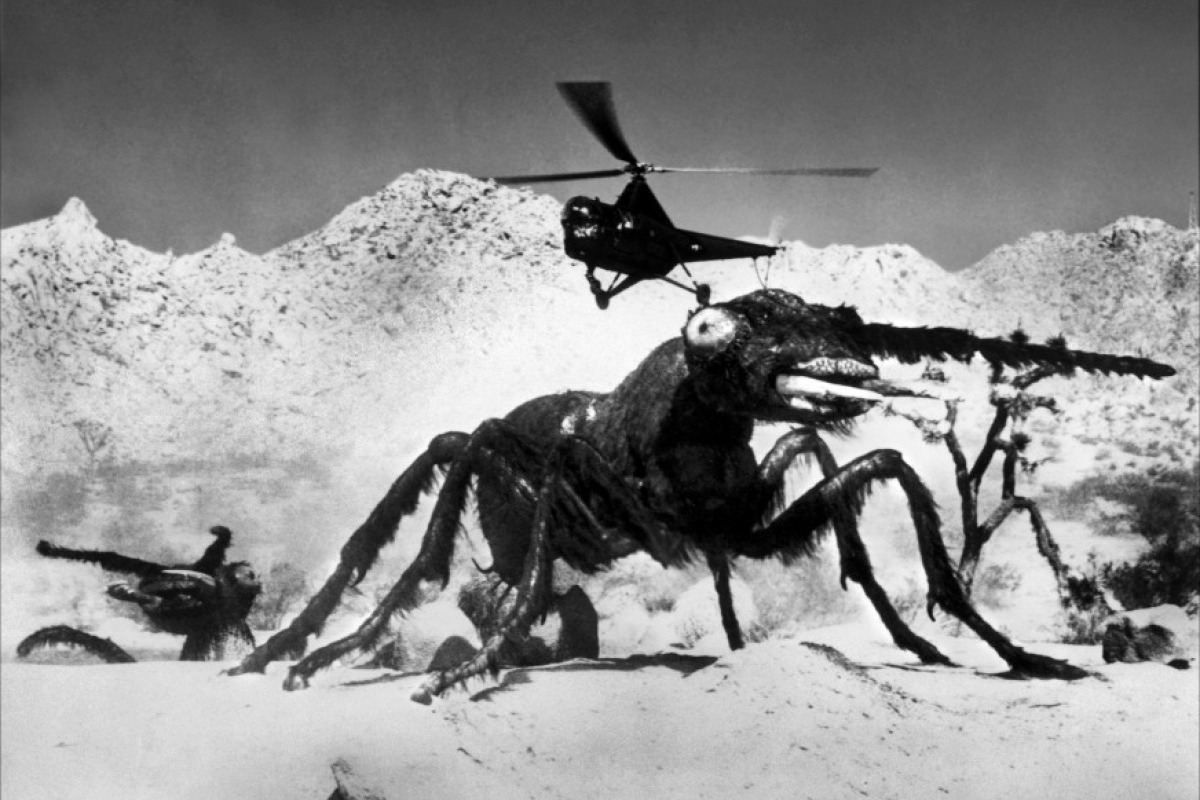 The fear of nuclear fallout is not stated overtly in this film. Rather, The Creature From the Black Lagoon’s narrative roots stem from scientific development and evolution. This becomes clear from the opening moments of the film, which begins in a scene which feels like an educational newsreel from the era. The booming voice of an omniscient narrator plays over stock footage, sketching out the birth of life from its earliest forms. As the film plays, it seems the development of modern culture has seemingly passed right around The Creature From The Black Lagoon. This feels very specific to the 1950s as well. As a decade (likely thanks to the push of World War II) society saw a tremendous amount of advancement. This only intensified throughout the decade and into the 1960s. 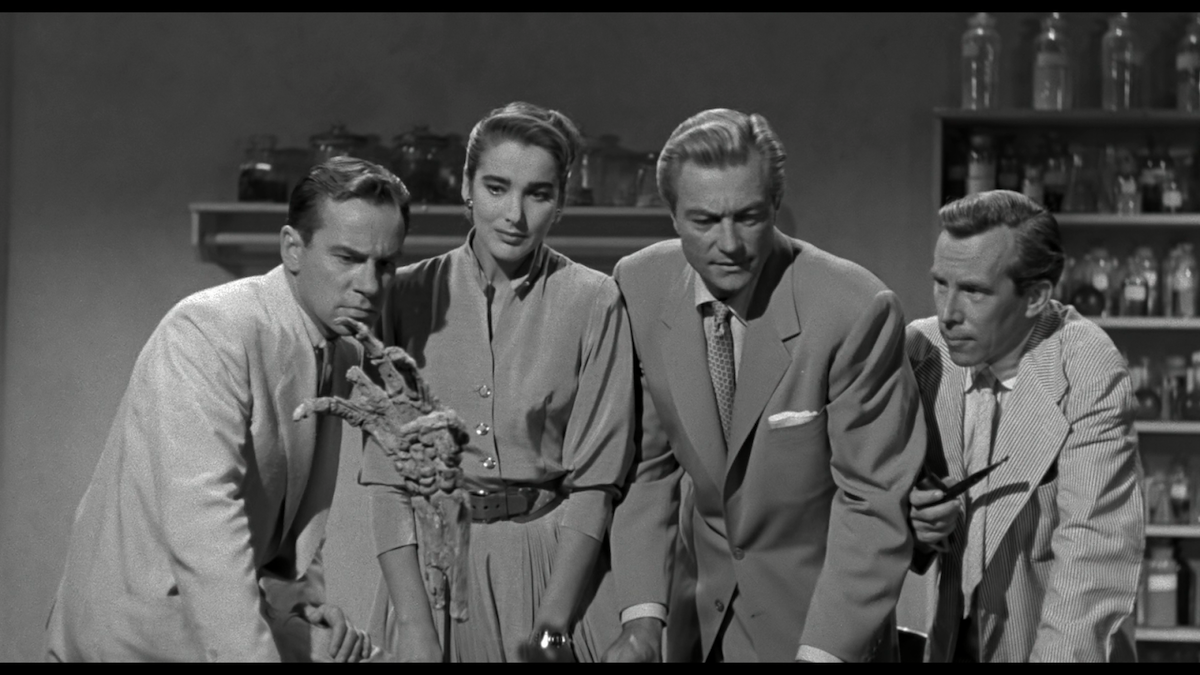 When examining the film’s characters, it stands as an immediate Bechdel test failure. The Creature from the Black Lagoon presents only one female character. Kay (Julia Adams) is an ichthyologist who travels with the group to the Black Lagoon. It is refreshing that she is allowed to be a scientist, as the character could just as easily have been written a secretary.

Early in the film, she works on experiments and even makes valid contributions to theoretical discussions. She is a strong scientist. However, she is (of course) dating her co-worker David (Carlson), another scientist in the group. During an early conversation with another member of the group (Whit Bissell) the subject of marriage comes up. David mentions that Kay is about due for a raise, “that way she can afford me”. The moment is an interesting one, as they seem to be flying in the face of traditional 1950s views.

However, as the narrative continues to develop, Kay’s role in the film shifts. While she begins as a scientist, as the story moves forward, Kay morphs into purely David’s girlfriend and the resident damsel-in-distress. She gradually finds herself with less and less to do. In fact, her main duty onboard ship is to stand on deck in a surprising amount of outfits. She packed incredibly well for a scientific jungle excursion.

Throughout the history of horror cinema, a trope quickly established itself connecting the female lead to the creature. This can be seen in filmic examples as early as The Hunchback of Notre Dame in 1923 and The Phantom of the Opera in 1925. Audiences are probably most familiar with this trend as its seen in 1933’s King Kong. In some films, a mutual connection forms between the leading lady and the creature. This is evident at various points in all the films listed above. The Beauty and the Beast storyline is an important one in the horror genre, and is present in The Creature from the Black Lagoon.

In The Creature from the Black Lagoon, Kay does not reciprocate the Creature’s apparent fascination with her. While she is kidnapped in the third act, the Creature is not violent or hostile towards her character. 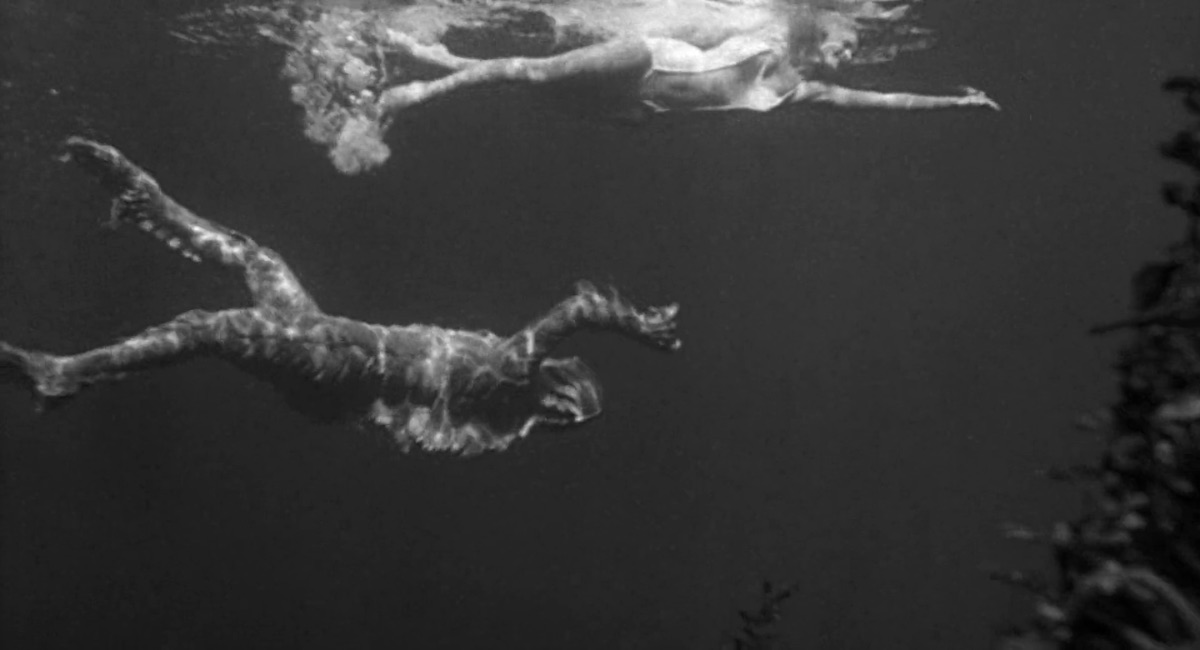 A fascinating example of this happens toward the film’s third act. Bored by a particular lull in the action, Kay decides to take a swim in the surprisingly clear water. As she moves, the camera films the sequence from underneath. In a moment of surprising synchronicity, the Creature swims directly beneath her. He’s on his back and she swims on her front as they match each other’s pace through the water.

The moment is silent and peaceful in the chaos of the previous scenes. With the characters so in-synch, the film seems to be directly comparing Kay to the Creature. Some theorists have even argued the moment is subliminally sexual. However, this moment clearly works with other scenes which depict the Creature’s fascination with Kay. He watches her. At one point, he swims up and gently strokes her leg. The Creature treats Kay with tenderness. Its behavior is devoid of the violence often directed towards the other members of the crew.

Kay’s femininity stands out as “other” in the course of the narrative. Not only is she the only woman present on the expedition, but she’s also a scientist in 1953. This is inherently “other” at this point in time. Could this be what attracts the Creature? It somehow picks up on her isolation and identifies with it as it watches them from a distance. Viewing the film from a contemporary perspective, the movie’s take on gender and sexuality is definitely problematic in Kay’s overall lack of agency. However, the Creature does not attack her because of her otherness; rather, it functions as a point of identification for the Creature. While this might have played differently in 1954, it seems less threatening 60 years later.

The Creature from the Black Lagoon is very much a 1950s horror movie. The questions the story asks deal with science, expansion and evolution, all of which tie this film neatly into the unique sociological climate of the 1950s. This seems also true when examining the movie’s treatment of gender. Femininity is most certainly seen as an “other” in the narrative. While this might have played much scarier in the middle of the twentieth century, it seems less threatening when viewed through a contemporary lens.

The Creature from the Black Lagoon is widely available on DVD.