Home » The Daily Bugle » Checking in with CheckPoint: A Brand New Non-Profit Promoting Game Therapy for Mental Health and Well Being

Checking in with CheckPoint: A Brand New Non-Profit Promoting Game Therapy for Mental Health and Well Being

Gaming for mental health is a burgeoning field. Many people will tell you that they have found solace in gaming while going through a hard time, or that when they’re feeling overwhelmed there’s a certain game they turn to to help them through. But more and more there is gathering evidence that gaming for mental health is psychologically sound. And there are a few groups cropping up that are bringing together these evidence based studies, and providing safe spaces and resources for health practitioners, game developers and gamers alike.

One such group is the brand new, Australian based, not for profit CheckPoint co-founded by Dr Jenifer Hazel, a doctor specialising in psychiatry and Jane Cocks, a psychology researcher who is a PhD candidate focusing on the intersection of psychology, games and stories. Wanting to take their mission to the streets this lovely pair were a huge part of the various panels at this year’s PAX Australia, and provided a safe space with their CheckPoint outreach point in the Diversity Lounge.

GGA was very fortunate to catch up with Jane Cocks whilst at PAX Aus. 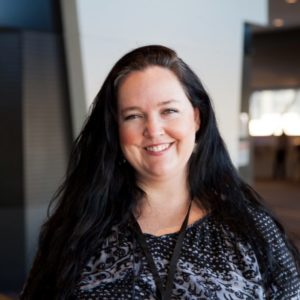 GGA:     Tell me a bit about yourself, I know you’re a PHD candidate, but what really drew you into gaming and mental health and why is it a passion of yours?

JANE:    Well I started out in IT – computer science. When I left I was, for the first few years of my life, a helpdesk person – fixing technical problems. And we always had gaming technology in our household. We had one of the first Macs that came into Australia and I played it constantly. It’s why my nickname is Janey Mac.

I’ve always had a very strong connection with tech, interactive media and games so that was my first career choice. A year into my degree I realised this wasn’t for me, I want to work with people. I want to help people. So I ended up going back and doing two psychology degrees. And so for most of my career I’ve been a psychology researcher, looking into mental health and well being trajectories, how they’re effected by life events and how to build resilience.

In 2013, interactive media and gaming technology were moving towards this idea that games can be a positive thing. The pinnacle moment was when I saw a TED talk by Jane McGonigal called “Games can make a better world” and I though, that is so true, they can. And I wanted to learn more about interactive media and how we can make these games. And surely if we’re making these games that can change people positively then game designers will need help from psychologists. So I thought I’d have to go back to study and do a PhD about bringing psychology theory to inform a framework for game design so that we can use narrative to help people change positively. Because we use narrative to make sense of the world, the way we change our thoughts is by challenging them with other ideas. Which makes narrative in games a really powerful element for persuasion and motivation.

Sorry that was quite detailed!

GGA:     No, that’s great! It gives an insight into a different aspect of gaming therapy. A lot of people have been saying that “it helps me switch off”, “it helps me to engage or connect with another character” but to put the narrative in there specifically to challenge ideas is definitely another step that we need to be taking. And the more we can see that in new games we’ll see a lot of positives from it.

Now CheckPoint itself is only 5 months old, yes?

JANE:    Yes! So we’re a very young company. We’ve been operating under the banner of CheckPoint for only five months but we’ve been doing all the activities that are associated with it for a couple of years now. Jen and I have been doing outreach at conventions just generally promoting health and well being technology and doing research communication. As well as conducting our own informal research.

GGA:     And how have you amalgamated all of that? Apart from putting it into a website that anyone can access, how are you taking this to the people?

JANE:    So we have a number of activities that we do. In terms of our community engagement the biggest one with a consumer audience is our reach out rooms – CheckPoints – that we do at shows like AvCon, RTX, PAX. We also do wellness workshops with game development businesses. We also do education sessions with health providers and health professionals to educate them about the health and well being tech that’s available that they can then utilise in practice. So we’re connecting with consumers, game developers, and health professionals in all these different outreach sessions and in person. We’re also in the process of developing video and written resources that can be downloaded for free by anyone in the world.

And it’s all about evidence based practice of utilising video games for therapeutic benefit but also for the game devs how to properly represent mental illness in their games and how to be sensitive and accurate in their representation.

GAA:     I love that not only are you collaborating this and going out of your way to find this research but you’re putting it into a space that anyone can access. And that is just so vital.

JANE:    That’s right. A lot of this research and this information is gated. And a game developer is not usually a health professional as well, so a lot of this evidence based research and this really sensitive accurate character representation of illness, they don’t know it. So that’s what CheckPoint is for. And it’s really important to us that this information is freely available. And we’ll be promoting it so everyone knows that it’s there.

JANE:    I don’t recall any studies that have looked at the breakdown of mental illness and diagnostic criteria and which genres or styles are most beneficial. But I do know that with anxiety, repetitive games, mechanical games, games that encourage the state of flow have been proven beneficial. And narrative type games are fabulous for transportation and immersion. And if you have individuals who are experiencing depression it literally just transports them out of those feelings into another situation, effectively giving them a break.

GGA:     Do you think that sort of a study is something that should happen to further develop games specifically for mental health and well being?

JANE:    Yes. Definitely. There needs to be a toolbox!

GGA:     And I suppose that once we get to a point that we do have these toolboxes, if you have a patient that does have depression, these are the top five games recommended by healthcare professionals. And potentially as a psychologist you can ask “do you enjoy gaming, why not give this a try?” But understandably there’s a lot more research to be done.

JANE:    And research is such a slow process. It’s a long and windy road, but we travel it.

GGA:     And we’re glad you do! Now, we’ve been talking a lot about game development, and the software component, creating the game itself. But what about the hardware? There’s a new wave of Virtual Reality, Augmented Reality, Biofeedback and portable gaming. How do you think this will change gaming for the better in terms of well being?

JANE:    Oh, that’s a huge question. And I actually don’t know the answer. It’s a very, very exciting field and there’s working being done in the biofeedback area. There’s a game called Nevermind, it’s a horror game but it’s actually to help you calm down. There’s some really cool stuff happening in that space. There’s heaps of VR development with both physical and mental health therapy. Coping with anxiety. All of these things, there all happening now.

There’s not solid evidence based foundation yet because it’s all new territory. And there’s a bit of a barrier to entry as all of the tech and hardware is still quite expensive. Particularly for devs who might not be going into this as their one and only thing. But I guess once that cost starts going down and health professionals and bigger corporations start showing an interest in the fact that games can have a very therapeutic benefit, there’ll be more investment in creating these evidence based studies that show that it’s really quite amazing.

GGA:     I just have one more question that we definitely need to ask. How can gamers and the general public help CheckPoint? You are so vital to the future of therapeutic gaming, how can we make sure you are successful?

JANE:    Oh, what a lovely question. That’s a beautiful question. We can’t exist without public support and donations. We gratefully accept all of that. We invest all of our time and money into creating those research projects, communicating that they’re evidence based. Visiting healthcare professionals. Coming out to events like PAX. All of that costs time and money. So donations are incredibly, gratefully, accepted.

We also have a team of volunteers. We would love, if you’re interested, for you to get involved. And the best way to do that is to sign up to the CheckPoint network. We only send out about one email a month, just to update what’s going on, what’s new on the site, events and to call out for volunteers.

And also, just general signal boost. We know everyone is connected to new and different people and they’re in their own communities. There’s a lot of content on the website, if you could share that, get the word out. If you hear of anyone developing anything, or if anyone has any questions. Or if, y’know, someone says “I want to make a game about horror and mental illness”. It’s like, dude, no, go visit CheckPoint.

GGA:     Well thank you so much Jane, it’s been a real pleasure. I really appreciate you taking the time to talk to me. All the best, and I look forward to seeing the exciting things CheckPoint will be doing in the future.