Champions Of Midgard – A Jarl Among Worker Placement Games 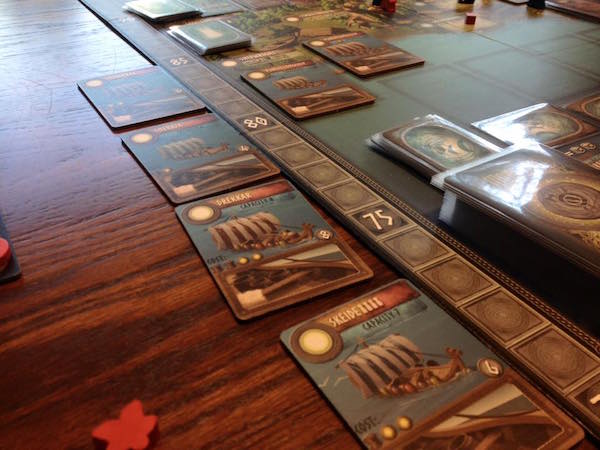 Worker placement is a staple of many table top games. Send your meeples out, gain the resources they acquire, and turn those resources into a victory point machine. There are a few ways to mess with your opponents, like blocking, for instance, and player interaction often takes a back seat to math. Despite that, I actually find worker placement to be an enjoyable game mechanic. But I also love dice rolling (chucking). For this reason, I’ve had my eyes on Champions of Midgard for some time. Published by Grey Fox Games and designed by Ole Steiness, Champions seats 2 to 4 players and takes about 90 minutes to play. 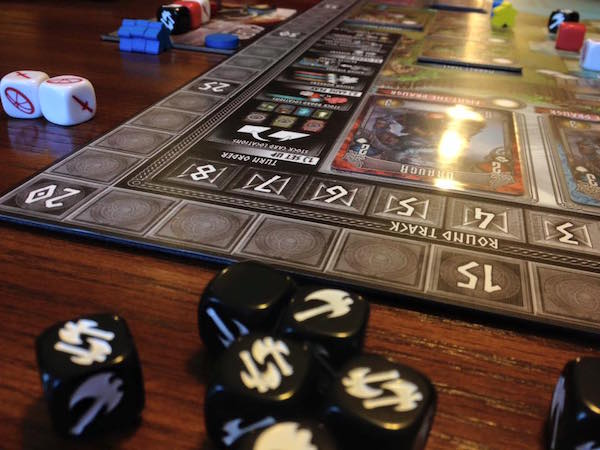 Players are Vikings sending their workers out to gain wood, food, runes, boats, sagely information, fortune tokens, and most importantly, warriors (in the form of red, black, and white dice). The main goal of all these resources is to defeat monsters and gain the resulting rewards – victory points, gold, etc. This is where Champions of Midgard soars as a game. At the end of worker placement, players take their warriors and assign them to the different monsters they promised to fight. Then those battles are resolved by rolling those warriors against the monsters’ stats. Monsters hit back, even as they are dying, and casualties are a regular occurrence, which I find thematically comforting in a game about Vikings! 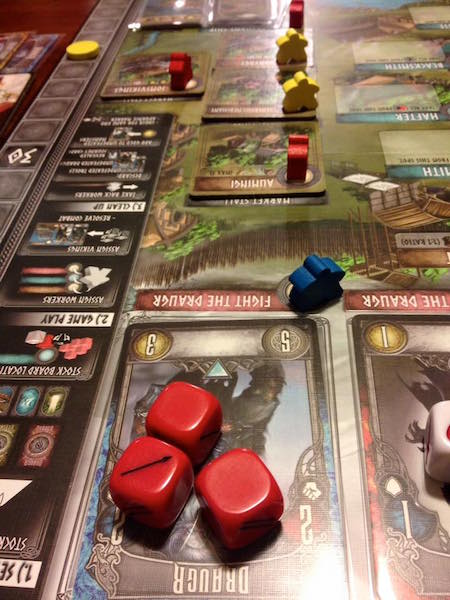 We played a 4 player game and there was constant yelling (both happy and sad) as a result of rolling and watching other players’ rolls against the monsters. When the guy in first place rolled all blanks on his dice against the Draugr, the rest of us squeed with joy. While this may not be high-brow gaming worthy of a Spiel de Something, I don’t recall this type of excitement in other worker placement games. And that is fine with me, because rolling dice and killing monsters has been fun since at least 1974, Gygax be praised. 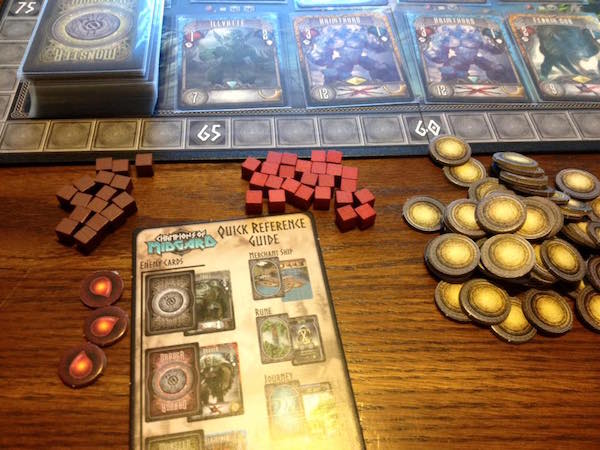 The art in the game is fantastic and very thematic. There is enough strategy in the worker placement phase, with plenty of decisions and not always enough space to get what you want (blocking). A good portion of strategy also revolves around deciding which monsters to target. Each round there is always a Troll and two Draugr that will be threatening your village. If no one defeats the Troll, ALL players get a blame token. (It’s not very VIking-like to let a Troll attack your village). But if a player does attack and defeat the Troll, that player gets to remove one of her own blame tokens (if any) and then assign a blame token to another player. (That’s pretty mean). At the end of the game, blame tokens will deduct points from your score. If you have 6 or more blame tokens at the end of the game, that’s minus 21 points. Ouch! 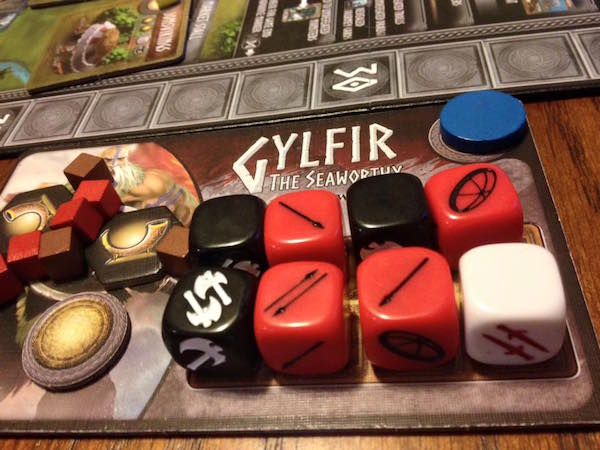 Another cool feature adding some strategy to Champions is that there are up to 4 monsters who are located on distant shores. Players can use ships (either rented our owned) to send warriors, along with food for the journey, to get to those monsters. Each of these monsters is “guarded” by a journey card, placed faced down above the monster. This journey card may be nothing, or may be a Kraken that you have to fight, or a storm to overcome. In the latter case, you may lose provisions or warrior dice before you even get a chance to fight the actual monster. This could cripple a player. So outfitting your ship is an important part of your turn. This interacts well with the worker placement phase because you have the opportunity to look at one of these journey cards by sending a worker to the Sage’s Hut. While this costs one of your worker slots, it may provide the difference between success and failure later. I really liked that aspect of the game. There is a lot going on, but it is not overwhelming by any means. 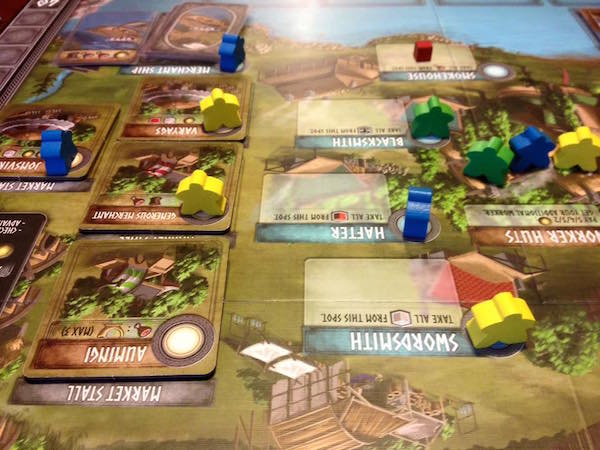 I cannot recommend Champions of Midgard enough. The Viking theme is well implemented, there are enough meaningful decisions, and most importantly, the player interaction is robust for a worker placement game. Luck plays a factor, obviously, but I found that even though it pissed me off when I rolled blanks, ultimately it added to the fun because at least everyone was making fun of me while I did it. So that’s it. Check this game out.

Thanks for reading, and as always, nerd on. Check out our website at www.dicedropgames.com for this and other cool games.