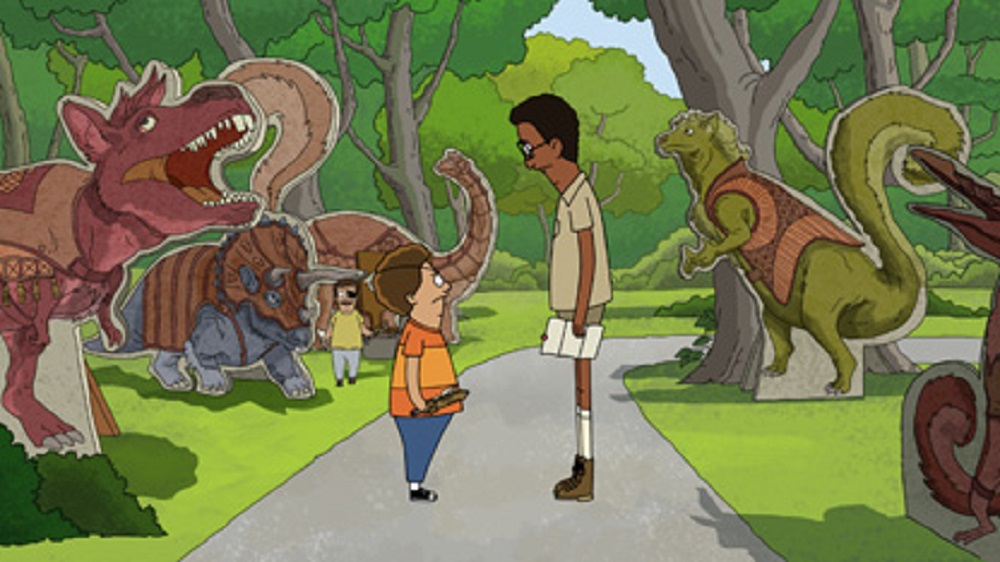 DISCLAIMER: This recap of Central Park episode “Squirrel, Interrupted” is rife with spoilers galore. You’ve been warned. Proceed with caution.

Welcome back, park goers! Central Park gave us a whimsical installment this week. We finally got a full-fledged Cole solo! Tituss Burgess has such an exquisite voice and I feel that he’s been massively underutilized in that regard. Thankfully, the Central Park Powers That Be answered my silent prayer. I really dug Cole and Owen’s scenes together. It was refreshing to have an episode wherein the Tillerman family spent time together as opposed to having separate story lines. In addition, we learned that Brendan, Molly’s crush, is related to Bitsy. His connection to her will mostly likely bring the Tillermans and Bitsy together for one last showdown.

Alright, ready to delve into “Squirrel, Interrupted?” Let’s get to it.

Now, we open with Cole (voiced by Tituss Burgess) diving headfirst into an exuberant solo number. He’s excited because his favorite book series, The Squirrel Quarrels, is having a scavenger hunt (or “squavenger hunt”) in Central Park. Essentially, the protagonists in this book series are supernaturally gifted crime-fighting squirrels. Paige (voiced by Kathryn Hahn), Owen (Leslie Odom Jr.), and Molly (voiced by Kristen Bell) are less than enthused regarding this development.

Next, Owen joins Cole for the hunt in a bid to solidify some father/son bonding time. Paige seizes this moment to persuade Molly to join her in a jovial game of “Mother/Daughter Blood Chess.” As we already know, Paige is very competitive when it comes to, well, everything. Then, Molly shocks Paige by severely wiping the chess board with her. Molly is actually a highly gifted chess player. She muses on whether she’s ready to take on the skilled chess players of Central Park. Paige is reticent, but she joins Molly on a sojourn to see who’s the best at chess in the park. 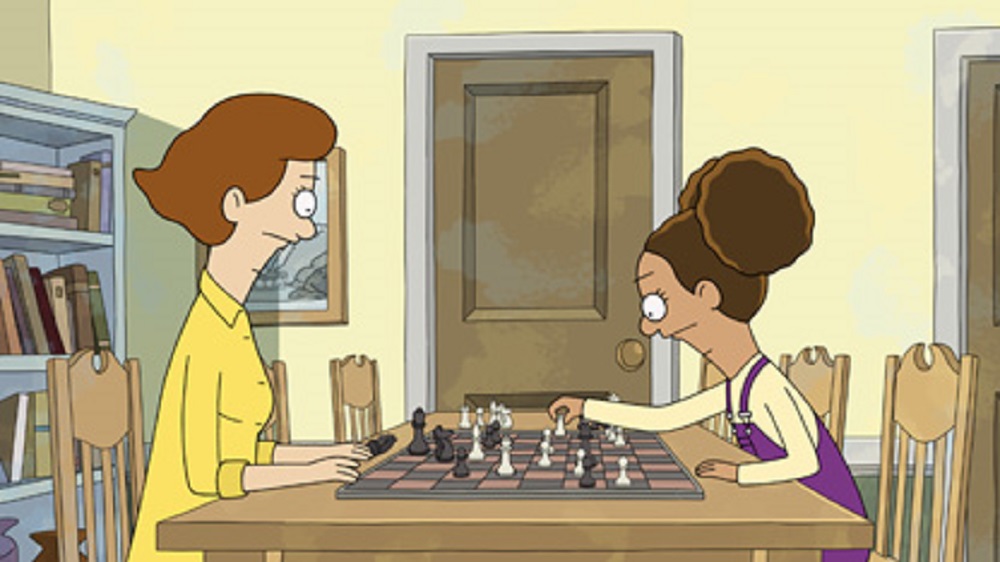 Meanwhile, Bitsy (voiced by Stanley Tucci) and Helen (voiced by Daveed Diggs) arrive at the Brandenham family gathering hosted by Bitsy’s brother Ambrose (voiced by Ed Asner). Bitsy bursts into song wherein she trash talks her family members. Her grand scheme? She wants to propose her bid to buy Central Park to her family. The greatest real estate deal in the history of real estate deals!

Then, we see Owen and Cole are at the opening ceremony of the “squavenger hunt.” The winner of said hunt gets to have dinner with the author of The Squirrel Quarrels. The highest honor, to be sure. Cole’s friend Enrique joins the pair. Owen boasts that his unlimited knowledge of park monuments may give Cole an unfair advantage. Perks of having the park manager as your dad!

Next, Paige and Molly arrive at the chess players’ hangout. Molly takes on a boy around her age in a rousing game of chess. Paige is anxious, but nevertheless she emphatically cheers for her daughter. Owen and Cole begin to get on each other’s nerves. Owen despises the squirrel books, so his enthusiasm is waning. Meanwhile, Cole is overly enthusiastic. The pair eventually go their separate ways amid the hunt. Birdie (voiced by Josh Gad) does what a good narrating troubadour should. He provides us with accurate narration and refrains from involving himself in the story line.

Later, Owen and Paige chat on the phone. Paige is over the moon — she feels like she’s nailing the whole “being a parent” thing. However, Owen feels the opposite. He believes he should move to a “parenting fail” island and live out the remainder of his days in solitude. Owen and Paige finally get a duet as they both melodically revel in their accomplishments/failures. Molly beats the young boy at chess. Now, she wants to challenge the greatest chess player on the block — an older Russian man who’s an expert in every sense of the word. 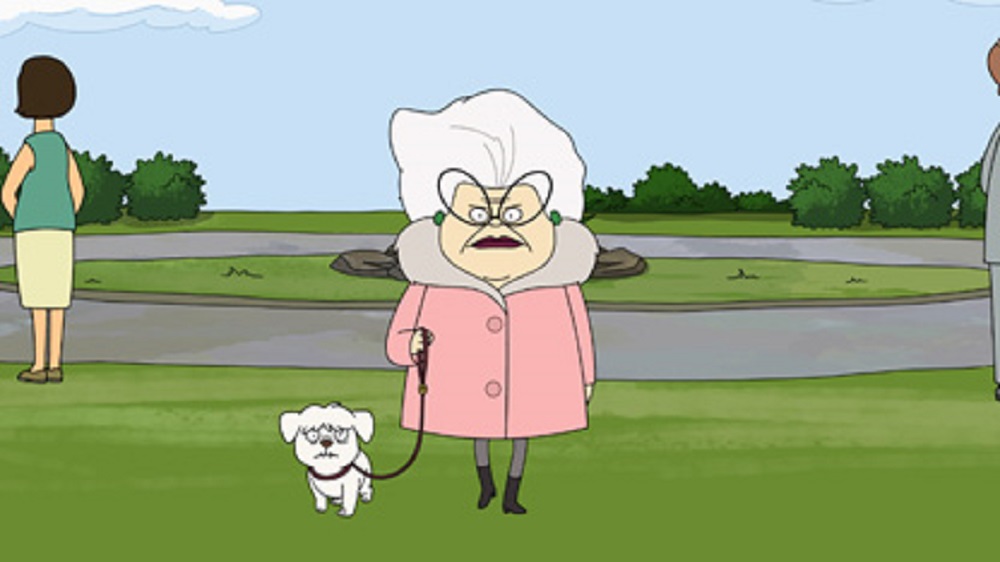 Meanwhile, Ambrose brings the Brandenham family together inside his opulent estate. Everyone goes around the room and discusses their achievements for the year. We see Brendan (voiced by Eugene Cordero) sitting next to Ambrose. Brendan talks about how he met a girl named Molly. Helen surreptitiously wanders into the kitchen and knocks down Ambrose’s butler (voiced by Marc Evan Jackson). The latter was preparing a meat shake for Ambrose. Yes, it’s exactly what it sounds like. Helen locks the butler in the broom closet.

Now, Molly challenges the expert chess player. He accepts said challenge and the pair duke it out, much to Paige’s chagrin. Cole and Enrique are blasting through the squavenger hunt, collecting clues left and right. Owen reunites with Birdie (who inevitably got involved with the story) and explains that he read The Squirrel Quarrels to familiarize himself with the story. That way, he could crush the squavenger hunt for his son. How sweet. Next, Cole and Owen hug it out and apologize. Then, the trio (Enrique is still there) embark on a journey to finish the hunt together.

Meanwhile, Ambrose grows weakened from his lack of protein. He calls out for his meat shake, but his butler is nowhere to be found. Bitsy seizes the opportunity that Ambrose’s fatigue provides to announce her plan. However, nobody in her family is impressed with her bid for Central Park.

Later, we learn that Molly lost to the chess expert. Paige is distraught and under the impression that she coaxed Molly into a state of unpreparedness. However, Molly reveals that she’s not disappointed. She observed how the expert beat her so she could learn from the experience.

Next, Brendan catches Bitsy right before the latter departs the family gathering. He believes that buying out the park isn’t feasible since Central Park is public property. Bitsy asks Brendan to free Ambrose’s butler from the broom closet. Methinks Brendan will contact Molly with this news very soon.

Then, we see Owen, Cole, and Enrique are wining and dining with The Squirrel Quarrels author. They won the squavenger hunt after all! All is well in the world…for now.

Now, I’m curious to see where the last batch of episodes take us. Central Park is already laying the groundwork for a Bitsy vs. Owen showdown, but they need to pick up the pace. That’s this show’s downfall — inconsistent pacing. However, my hope is by next episode the action will take off, no holds barred. Regardless, this “cotton candy” series is still enjoyable if you want a laugh or a good toe-tapping tune.

Do you think Brendan will tell Molly about Bitsy’s formidable deal? How will Owen react to that news? Will Paige finally get her big break? Join me next week as I recap Central Park, here on Geek Girl Authority. 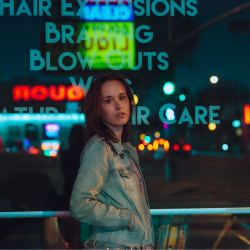 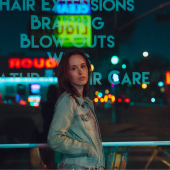