In the first episode of Castlevania, we were introduced to our main cast of characters. We know Dracula’s motivation for seeking vengeance upon the people of Wallachia and why Alucard will be the one to try to stop him. We got our first glimpse of Trevor Belmont and we also got an introduction to the Bishop, a man who will undoubtedly play a key role in this story. Now we’ll see where all of this takes us in episode 2, “Necropolis.”

Related: Check out our recap of Castlevania Episode 1 “Witchbottle”

This episode starts where the first one left off, in the tavern in the small town of Murdenu. Bosha is still complaining about the Belmonts, much to the unnamed man’s chagrin. Just as Bosha starts to rile up him companions, the man stumbles his way to the bar and asks for another drink. The bartender is disinclined to give him another until he’s produced some coin. Fumbling through his clothes, the unnamed man doesn’t seem to have any luck, but unfortunately Bosha sees the family crest on his shirt. He identifies it as the Belmont crest right away, but the man tries to diffuse the situation.

It doesn’t work. Bosha and his cousin Kob come after him, and we get a little backstory about the Belmonts. The story goes is that the Belmonts were excommunicated by the Church and lost all of their lands because of their dealings with black magic. Bosha blames the Belmonts for bringing evil into the world and for the rise of Dracula so he finds this as the perfect opportunity to rid the world of one of them, but he demands a confession first. The unnamed man refuses and tries to set the record straight, and tries to leave. 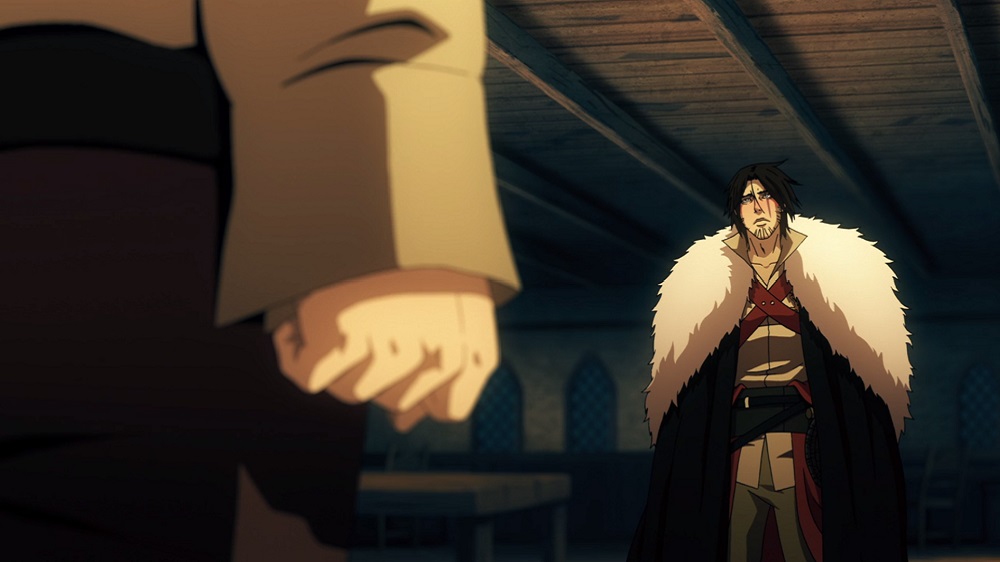 Bosha stops him and an altercation ensues. After kicking the unnamed man right between the legs, the man admits his name: Trevor Belmont (Richard Armitage), the last son of the Belmont clan. After that things get a little comedic. Trevor does his best to fight off the four men, but being inebriated doesn’t help his fighting moves. After a few punches to the face and yet another kick between the legs, Trevor tries to fight back. “I’m Trevor f-ing Belmont, and I’ve never lost a fight to man nor f-ing beast,” he says as he wipes blood from his face.

The second wind is short lived as he is tripped and falls to the ground. Kob grabs a chair and slams it down on Trevor.

Somehow Trevor is able to stumble out of the tavern, perhaps he was the victor after all.

The next morning, Trevor awakens in a forest and he is a little worse for wear. Coming to a clearing he sees the ruined city of Gresit down in the valley. Knowing that this is the only place where he can find food for miles, he prepares to make his descent. Off in the distance he sees some stragglers from Dracula’s demon army leaving the city and he hears the screams of some of the townspeople. “Here we go,” he says, resigned.

While he’s in the town Trevor is able to buy some food and talk to the townspeople. He learns that Dracula’s army comes at night and attacks the people, but there are no defenses in place. The only people there to help are called the Speakers. Some townspeople hope that the Bishop will be able to fix their demon problem, while other people believe that the Sleeping Soldier will awaken from his slumber to battle the demon army. 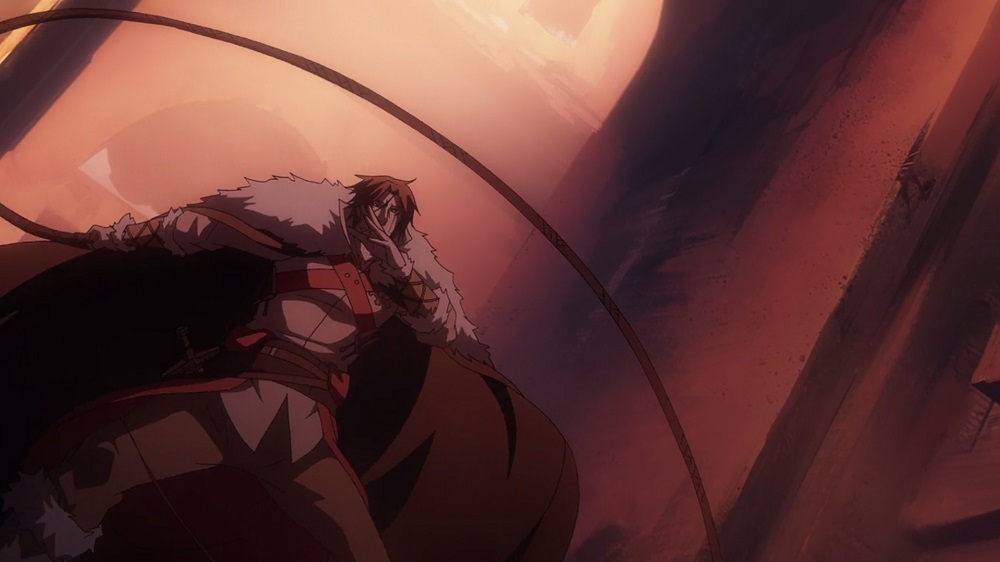 Either way, Trevor is not too interested in the townspeople’s plight. He seems to have a complete disregard for some of their troubles, even going to so far as to spit as he passes by a mass grave. However, something does stop him when he comes across an old Speaker being harassed by two men of the Church. He warns the men to leave, but they refuse to listen. Trevor, being “stone-cold sober,” rather adeptly (and brutally) teaches them a lesson.

The older man introduces himself as the Elder of the Codrii Speakers (Tony Amendola) and leads Trevor to the Speakers’ house in Gresit.  Curious as to why the Speakers are there, Trevor questions their motives, and the Elder tells him about what has happened in the town, the death of Dracula’s wife, and the Speakers’ need to aid the townspeople.

As keepers of oral histories, the Speakers are also there for another reason: they are looking for the Sleeping Soldier. Unfortunately, they lost one of their own, the Elder’s grandchild, who went down to the catacombs looking for this hero of legend. 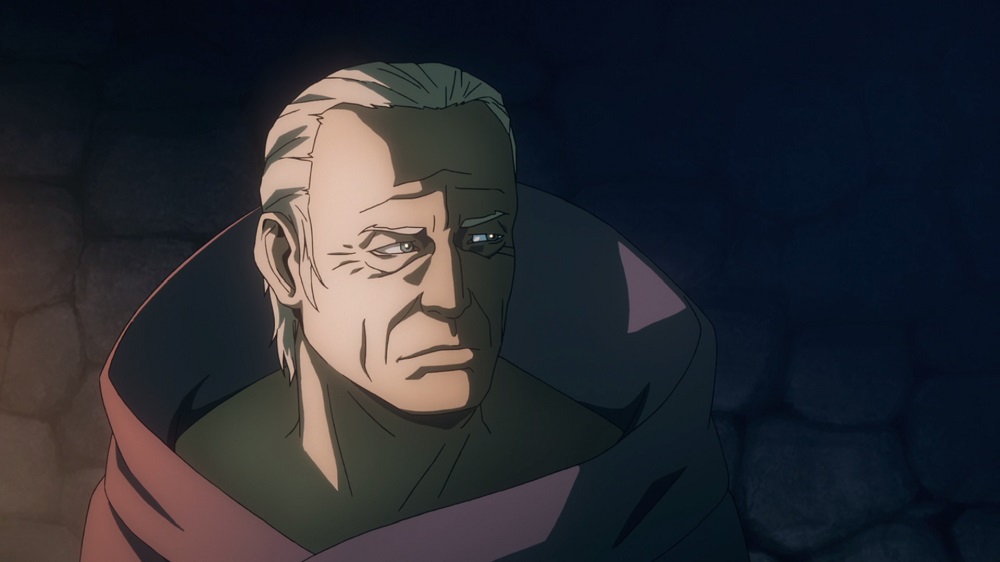 The Elder wants to know what Trevor plans on doing next, and Trevor, still intent on leaving the townspeople to their fate has come up with a plan to sit on a tall tree and watch the city burn. This appalls the Elder, but to Trevor the Church has made it clear that they don’t need the help of the Belmonts to fight off the monsters.

Knowing that the Speakers will face the same fate as the townspeople, Trevor tells them to leave, but they have made up their mind to stay in the town. Trevor makes a deal with them: if he retrieves the Elder’s grandchild, then they will leave before nightfall. The Elder reluctantly agrees.

Before Trevor leaves, the Elder imparts some wisdom, “It is not dying that frightens us. It’s living without ever having done our best.”

“I don’t care,” Trevor says before he walks out.