The Cast Of BUFFY THE VAMPIRE SLAYER Reunites For Entertainment Weekly 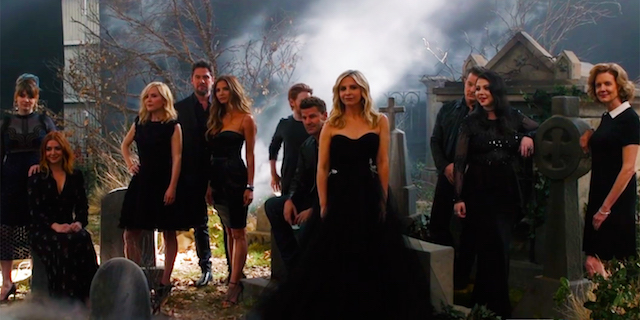 Buffy The Vampire Slayer is celebrating it’s 20th anniversary (ooo, that’s hard to say) and Entertainment Weekly has reunited the cast for a look back and the cover, of this weeks magazine. The only lead cast member who’s missing is Anthony Stewart Head (Giles), because he is currently starring in a play in London.

This television series was important. It tackled social, emotional and  coming of age issues through horror, comedy and often a song or two. Personally, it was a pivotal part of my life because I hadn’t seen anything before that scratched all of my itches, like Buffy did. It was a show that had something for everyone and often times, you could connect to more then one character or storyline, although I’m totally a Spike or probably Faith.

P.S. They all look exactly the same.

20 years in the making…and here it is!! Thank you @EW for making it all happen and @David_Boreanaz …for just being you!! pic.twitter.com/4cG8Q7vTcG

But you know I had to take some….stay tuned pic.twitter.com/WcRr8j1mXx

Let’s take a look at the behind-the-scenes:

Make sure you pick up your copy this week and if you want to revisit the series or introduce it to someone who hasn’t seen it, check out the entire series on Hulu.