The Case for Miranda Hart to be the 13th Doctor 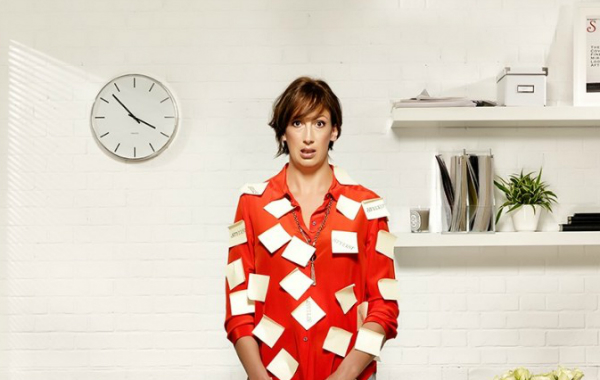 Although I started by putting forth Gwendoline Christie for the 13th Doctor, my real first choice would be Miranda Hart. There’s something about her comic stylings that strikes me as very much in keeping with the personality of recent Doctors. If there’s any chance of having a woman as the next Doctor instead of another bumbling white guy, maybe we can compromise by choosing a slightly bumbling woman? Maybe a six-foot, one-inch tall woman with terrific comic timing?

I feel like Miranda Hart could be the female answer to the goofiness of Matt Smith‘s Doctor. She has the physical size and potential for strength that I think would be fun to see in a Doctor. I can easily imagine her working things out semi-verbally as the Doctor does when he’s on the verge of sorting the whole thing out.

Remember her in Spy? She was so fun! She is a complete scene-stealer, and I would love to see her embodying the Doctor experiencing living in a woman’s body for the first time.

I don’t know why I feel like having the Doctor live in an atypically tall woman’s body the first time he regenerates as female would sweeten the experience so much, but I do. It’s hard for me to envision a female doctor who’s petite and ultra feminine. Maybe because the female Master, Missy, just didn’t work for me.

In any event: BBC! Please consider an alternative to “gangly white dude” for the 13th Doctor, and if you want to do something BOLD, look at Miranda Hart!

Having trouble envisioning it? Since she was sitting next to Capaldi while he talked to Graham Norton about leaving the show, maybe that clip will help!