The Walking Dead Season 8 premiere is a few months away.  SDCC is just around the corner and TWD fans will get their first glimpse of what’s to come.  Entertainment Weekly released the first photo from the highly anticipated season 8 that features fan favorites Daryl Dixon (Norman Reedus) and Carol Peletier (Melissa McBride). 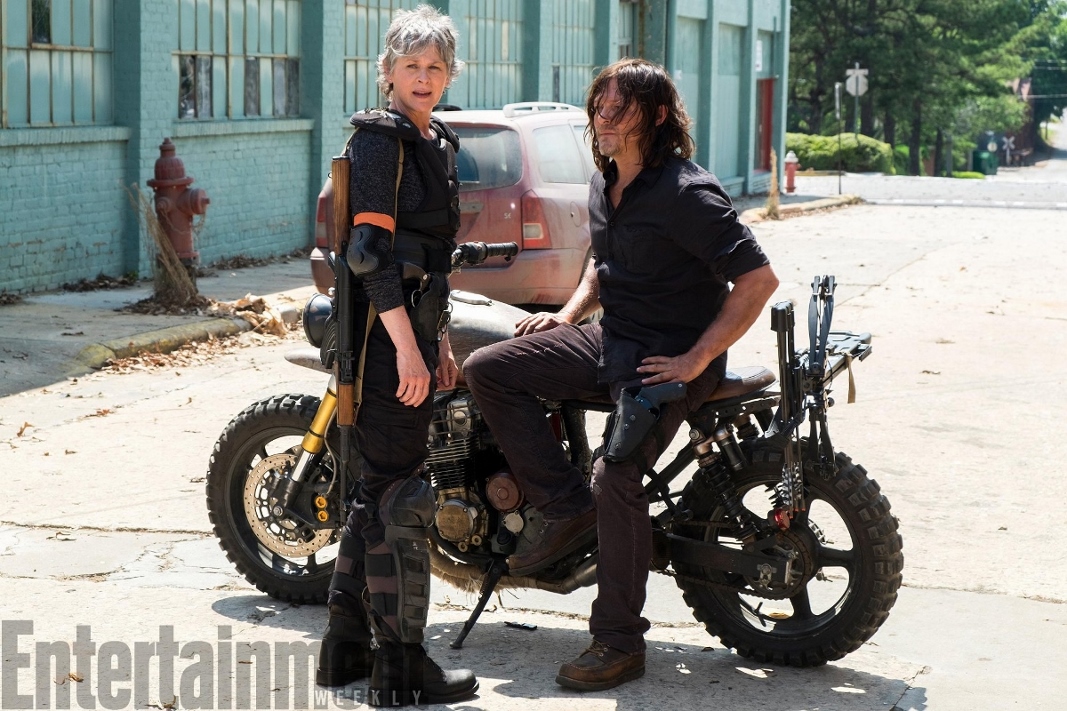 The relationship between Carol and Daryl is special.  Daryl started out as arrogant, loud, and rude.  Carol was a timid and soft spoken housewife.  In season 2, Carol’s daughter Sophia went missing.  Daryl searched high and low for the girl only to find that Sophia had died and was hidden right under their noses. The experience softened Daryl, but hardened Carol.

Fans had high hopes for the two to become romantically involved.  Yet, their strong connection is beyond romantic. They are both formidable and resilient characters who have past experience with domestic abuse.   They have experienced the best and the worst that humanity has to offer.  And yet, they still believe that people can be good.

Carol left Alexandria in search of peace within while the group encountered the Saviors shortly after.  Daryl didn’t tell Carol about that encounter.  He lied to Carol when she asked if everyone was okay.  Call it a mother’s instinct, but Carol knew there was something wrong. On the day that Alexandria stood up to the Saviors, Carol was there, leading the Kingdom into battle.

So now they are going into a war.  It’s only fitting that these two team up.

Executive Producer Scott Gimple told EW.com to expect more reunions and unique pairings of characters in Season 8. “The season finale last year, seeing all the characters together interacting as one, was thrilling. It was exciting to see all these configurations of characters we hadn’t seen before. Even Aaron merely giving Jerry an apple felt satisfying.”

The Walking Dead returns this fall on AMC.  Stay tuned to Geek Girl Authority for more exclusive photos, updates, and hopefully a trailer, when TWD returns to the 2017 San Diego Comic Con International next week!