Captain America: Civil War Thoughts: The Good, the Bad and the Ugly 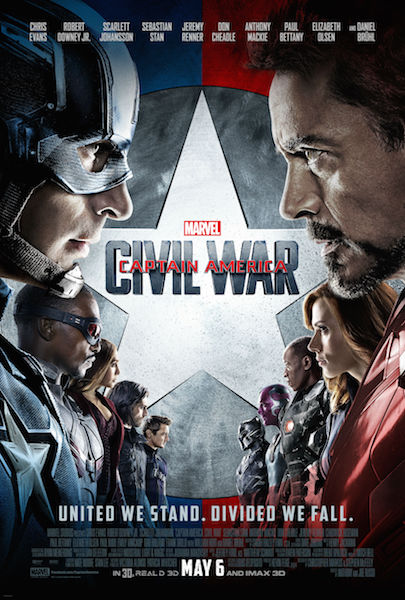 Phenomenal, intelligent, witty, funny, deep, fun, perfect. These are all of the words that you have heard to describe Captain America: Civil War, I’m here to tell you that what you have heard is true! Civil War is a near flawless comic book film, really it is just a near flawless film in general. This movie does what others have tried and failed, it brought heart to a comic book movie. What?! A comic book movie can have things other than action and quick wips? Yes. When is the last time you went to see a big summer blockbuster that brought tears to your eyes, or gave you goosebumps and made your heart drop? That would be a rhetorical question because I know the answer and it is NEVER! This movie tugs on your heartstrings, tickles your funny bone and send a rush of endorphins through your body that makes you want to jump out of your seat and join the fight.

Everything. I could just end my article here. I enjoyed every part of the movie, T’Challa, Spidey, Vision, the acing, the action, the comedy; I could go on and on. I won’t bore you with the same spiel that everyone else is by saying how amazing Spiderman was. We know. We saw the movie. The thing that stuck out to me about the movie is the timing. The timing was perfect. Everything from when the characters were introduced to the amount of screen time each character had was handled perfectly. This movie straddled the line between being Captain America 3 and Avengers 3 and I loved it. It did everything it needed to. There were 12 prequels to this movie and the payoff was absolutely worth it! While the ride to get to this film was fun, this movie transcends what Marvel has been doing. The Russo Brothers know what they are doing. They handle every character elegantly and each character’s story feels like it was an integral piece of the plot, the Russos really cared about this film and it shows.

Now you might be thinking “Wait. How can you write something bad about the movie when you just said everything was good?!” but I wouldn’t be me if I didn’t have my usual soap box moment. I want to start my bad segment with a statement. I loved this movie. I think what the Russos did was brilliant. Now that is out of the way… why is Marvel so scared to kill somebody? Grow some balls (can I say that? sorry Audrey!) (Editor’s Note: Yes, you can say balls as much as you want) Marvel and do what needs to be done and kill someone! Imagine how much more disheartening the third act would have been if Rhodey had died instead of getting paralyzed or think of how people would be leaving the theater if Cap would have died at the end. Sam Wilson or Bucky should have taken over as Captain America. Now that I have officially (unofficially) killed Captain America let’s all raise a Budweiser (or the newly renamed ‘America’) and toast to Cap. (Did you guys hear about that? Budweiser is renaming their beer to America for the summer, but that’s an entirely different subject)

The devastation in this film hit so much more than the other MCU films. Sure in Avengers and Avengers 2 lots of innocent people died and cities were destroyed but this film got so much more personal. Cap and Tony were like brothers and Zemo got between them and destroyed their brotherhood. (Now I can only hope that we see him again in his pink mask!) After following these two characters around for seven movies this is what hurt me the most. I realize how horrible thing that is to say, let me clarify. I am not saying that friends fighting is worse than thousands of people dying, but the way the Russos did this made it feel like it was the only thing in the world.

As you can tell I absolutely loved this movie. Zemo is the best villain in the MCU behind Loki. (unless you count Kilgrave and Fisk on the Netflix shows) That bar is not set really high, but I was impressed with how Zemo was handled. I was really impressed by the entire film. I went in with high expectations and walked away giddy with excitement. This movie made me feel like a kid again. I can’t wait to see what the Russos have in store for us in Infinity Wars.