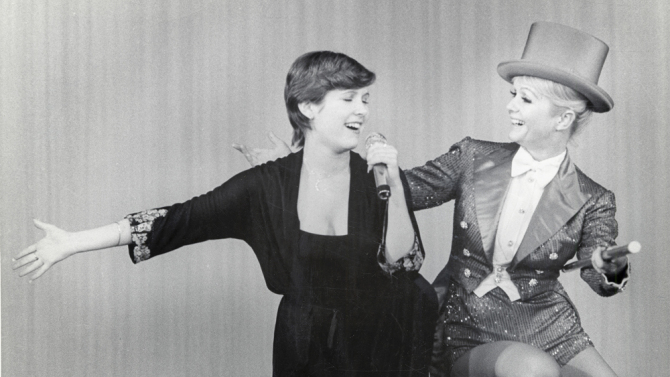 HBO’s documentary Bright Lights: Starring Carrie Fisher and Debbie Reynolds was supposed to premiere in the spring of 2017. HBO has announced that they have bumped up the premiere date to January 7th, 2017 in honor of the two stars and in light of their recent passing.

Carrie Fisher passed away Tuesday, December 27th, after going into cardiac arrest, four days earlier, flying home from London. Her mother, Debbie Reynolds, passed away the next day, after a year of health problems, including a series of strokes and back surgery.

Bright Lights: Starring Carrie Fisher and Debbie Reynolds is co-directed by Fisher Stevens and Alexis Bloom and follows Fisher and Reynolds as Reynolds prepares for the last of her shows in Vegas, before she retired.

Sheila Nevin, president of HBO Documentary Films had this to say:

Here is the full length trailer:

Here’s a teaser for the documentary: