Home » Games » BlizzCon 2017: Everything We Know About the Next WORLD OF WARCRAFT Expansion ‘Battle for Azeroth’

BlizzCon 2017: Everything We Know About the Next WORLD OF WARCRAFT Expansion ‘Battle for Azeroth’

At BlizzCon 2017, Blizzard announced a lot of new content during their Opening Ceremony, setting the stage for the rest of the 2-day event. When making predictions, it seemed that a lot of fans were expecting news of the next World of Warcraft expansion, and they were right. Last Friday, Blizzard announced World of Warcraft: Battle for Azeroth, the next expansion of the immensely popular MMORPG.

“Conflict is at the heart of the Warcraft saga, and in Battle for Azeroth, tensions that have been simmering for a long time escalate into all-out war,” said Mike Morhaime, CEO and cofounder of Blizzard Entertainment in a press release. “World of Warcraft players are incredibly passionate about the characters and factions they identify with in the game, and this expansion will make them prouder than ever to declare their allegiance to the Horde or to the Alliance.”

This expansion will be the seventh of the 13-year game and it will finally bring together the armies of the Alliance and Horde in an epic showdown between these two factions. After the events of the last WoW expansion, Legion, it seems that the fragile truce between the Alliance and the Horde has been broken, and now they are left to resume their bloody war against each other. However, both armies have realized that they cannot win without the help of additional resources and allies. 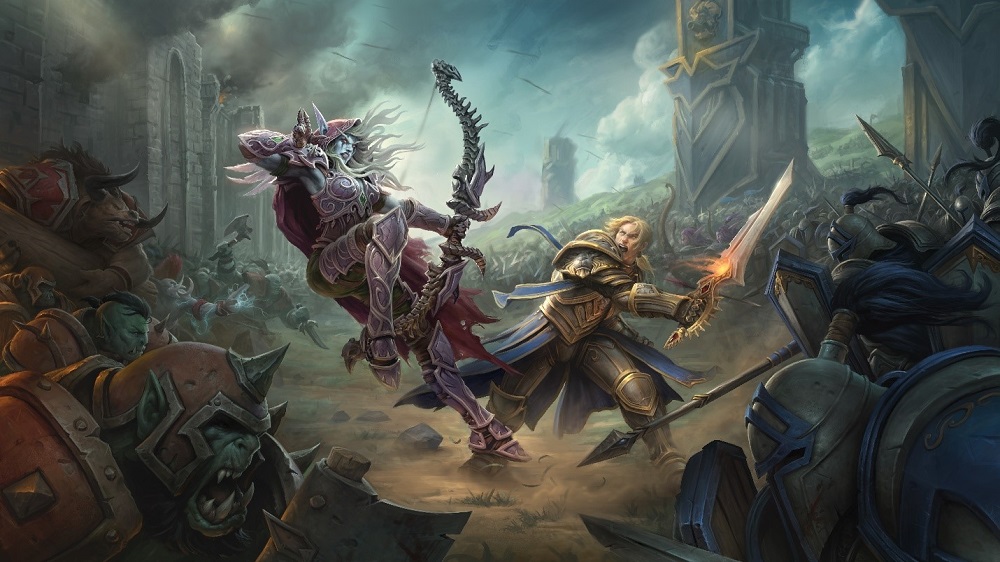 The main zones of Zandalar are Zuldazar, Nazmir, and Vol’dun. Zuldazar will be the main Horde hub and it is the location of the capital of Zandalar. This land is ruled by King Rastakhan and he will need help in investigating an uprising within the capital. Not only that, but the northern border of Zuldazar is being bombarded by blood troll invaders.

The next zone is the swamp land of Nazmir. This land lies to the north of Zuldazar and it is the home of the blood trolls. To deal with the blood troll threat, players will need the help of Loa, the mighty troll Gods. Interestingly, the land also holds powerful, world-ending Titan secrets. 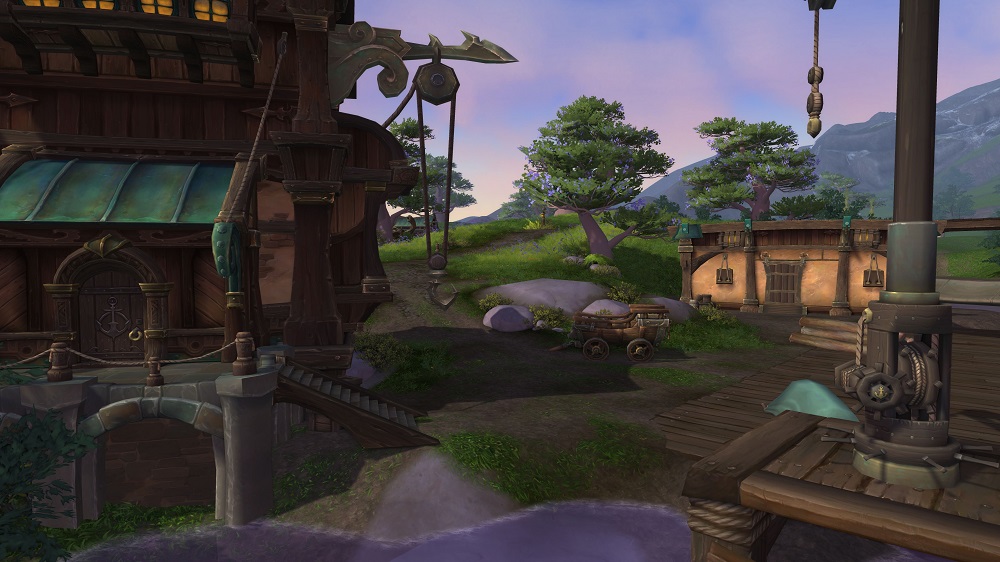 The main zones of Kul Tiras are Stormsong Valley, Tiragarde Sound, and Drustvar. Tiragarde Sound will be the main hub of the Alliance campaign, and within it is the capital of Kul Tiras, led by Katherine Proudmoore, Jaina’s mother. The inhabitants of the island are big, burly people who have spent hundreds of years hunting sea monsters. Naturally, the island is dealing with their own set of trouble, namely the pirates who are now attacking Tiragarde Sound.

Drustvar lies to the south of Tiragarde Sound and it is ruled by House Waycrest. Unfortunately, the House rulers are missing and as a result, the arms supply to Kul Tiras has stopped. As players travel through Drustvar they will find that the land is cursed.

The last zone is Stormsong Valley which is ruled by House Stormsong. The people of this region are fanatical sea worshippers who are led by a group of people known as Sea Priests. They are also responsible for providing ships to Kul Tiras, but when dark forces start to invade Stormsong Valley, all ship building ceases. To get production moving again, players will have to deal with whatever is attacking the region.

All six races will have their own unique abilities and once they become allies, players can create a new character of that race. These new characters will automatically start at level 20. If players level an allied character to level 110, they will unlock a set of Heritage Armor. This transmog will serve as the main reward for reaching the 110 achievement.

At launch, there will be six allied races available, but more are planned. 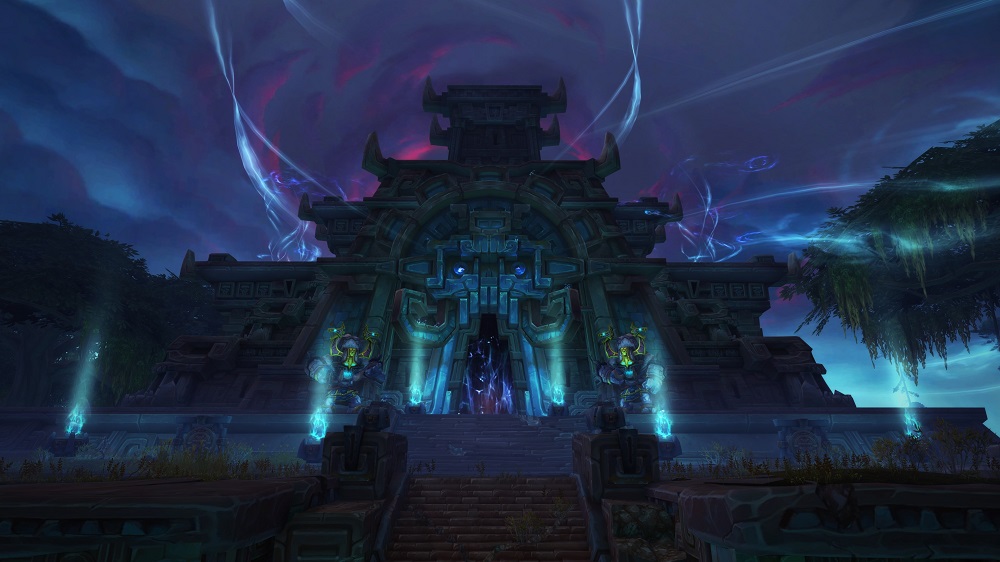 To improve play, every zone in World of Warcraft will have level ranges and caps. This was introduced in Legion and now will be expanded on in Battle for Azeroth. In addition, there will also be a flexible expansion order, meaning that if players want to complete Burning Crusade content, they can, or they can skip it and go through Wrath of the Lich King content. Players will have a choice in how they move through the expansion zones.

This will also apply to dungeons and rewards.

As players traverse the uncharted lands of Zandalar and Kul Tiras, they will have opportunities to try new battle modes: Island Expeditions and Warfronts. In Island Expeditions, players can engage in a 3v3 race against enemy AI (PvE) or other players (PvP) as they go around the map to gather resources and fuel to supply the war efforts. What’s important here is that the island maps are constantly changing so each encounter will be different than the last.

Throughout their journey, players will come across huge pillars of a new substance known as Azerite (which is literally the essence of Azeroth herself). By equipping the Heart of Azeroth neckpiece, players can collect Azerite and use this material to enhance their armor with new powers and traits. The more Azerite that is collected, the more levels the neckpiece gains and the more abilities that will be made available. 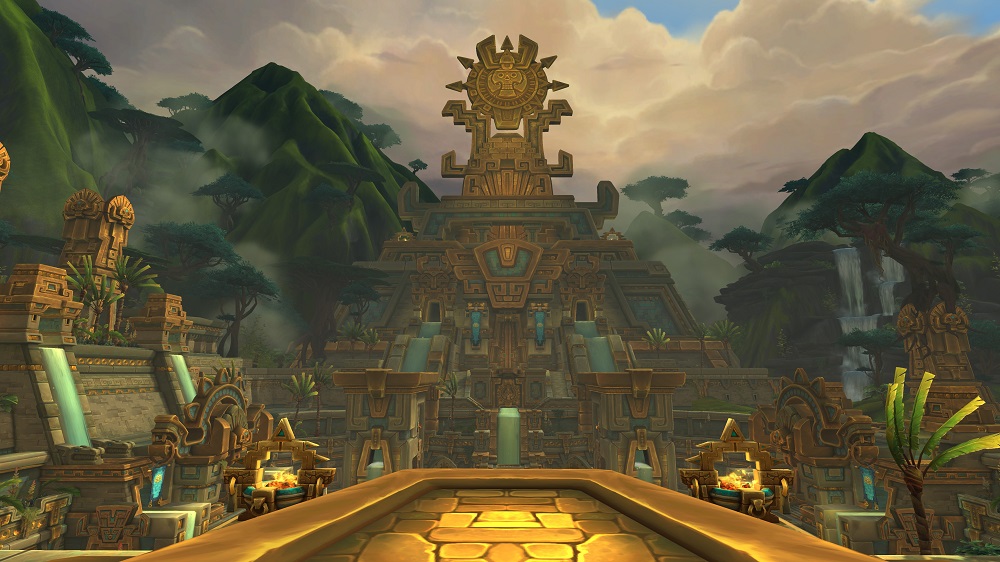 The level cap will be increased 120 and players will be able to instantly boost a character to Level 110.

There will also be new World Quests, dungeons and raids in the expansion. There will be 10 new dungeons available including:

Mythic Keystones will remain and will receive some updates to make it easier for players to find groups.

The new raid will be Uldir, Halls of Control located in Namzir. This is a Titan quarantine facility and is the source of the corruption in Zandalar. In it, players will have to defeat 8 bosses while navigating through this massive dungeon.

There will also be another raid in which players will have to face off against Queen Azshara. 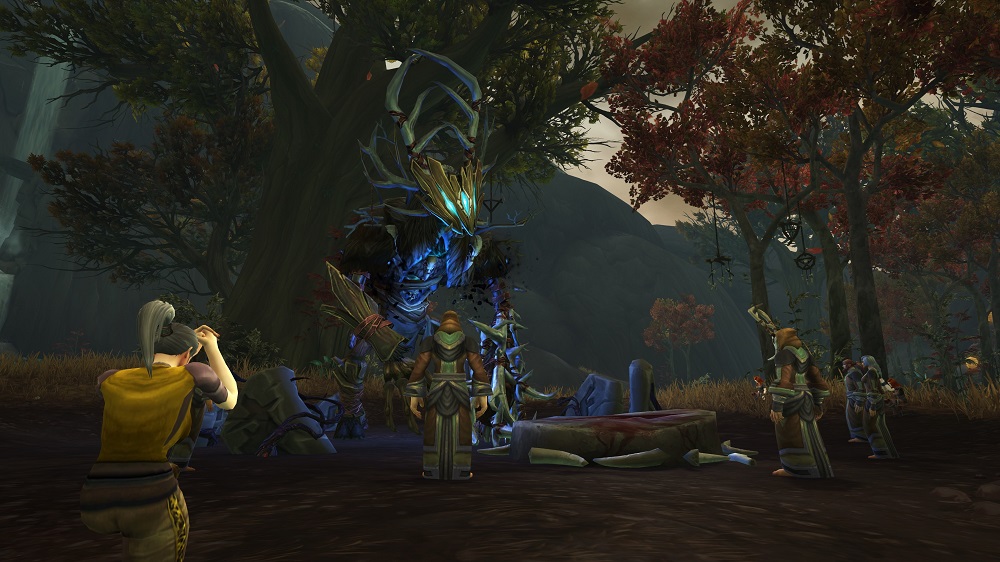 There will be new arenas in Tiragarde Sound and Zuldazar in addition to a new battleground in Silithus called the Seething Shore. This battleground will have dynamic control points.

Blizzard recognized that many players have had to the make the tough decision to go to either PvP or PvE servers to stay with friends or guildmates, so they decided a change to the World PvP/PvE rule set needed to change. When the expansion hits, all servers will default to PvE and players will have a PvP “opt in” toggle. There will be bonuses to those who chose PvP or PvE.

There will also be cross-realm Communities that players can be a part of. In these communities, players can share strategies with members, talk shop, and expand their social groups.

You can watch the announcement trailer for the expansion below and check out some screenshots in the Gallery. 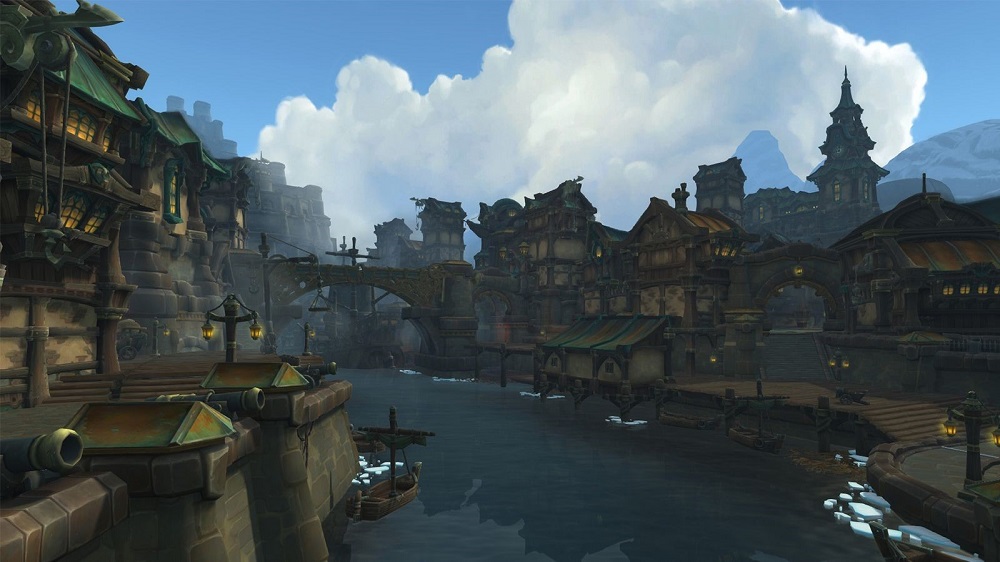 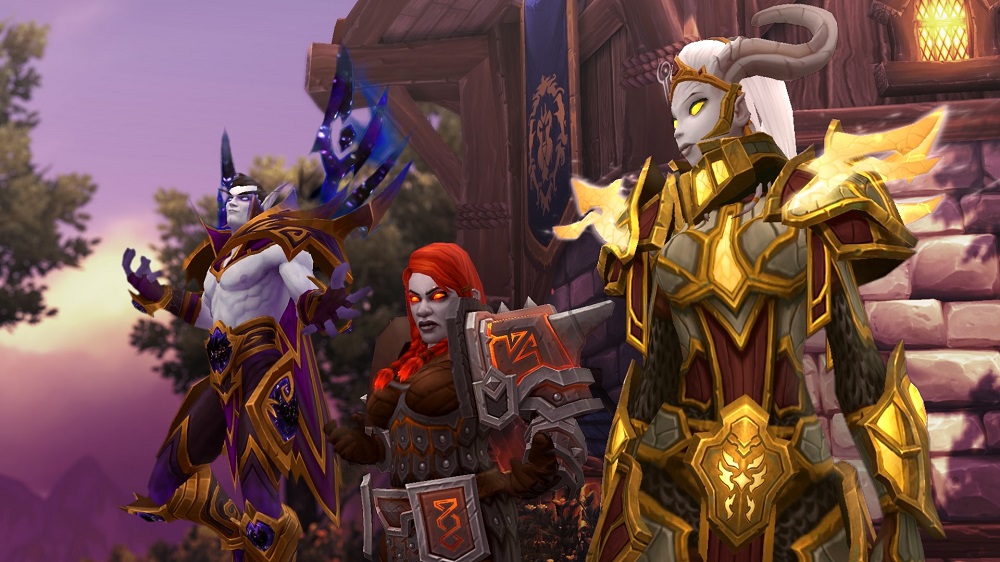 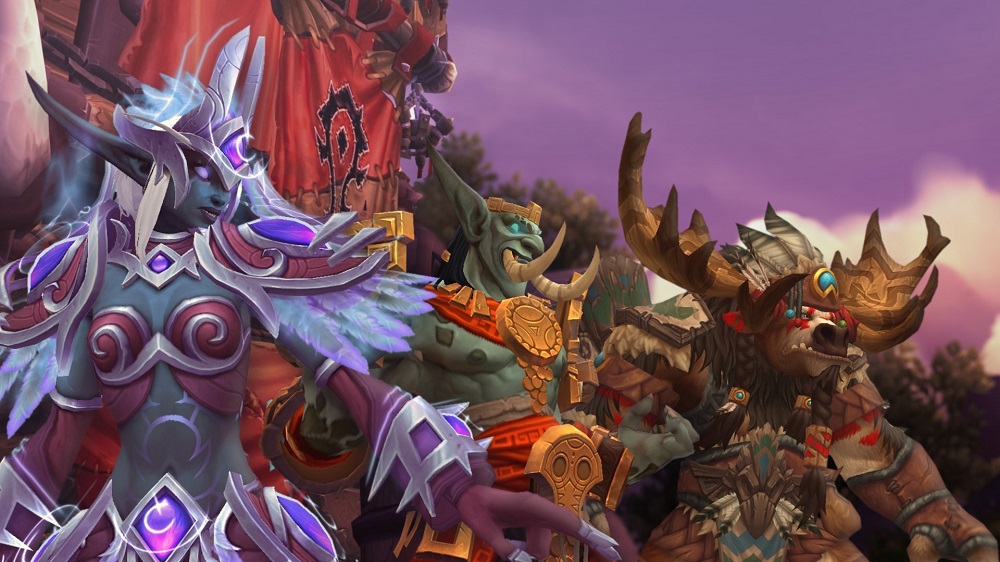 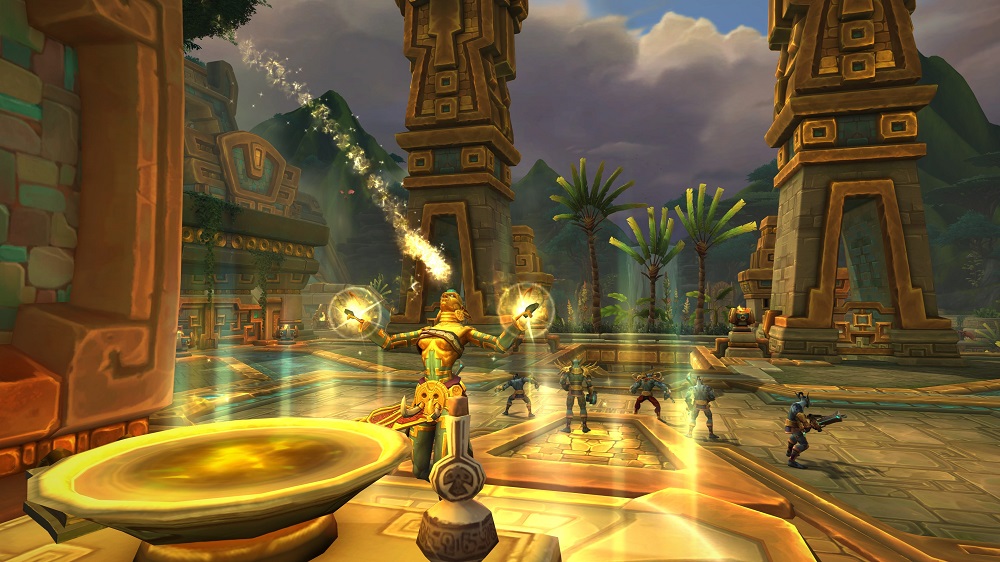 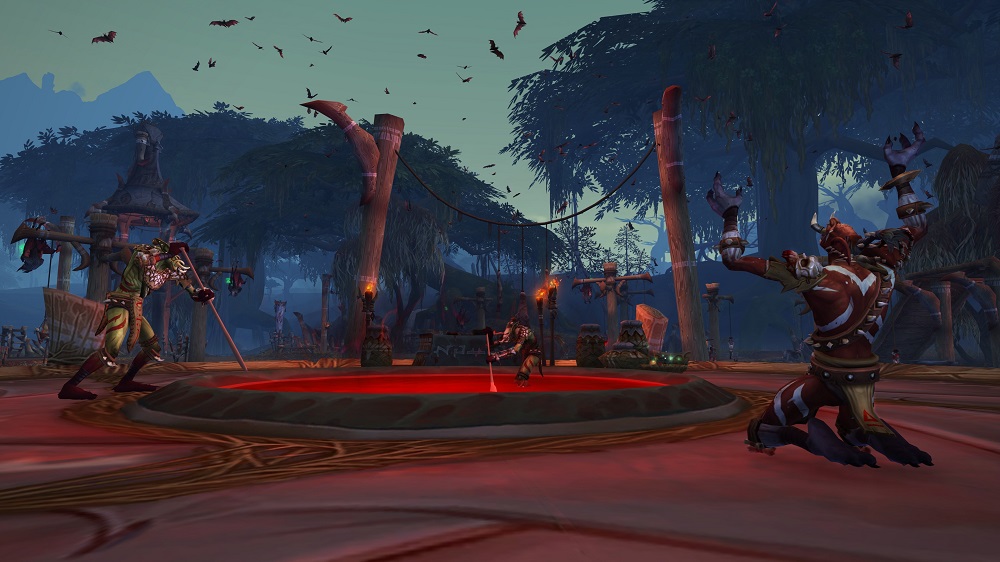 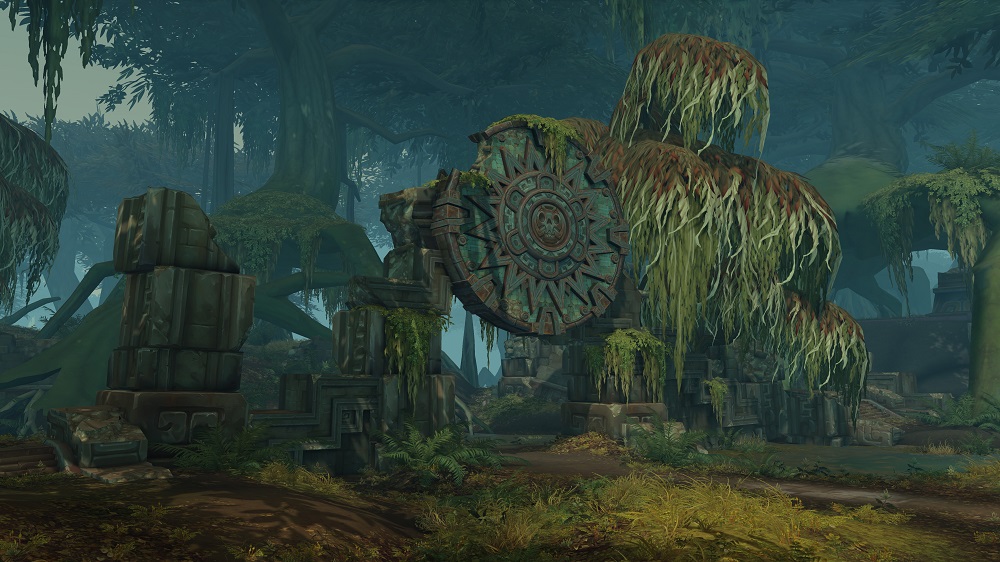 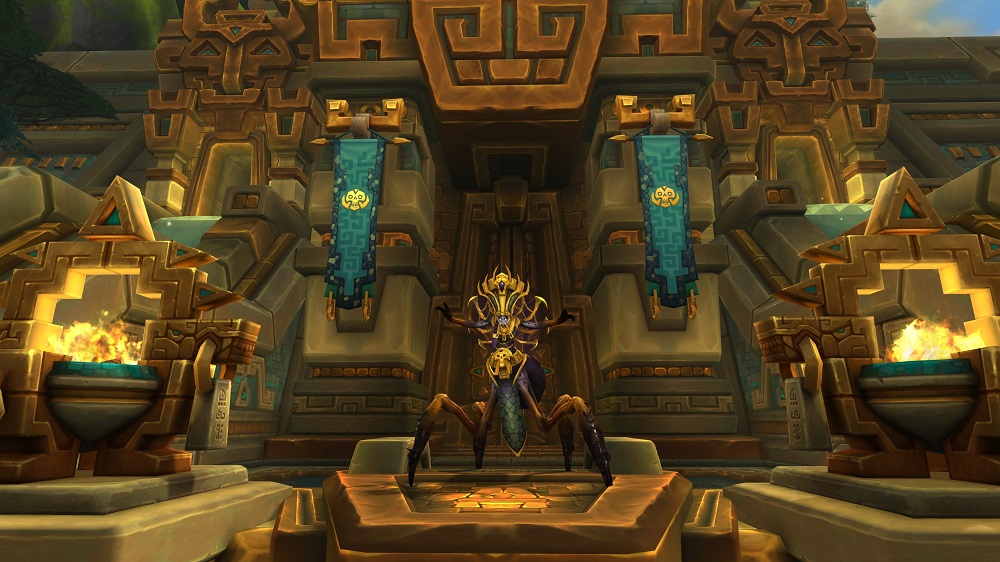