Yesterday, in anticipation for San Diego Comic Con — the biggest geek show on earth — Entertainment Weekly released twenty new images from Marvel’s upcoming film, Black Panther, which hits theatres in February of 2018. However, there was more in that issue than just those pictures, including a piece on the problematic villain M’Baku, played by Winston Duke. 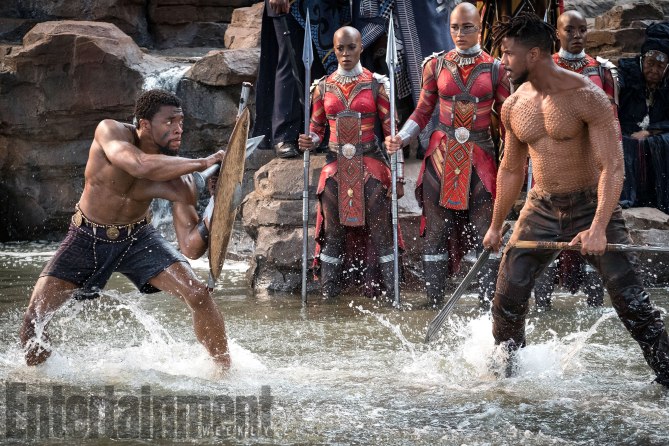 RELATED: New Jaw-Dropping BLACK PANTHER Pics Give Us More of the Story

Now, when we say “problematic” we do not mean that he is a “problem” for Black Panther as a villain– though he certainly is that. We mean that the very core of the character, his very existence and creation, is problematic as he is the product of a very different time in American culture. M’Baku is an African man who dresses as an ape and goes by the moniker “Man-Ape.”

Entertainment Weekly spoke with producer Nate Moore who assured them, and us, that they have changed the character from these roots. According to Moore, “We don’t call him Man-Ape. We do call him M’Baku. Having a black character dress up as an ape, I think there’s a lot of racial implications that don’t sit well, if done wrong.”

While Marvel was certainly trying to make strides, be progressive and market to the African American culture at the time, there were a few missteps and this was certainly one of them. However, one of the cooler aspects of M’Baku and his tribe, and Wakandan culture in general, is their polytheistic mythology and theology. T’Challa, Shuri, Ramonda, T’Chaka — they all come from the Panther Tribe who worships a panther deity. Other tribes have their own deities. M’Baku’s tribe, the Jabari Tribe, worships a gorilla deity. Moore speaks to this, saying, “…the idea that they worship the gorilla gods is interesting because it’s a movie about the Black Panther who, himself, is a sort of deity in his own right.” We can see nods to this worship in his outfit, with a large hard chest and gorilla hair stitched into it.

In the comics, M’Baku fights with T’Challa the Black Panther out of a desire to run Wakanda his way. As such, they are allowed to challenge the sitting king to ceremonial combat that, should they win, they inherit the throne. M’Baku has challenged T’Challa plenty of times, as has Erik Killmonger, who is played by Michael B. Jordan in the film. Moore addresses this as well saying, “Politically, he just has different ideology.” He expands on this more saying, “In M’Baku’s worldview, T’Chaka made a huge mistake going to the U.N.” Moore then goes on to say, in M’Baku’s words, “‘We should never engage with the outside world. That’s a terrible mistake. And if his son is anything like his father, I don’t support him being on the throne.'” 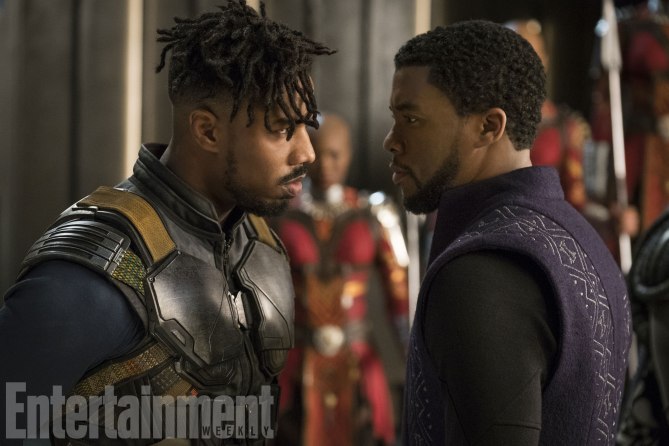 That is, much like Killmonger, M’Baku does not believe that the Panther Tribe, led by T’Chaka and now by T’Challa, is leading Wakanda in the right direction. He’s not a bad guy, per say, but he is certainly a political dissident and antagonist to our hero.

Moore finishes up saying, “Man-Ape is a problematic character for a lot of reasons, but the idea behind Man-Ape we thought was really fascinating. … It’s a line I think we’re walking, and hopefully walking successfully.”

We’re all crossing our fingers twice as tight as him, hoping that he’s correct.

Your favorite video game crew is back! Mythic Quest Season 2 premiered yesterday and we're happy as can be. Click the link below to read the first two recaps of the season!