The Bizarre and Hilarious World of INVADER BRIAN 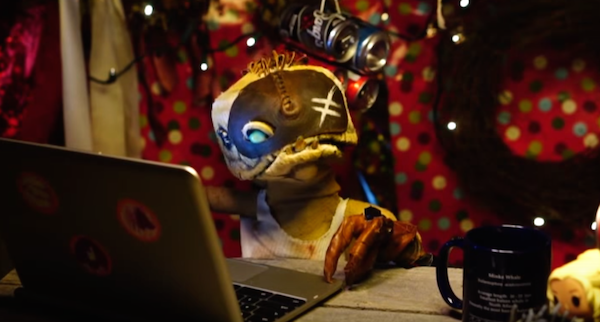 What do you do when your invasion fleet isn’t responding to your emails anymore? Start a talk show and chase down internet fame!

So once in awhile we stumble across something on the interwebs that tickles us where it counts. Invader Brian is just such a tickler. Created, written, performed and every other gosh-darned thing by Damian Baldet, this Youtube gem features an alien named Brian (a puppet… built by Baldet) who has come to Earth to host a talk show of sorts. Brian’s co-host and music director is his best friend, Pinecone (actual pinecone built by…we guess… nature). Baldet is no newcomer to the puppet game, as he played the role of Timon in many Broadway tours and the London production of The Lion King, so we’re excited to see where this thing goes. But, regardless, the two eps so far are hilarious.

Enjoy Invader Brian and, as always, let us know what you think?