​In Hollywood’s effort to reboot absolutely everything, some executive received a note telling him to ‘reboot Baywatch’. It was probably planted there by David Hasselhoff (who thenscreamed out of the parking lot driving his talking car, a talking car that likely complained endlessly about the Hoff’s terrible tan). That’s how I picture this movie being conceived. It’s an outdated and cheesy premise that worked for the time period and can now only work as a comedy though the laughs are a little too far apart.

Baywatch was as stupid as you’d expect it to be. For those who grew up through the 80s and 90s and watched the show, there are some great subtle and not so subtle nods toward the absurdity of the original. Let’s face it, the lifeguards in Baywatch were more than just lifeguards, they ran in slow motion, they were law enforcement who cracked diamond smuggling rings, took down drug dealers, stopped thieves, and also ran along beaches ever so slowly wearing tight bathing suits. Sometimes they even rescued people. But mostly they ran . . . oh how they ran. The new movie starring Dwayne ‘The Rock’ Johnson in the Hoff’s old role and Zac Efron playing the Matt Brody role, has the most fun when it’s making jabs at the original but tends to fall short when it tries to take itself too seriously.

​The story is laughable, the villain is smoking hot (Priyanka Chopra) but fairly pointless and the movie really exists as a vehicle to watch hot people for 2 hours. That’s right, 2 HOURS! There are some great comedic moments, most of which were shown in the trailers, but the movie suffers from slow or absent character development and a bit of runtime fatigue.

Let’s talk about the characters . . . Dwayne Johnson isn’t known for his acting skills but he uses his extraordinary physique and seemingly genuine charm to great effect in his role as Mitch Buchannon. I always wonder how Zac Efron would perform in an actual solid dramatic role. I feel like he’d be quite good but he appears content to star in one flop after another. As rookie lifeguard and disgraced olympic athlete, Matt Brody, Efron snags a few of the best comedic moments, particularly during the morgue scene, but his integration from single douchebag to team member is a bit painful to watch.

Alexandra Daddario plays trainee, Summer, and has some occasional funny lines and torments Efron’s character with her boobs. So, there’s that. The only female character that stood out for me was Charlotte McKinney playing CJ (Pam Anderson’s old role) and mainly because she acted so well with her on-screen partner. Which brings me to the one highlight of this movie that made it watchable (other than the slow motion running) . . .

Jon Bass seems like a bit of an unknown. In Baywatch he plays nerdy tech guy, Ronnie, who is madly in love with CJ and wants nothing more than to be a part of the team. Most of the funniest moments, including a scene where he gets his junk stuck in a beach chair (yeah, it’s that movie), are pretty amusing.

The Hoff and Pamela Anderson both show up in cameos, the former looking really old and the latter looking like she was CGI’d into the scene.

​Give this movie a watch if you’re bored and are looking for a no-brainer comedy, or you find yourself missing the original Baywatch and want to remind yourself of how ridiculous it was. 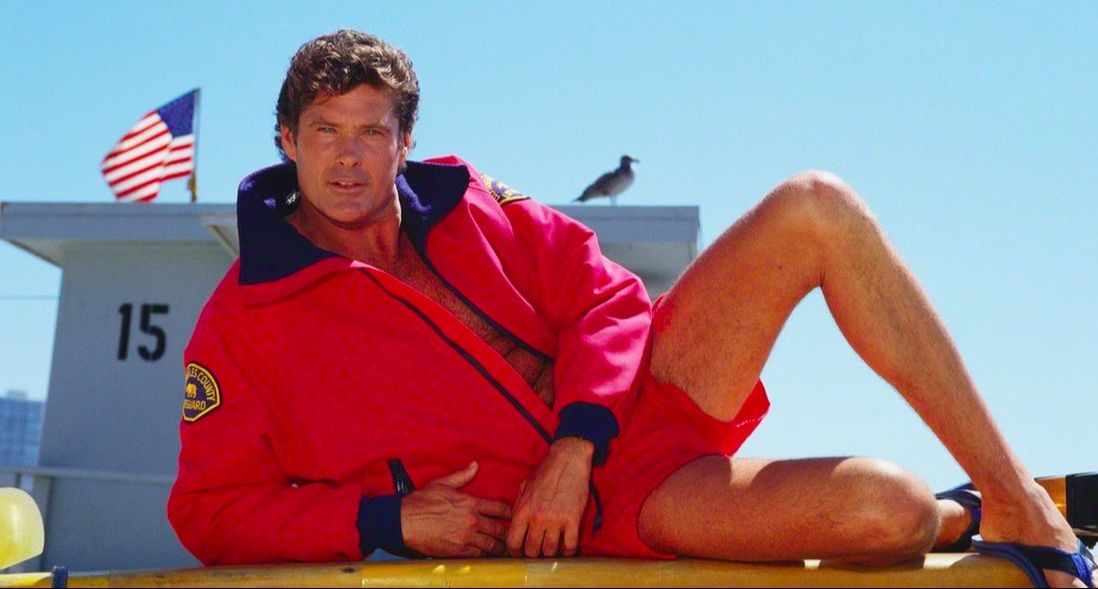