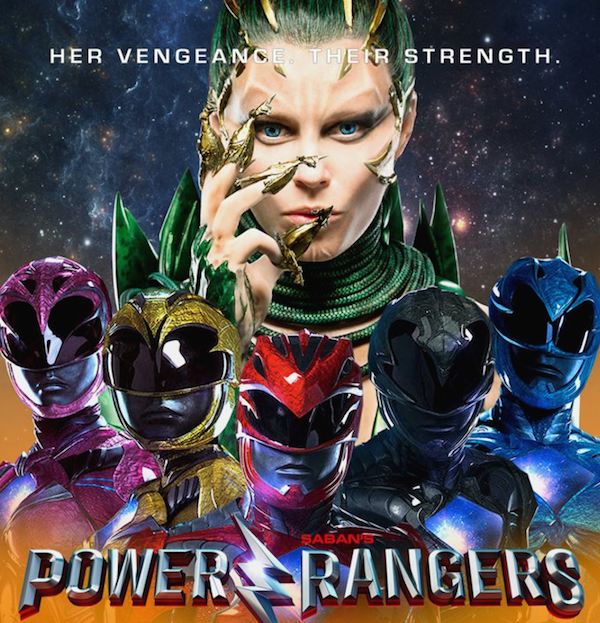 **Minor spoilers included – but let’s face it, there aren’t going to be a ton of earth-shattering surprises in here 🙂
The trailer looked okay though it seemed like a cross between the Breakfast Club and Transformers (something unanimously resonating across critical reviews everywhere, and for good reason). In the end it was quite unexpectedly enjoyable. It didn’t carry the same cheese levels of the series but instead firmly planted itself somewhere between “sure, we’ll accept these kids are misfits but share a common bond” and “yeah! giant freakin kung-fu robot!” By doing this, it actually hit a bit of a sweet spot that movies like Transformers (who are determined to take themselves seriously) have failed to hit.

Discount Zac Efron (Dacre Montgomery) did a suitable job as the leader of the pack, and Becky G as the yellow ranger delivered her emotional lines with the most conviction. The black ranger who was actually the blue ranger (there’s a joke in the movie about it), played by RJ Cyler stole the show most of the time because he had the right mix of sincerity and comedic timing to tie it all together. I think this is partially due to his character being “on the spectrum” as he describes it. This allowed him to emote and relate on a bit of a different level than everyone else. 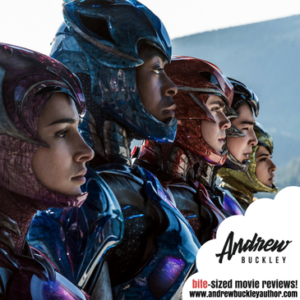 Elizabeth Banks as Rita Repulsa (these names crack me up! Look out! Rita is coming!) seemed like she was having a great time in the costume and really got into her role, as did Brian Cranston who I honestly believe could play absolutely any role offered to him.
Enough tiny bits of depth were given to the characterization of each of the rangers so you actually cared about them. Covering popular teen angst subjects like acceptance, forgiveness, shaming, sexuality, and popularity, the overall theme of the movie of teamwork despite differences is a simple one but it worked. When the last thirty minutes of the movie descends into armour-clad rangers, rock monsters, a giant gold monster, and a big kung-fu robot, you no longer care. You just want this hapless band of misfits to succeed.

My kids loved it, even my teenage daughter, who was fully expecting to sleep through it, had a great time. It’s fun and popcorn-fueled, and worth a watch.