BILL NYE SAVES THE WORLD is Coming to Netflix 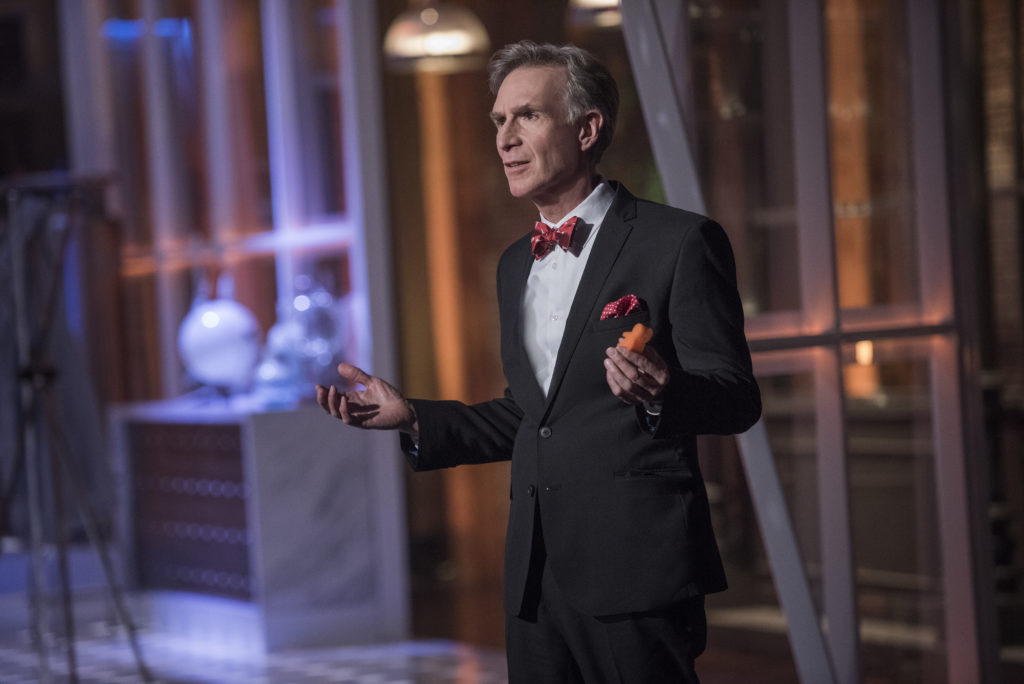 I’ve been holding out for a hero.  And, here he comes.  Everyone’s favorite purveyor of science experiments and general speaker of facts, Bill Nye the science guy has a new show coming to Netflix.  Bill Nye Saves the World looks to be an energetic, celebrity guest-filled romp into the world of scientific exploration.

This show, in my humble opinion, is much needed at this particular point in time.  Though it is clearly out to be fun and approachable, the delivery of scientific fact, for entertainment purposes or otherwise, is important.  We live in a world where facts are made to seem false, and falsities made to seem true.  Let us flood the air waves with as many ‘science guys’ as possible until we are all able to come together to deal with the actual truths of the world.

Can Bill Nye save the world?  Let’s hope so.  One fun, raucous, televised experiment at a time.  Bill Nye Saves the World premieres on Netflix, April 21… one day before earth day, 2017.