Maybe the most delightful episode of The Big Bang Theory ever, season 10’s finale, “The Long Distance Dissonance,” ends with a cliffhanger– and it’s a good one!

For Shamy ‘shippers, this episode was a tense treat. Amy (Mayim Bialik, whose new book, Girling Up, just came out) has only been away at Princeton for a few days when old lovesick puppy Dr. Ramona Nowitzki (Riki Lindhome) shows up at Cal Tech. Poor Sheldon (Jim Parsons) is as clueless as ever about Dr. Nowitzki’s intentions towards him, but the rest of the gang sees her for what she is immediately.

It begins with lunch in the cafeteria. She’s brought Sheldon a Toblerone, and he’s happy to sit with her instead of the guys. Raj (Kunal Nayyar), Leonard (Johnny Galecki) and Howard (Simon Helberg) witness her laughing at Sheldon’s jokes touching his arm– without him immediately slapping her away or using Purell on the spot she touched. 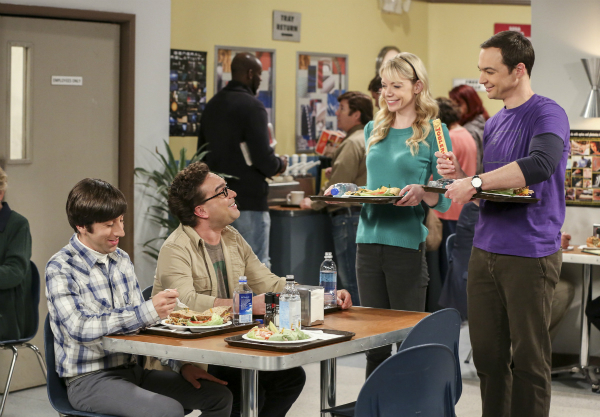 They report what they saw to Bernadette (Melissa Rauch) and Penny (Kaley Cuoco), who are trying to decide whether or not they should call Amy and tell her that there’s a shark in the water when Sheldon beats them to the punch. He innocently tells Amy via Skype about Dr. Nowitzki, saying that he thinks Amy would like her because of the things they have in common, but pointing out that Ramona differs from Amy in that she’s tall, blonde and used to be an Olympic swimmer.

Amy is furious with her girlfriends and Skypes them to yell, “You had one job!”

The guys decide to lay a trap for Ramona: If Raj asks her out and she says no, they’ll know she’s into Sheldon for sure. Raj executes the plan by asking suavely if he can sit with her at lunch. She says a firm NO just before encouraging Sheldon to come sit with her. 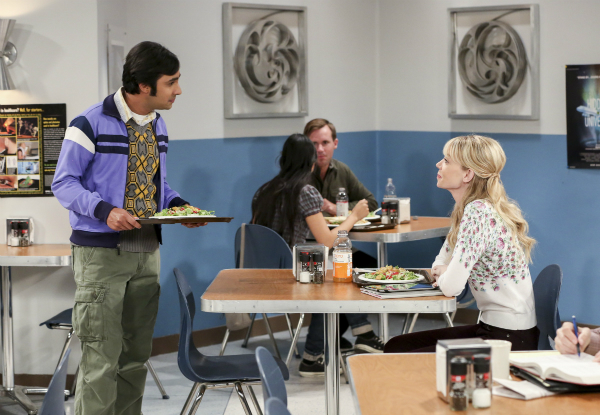 Later, Raj is still licking his wounds when the guys bring the girls up to speed before they all dig in for takeout Thai. Before they can figure out what to do about the whole thing, Sheldon walks in with Ramona! He introduces her as his friend, and the group awkwardly welcomes her to the meal. 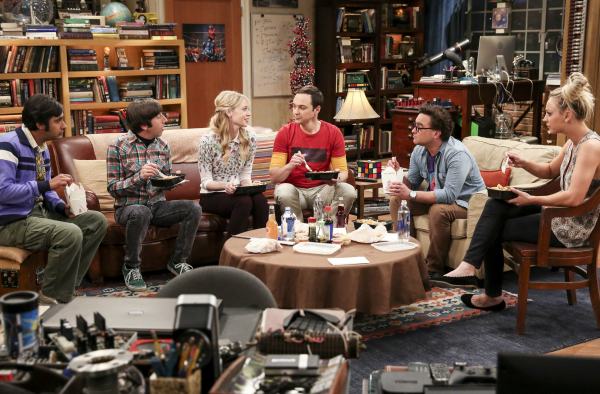 Once everyone’s settled, Bernadette wedges herself between Sheldon and Ramona on the sofa. It seems like they’re safe for the evening… until Sheldon offers to show Ramona some letters he has across the hall, and she jumps up to follow him. The gang, left behind, bicker about whether to intervene or call Amy, which gives Sheldon and Ramona enough time to get cozy on the sofa in Shamy’s apartment with Sheldon’s binder of letters from famous people. And, of course, that’s when Amy Skypes. 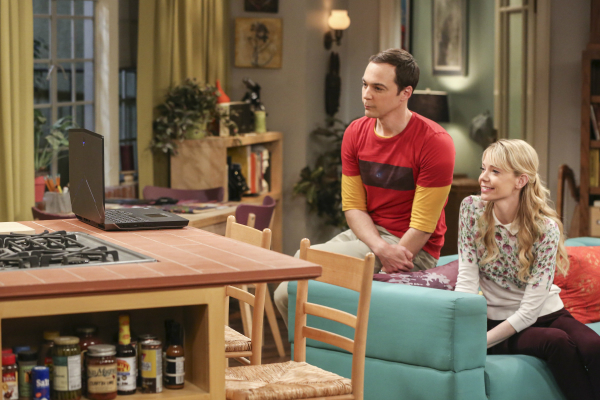 Sheldon naively introduces the two women, and Amy is visibly stunned. She tells him he’s tired and needs to go to bed, so he takes Ramona across the hall to say goodnight to everyone and then agrees to walk her to her car. Penny jumps up and says that everyone will go, and then she and Bernadette lead a coup on the stairs that ultimately repositions Sheldon at the front of the group and Ramona at the back. 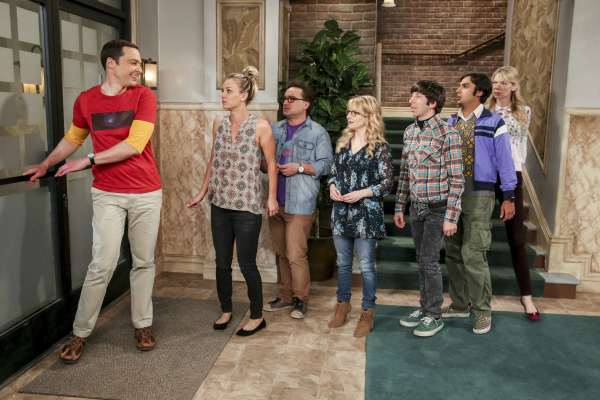 As soon as Ramona drives away, Penny turns to Sheldon and says, “We need to talk.”

Upstairs, Penny and Sheldon sit on the sofa in his apartment and she lays out what’s happening. He doesn’t believe it, even when she gives him the analogy of him being a rare collectible, like a toy (which sets him up to say that Amy’s already taken him out of his package and played with him). Despite Penny’s best effort, Sheldon completely dismisses the idea that Ramona has romantic designs on him. 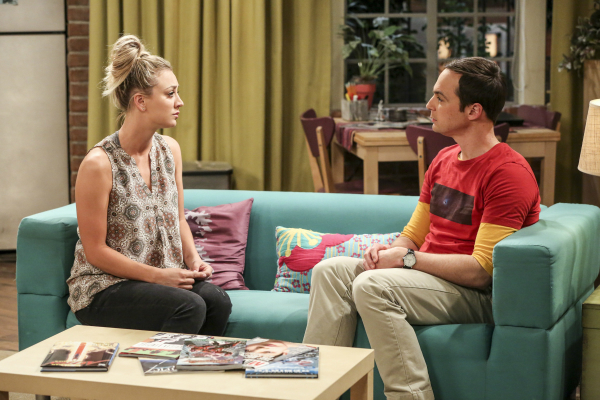 The next day, Sheldon is at his desk in his office when Ramona pops by with lunch. She’s made them both sandwiches, and although he graciously accepts his, Sheldon asks her point-blank if she hopes for a romantic relationship with him. She basically says yes, then kisses him before he can do anything else. He’s stunned and says, “Excuse me a moment.”

Then he walks out of his office, down the hall… and right out of the building without turning back.

He steps into a cab, goes to LAX, gets on an airplane, hops in another cab, and without pausing is at Amy’s door at Princeton, knocking his signature knock and taking her completely by surprise.

When she answers, he is already on one knee with the ring we knew he’d been holding onto for her out, and he says, “Will you marry me?”

WAIT UNTIL FALL TO HEAR HER SAY YES!