Two things I don’t understand about The Big Bang Theory, both of which were at play in “The Geology Methodology”: why Raj (Kunal Nayyar) is ever written to behave in a sexist manner, and why Sheldon (Jim Parsons) is so dismissive of the natural sciences.

Here’s what we know about Raj:

Yet the writers still create episodes like the one in which we first met Ruchi (Swati Kapila), Bernadette’s (Melissa Rauch) pretty Indian friend from work. Raj was such a creeper throughout that whole mess of an episode– to the point where he was literally giving Stuart (Kevin Sussman) a run for his money for creepiest dude. Thankfully, Ruchi’s second appearance is marked by a more authentic Raj– one who doesn’t know how *not* to fall in love with a woman he’s slept with.

When Raj drags Howard to a bar to watch cricket, they’re both surprised to see Ruchi there. Unlike Raj, she hadn’t succeeded in finding someone to come with her. Once Howard sees that he’s no longer needed, he ducks out, leaving Raj and Ruchi to bond over cricket and India. 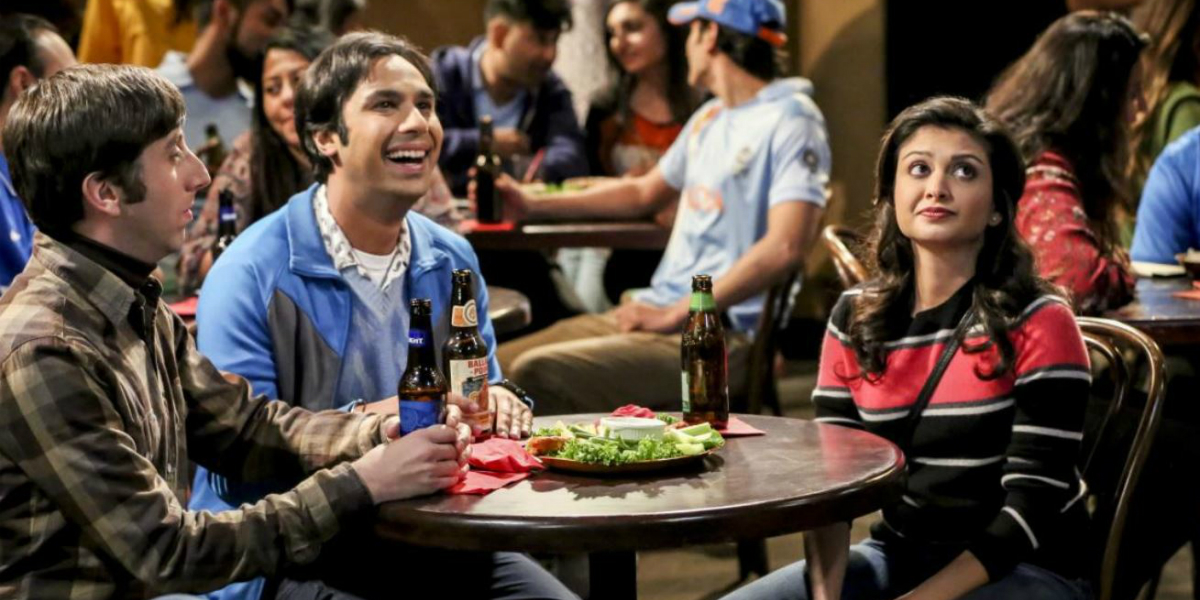 The next morning, as Howard and Stuart are dividing care duties for Halley and bed-resting Bernadette, Raj comes in and “lets slip” that he’s just had breakfast with Ruchi. Howard departs to take care of Bernadette, and Raj makes a play at being a good winner with Stuart. When Raj reveals that Ruchi just wants to keep things casual, Stuart scoffs at Raj’s prospects of actually doing that.

Raj does his best to keep it casual over dinner with Ruchi later, but when he discovers that she believes love is just biology, he decides they’re just too incompatible. He retreats to Howard and Bernadette’s bedroom (which makes sense once you remember that Bernadette is stuck in there) to lament that Ruchi is only interested in sex. After some minor encouragement from his friends, he catches on to the fact that having a gorgeous woman who is only interested in sex might not be the worst thing in the world.

I think we’ve met his future wife, and that her initial disinterest in romance is what will give him the room to let their relationship evolve naturally. Now that ShAmy has set a date, the show needs someone to match make for, after all!

Meanwhile, Bert (Brian Posehn) invites Sheldon to collaborate with him on a project wherein studying meteors may prove dark matter’s existence. Sheldon skulks about, hiding his foray into (shudder) geology, while struggling with how much he’s enjoying the work. When his friends find out what he’s been doing, Sheldon is characteristically unkind in telling Bert that he isn’t embarrassed of him– just everything he’s committed his life to. 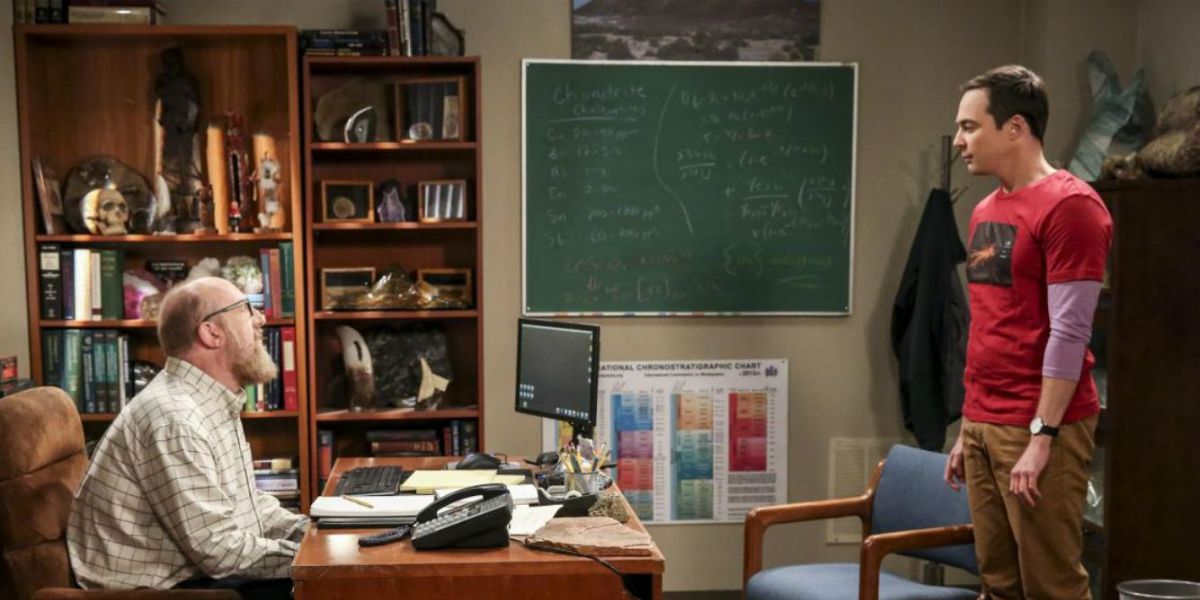 He tries to get advice from Penny about holding his head up while his reputation is at threat, but he offends her by contextualizing her as someone who should know how to help him because of how lightly she wears her history of promiscuity. Later, Amy (Mayim Bialik) finds him brooding over a rock in their apartment and helps him realize that he’s been mean to Bert and should be able to pursue any work that interests him without caring what others think. 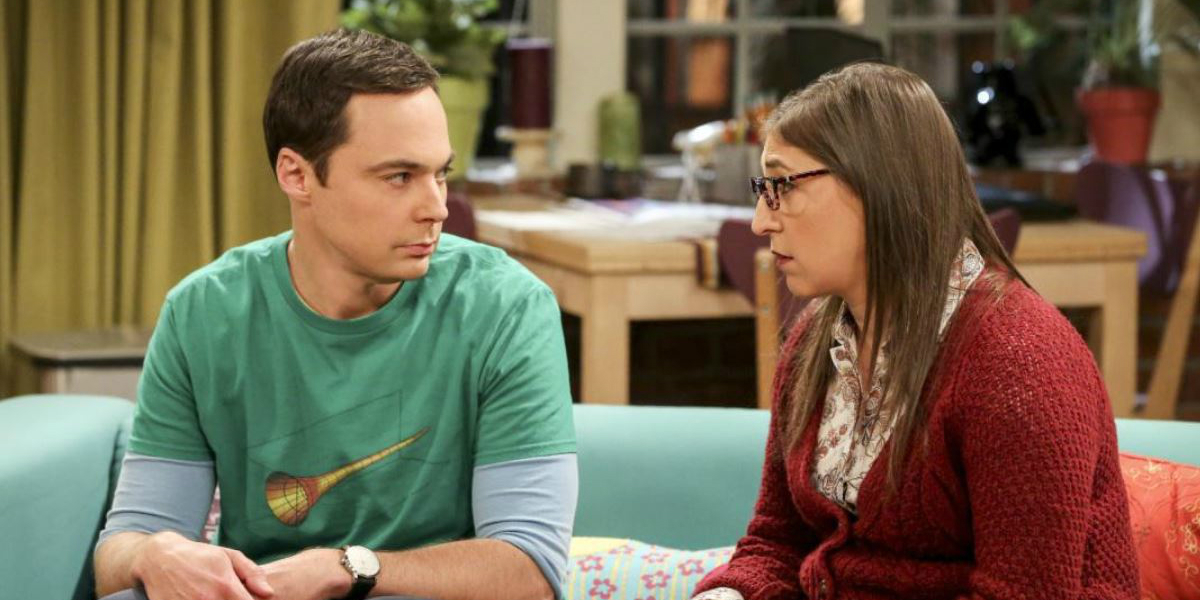 Sheldon goes to Bert’s office to apologize and ask for a second chance, but Bert has moved on. Leonard is in his office, taking Sheldon’s place on the project (and taking notes from Bert about how to shut Sheldon down when he’s unkind). Probably Sheldon has learned a valuable lesson.

Best joke of the episode:

(Leonard, Sheldon and Howard are eating lunch in the cafeteria.)

Howard, rolling his eyes: Well, she lies around all day eating Mallomars and hollering at me, so her transformation from my wife to my mother is complete.

Sheldon, sincerely: Congratulations. I know that’s what you were hoping for.

Netflix has dropped two new "Destined to ..." promo shots for the upcoming second season of The Witcher featuring Yennefer and Ciri. https://www.geekgirlauthority.com/the-witcher-yennefer-ciri-posters/

During DC FanDome 2021, Bruce Timm and fellow Batman: Caped Crusader producers gave us some insight into the upcoming animated series.

The DC's feline femme fatale is getting her own animated film and #DCFanDome dropped the very first trailer! You need to check out Catwoman: Hunted!

In episode five of #Foundation we get a glimpse into Gaal’s past and the standoff on Terminus takes a deadly turn. Check out our full recap for more! https://www.geekgirlauthority.com/foundation-upon-awakening-recap/

DC FanDome 2021 gave us our first look at the upcoming Batgirl film and we are heading back to her roots!