I’m not crazy about the Pop Culture Detective Agency. I consistently have issues with their videos. For example, their recent The Big Bang Theory video relied heavily on old clips to make its argument for the persistent misogyny on the show. I braved participating in comments on two of the places this video was shared because I believed that the show has evolved past its sitcom-stale gender characterizations over its 11 years.

Since then, I find myself being especially critical of America’s favorite sitcom, wondering if that dude had it right after all. I was disappointed to realize that Bert, Brian Posehn‘s character, is actually pretty ugly when viewed through this lens. Tonight, with that scrutiny in place, I watched Howard (Simon Helberg), Raj (Kunal Nayyar) and Stuart (Kevin Sussman) function like it’s season one, and I didn’t like it.

The main storyline in “The Relaxation Integration” is that the stress of choosing the perfect wedding date is affecting Sheldon (Jim Parsons) so much that his brain is apparently responding by making him a “laid back guy” in his dreams. We know this because we see the dreams. Amy (Mayim Bialik) knows it because Sheldon is talking vividly in his sleep.

Concerned and intrigued, Amy records Sheldon sleep-talking and plays the recording for Leonard (Johnny Galecki) and Penny (Kaley Cuoco). While they’re discussing what it means and what to do about it, Sheldon walks in on them. Amy suggesting that his brain might be doing anything unauthorized upsets him so much that he walks out. 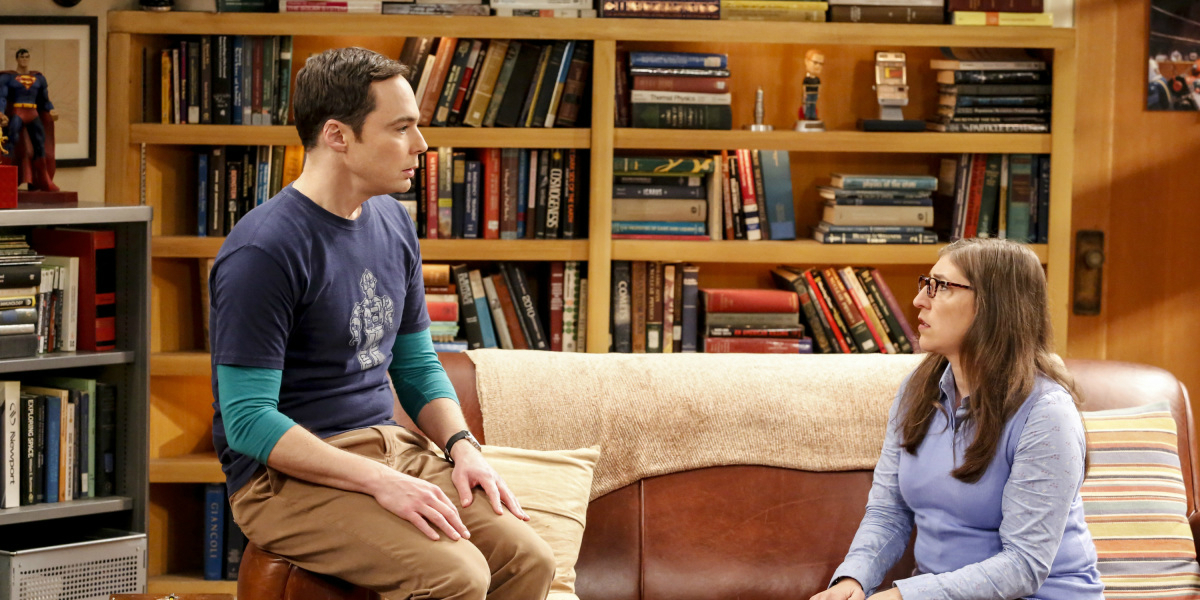 Later, Penny finds Sheldon doing laundry on a non-standard night and talks to him about the sleep talking. She inadvertently suggests that perhaps, in Sheldon’s words, “the self is an illusion and we actually have multiple centers of consciousness that are communicating with one another.” Yadda yada yada, he decides to buy some flip flops (the official footwear of the laid-back guy).

The day he breaks out his new flops, he has a series of mishaps rooted in applying too much sunscreen to his exposed feet and trying to behave in a laid-back manner as he loses each of them in public and comes in physical contact with disgusting things. He comes home to Amy in a state of disarray and asks her to plan their wedding any way she likes. She wants a June wedding outdoors with an ocean view, so it looks like we’ll (at least try to) get there this season.

The secondary storyline is the one that has me squirming in discomfort. Bernadette (Melissa Rauch) invites a new colleague, Ruchi (Swati Kapila), out for a drink. Howard, sensing an opportunity to set up either Raj or Stuart, the lingering singletons in their group, slips his friends the location of Bernie’s outing– despite knowing that she isn’t ready to set the poor girl up with anyone. 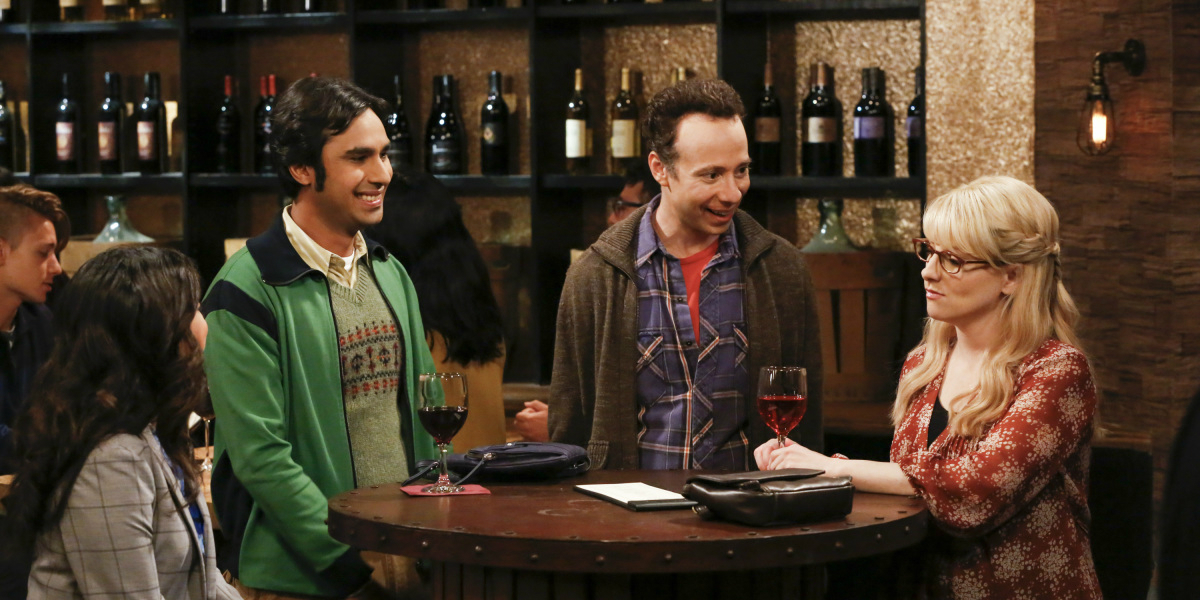 I feel you, Bernie.

Raj and Stuart crash the girls’ night, hijacking it completely to tear each other down in front of a resigned Bernadette. We are supposed to believe that Ruchi enjoys their company enough to agree to hang out with them again sometime.

Not long after, the guys battle over who should step down and let the other have her. Even though Leonard looks up (from agreeing with Howard that a comic illustration of a monster reminds them of Bernie eating during her pregnancy) to chime in that neither of them is likely to have a chance with her, nobody hesitates to let this junior-high-grade mess continue.

Raj invites Ruchi out alone, attempting to dodge Stuart. Stuart somehow finds out and shows up. They get really creepy and aggressive really quickly, and Ruchi says she isn’t interested in dating anyone and just wanted to make some friends in her new hometown. Then she leaves without insisting that they never contact her again or asking the manager for a protective escort.

To me, this episode was weak as heck. I hope the next one resumes last week’s focus on the relationships between the women and lets tonight’s uncomfortable creepfest go nowhere.