Weird episode of The Big Bang Theory tonight. “The Retraction Reaction” sets up some interesting situations, but I don’t think there was any payoff anywhere. Maybe this means we’ve seen the seeds for this season’s big questions planted?

The lead storyline is that Leonard (Johnny Galecki) has been asked by the university to appear on NPR’s Science Friday with Ira Flatow (making a guest appearance as himself). At first, the idea of Leonard being the spokesman for the Physics department makes a ton of sense, considering Sheldon (Jim Parsons) as an alternative. Unfortunately, Leonard characteristically sticks his foot in his mouth on air and winds up going on at length about how much money has been spent by the university to deliver very few recent and notable results. Not surprisingly, this makes him a pariah at work and gets him in real trouble with the Dean.

Dean Janine Davis (Regina King) calls him in the next day to demand a retraction, and his dedication to truth as a scientist makes this a difficult task, as he doesn’t feel like he said anything untrue in his radio ramble. What’s worse, when he goes to Sheldon for help composing his retraction, he finds Sheldon despondent over having decided Leonard was correct. They break open a bottle of Romulan Ale that Sheldon bought at Comic-Con (blue vodka) and proceed to get drunk.

Penny (Kaley Cuoco) wanders into their pity party and tries to raise their spirits, inviting Howard (Simon Helberg) and Raj (Kunal Nayyar) over to help save science. But Raj calls Leonard and Sheldon two whiny babies, which sends Howard into a spiral over the fact that he’ll soon have two babies, and Raj isn’t far behind when he backpedals by pointing out that as the solitary singleton left in the group, he’ll probably never have babies. Now Penny is stuck with four sad scientists and a bottle of blue vodka. 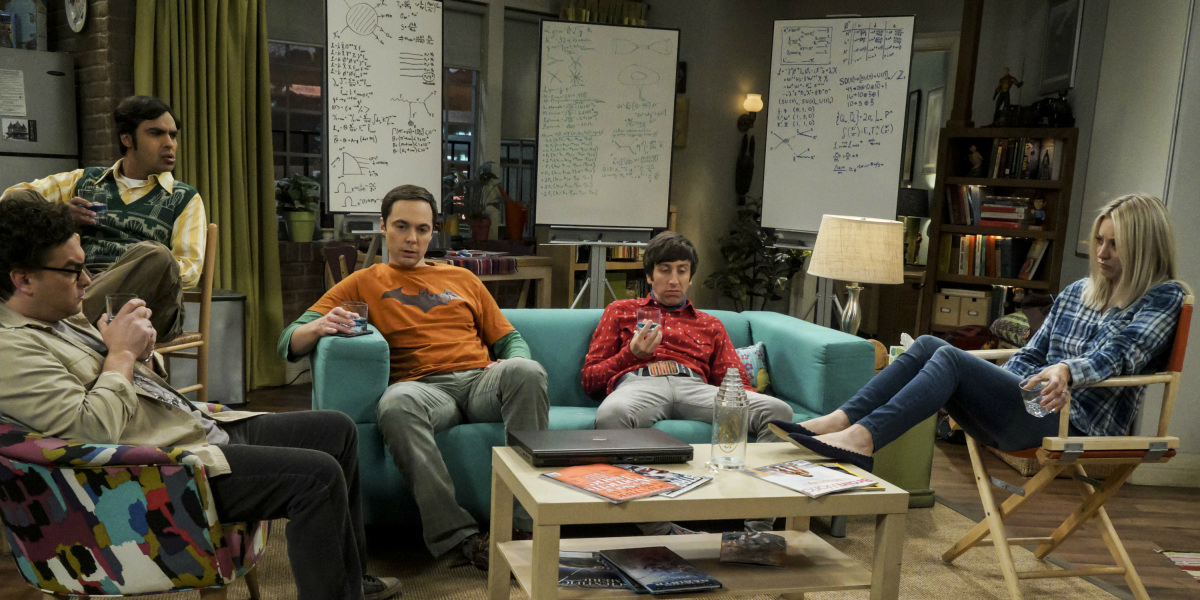 They continue their whining for a little bit, and Penny tries again to rally them by suggesting that they need inspiration. Howard grabs the Romulan Ale and announces that they’re going to visit Richard Feynman.

At Feynman’s grave in Alta Dena, they reflect on how the late great lived and worked. They realize that Physics is only dead if they lose their enthusiasm for it, and they can choose to love their work and do great things.

The next day, Leonard is called into the Dean’s office again, where she reads him an email he sent her from the graveyard while he was drunk. It does say that he would let a zombie Richard Feynman bite him, but it doesn’t actually include the retraction she requested. Although the moment is played for laughs, there isn’t any resolution regarding his statements, the state of Physics or the status of his job.

While all of this is going on, a subplot with potential is introduced when Amy (Mayim Bialik) and Bernadette (Melissa Rauch) acknowledge to each other that they habitually withhold their professional successes, in part or in whole, from their partners. The boys are extremely comfortable bragging about their own accomplishments, even those as petty as video game milestones or finding unusual legumes, but they become threatened or petulant when the girls appear to outstrip them in any facet of their careers. Because of this, Amy is downplaying how well-funded her research is, and Bernadette has been lying to Howard about how lavish her company retreats are and how much money she’s making.

Later, resolved that she should be able to share her good news with her fiancé, Amy attempts to tell Sheldon about the new equipment she’s just received, but he responds so poorly that she retreats to Bernadette’s house. There, the two women decide that they’ll just brag about their success to each other. 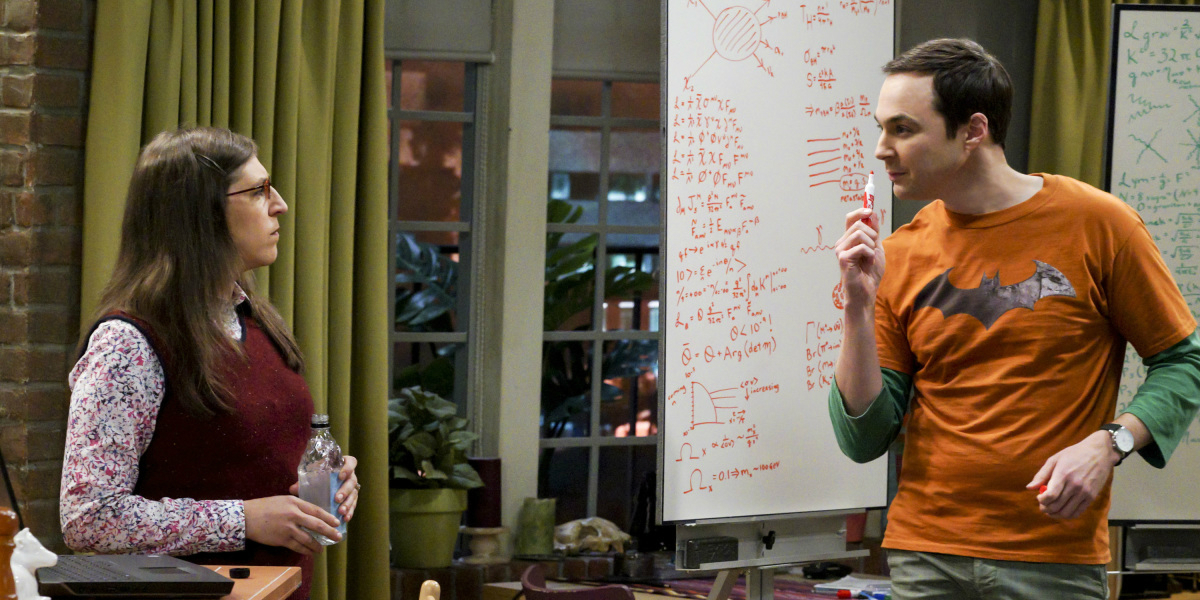 At this point, the Bechdel Test is being passed and surpassed as they list different examples of their professional achievements. An opening is being made for a bigger examination of gender dynamics and how even brilliant women like these feel like it’s just easier not to let their lights shine at full wattage in their personal lives. This is something I could get excited about watching unfold!

Unfortunately, the conversation turns catty as Bernadette’s financial goals stand more and more clearly in contrast to Amy’s academic goals. When the episode ends, there’s tension in the air as they each throw down for their perceived superiority, Bernie’s being financial and Amy’s being ethical. There’s every reason to trust that their friendship will survive the conversation, but we can only hope that the conversation will survive this episode. 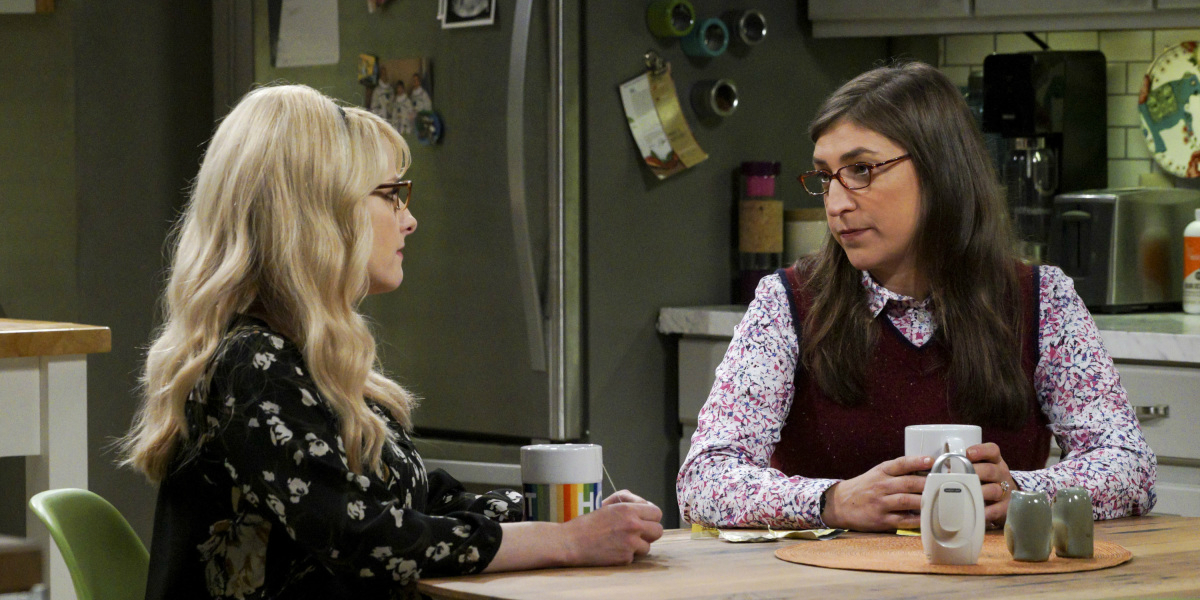 Best physics joke of the episode:

Penny, cheering up Leonard and Sheldon: Come on, you guys are physicists! You’re always going to be physicists. And, sure, sometimes the physics is hard, but isn’t that what makes it boring?

Owen makes amends with a former rival while Molly attempts to reunite Cole with Shampagne in the second episode of Central Park!

It's the park that's central to our hearts! Hotel heiress Bitsy Brandenham develops a crooked scheme involving Central Park while Owen Tillerman tries to keep the peace in the series premiere of Central Park!