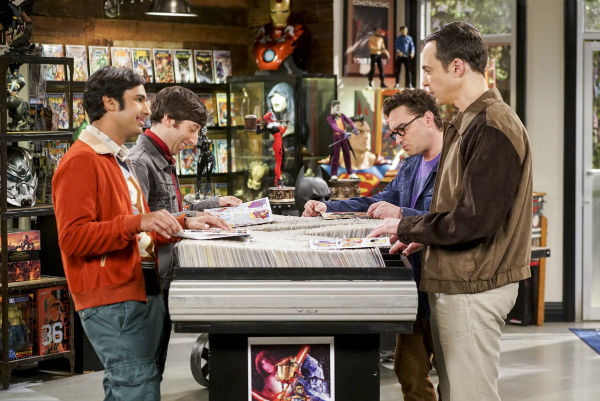 In tonight’s episode of The Big Bang Theory, it’s clear that our little gang of nerds is growing up.

On the heels of Raj cutting himself off from his father’s money, the guys recommend Sheldon as a no-cost financial manager. Sheldon loves the idea of drawing up a budget and controlling Raj’s expenses, so he takes the job and promptly tells Raj that although Comic-Con tickets are about to go on sale, he won’t be able to buy one unless he comes up with some money.

This apparent downside to Raj accepting the responsibility for his own upkeep winds up being the first domino to fall in an episode that sees almost everyone take a small or substantial step forward into adulthood. 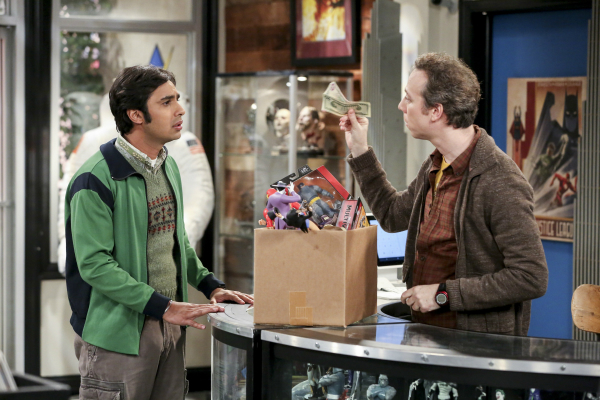 While Raj is scheming for Comic-Con cash (selling collectibles back to Stuart at an extreme rate of depreciation, taking a job as a sign spinner for Stuart’s store and offering to do Howard’s chores for pay), Penny is trying to psych herself up about going to the convention with Leonard to make him happy, unaware that Leonard is reluctantly taking her along just to make her happy. They’re both so focused on trying to be kind to their partner through self-sacrifice that they miss that they’re caught in the Abilene Paradox. 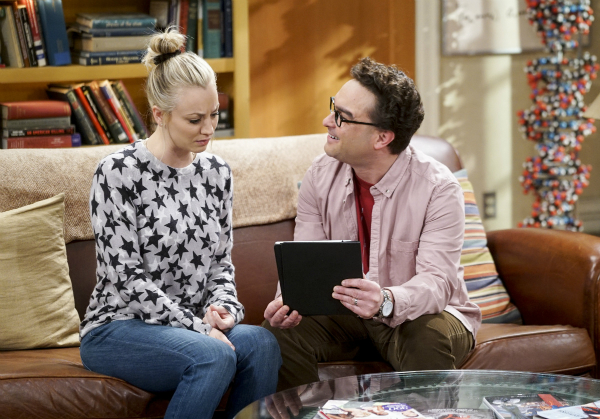 The guys are discussing the fact that Raj might miss his first convention in years while Leonard won’t really be able to enjoy being there when Raj points out that Howard can’t take attending for granted anymore, either– he’s a father now, and leaving his wife alone for five days while he plays in San Diego is unlikely to fly. Howard rushes home to flatter Bernadette into letting him go, and he winds up striking a deal with her that if he does all of the housework and cooking until tickets go on sale, she’ll let him go. 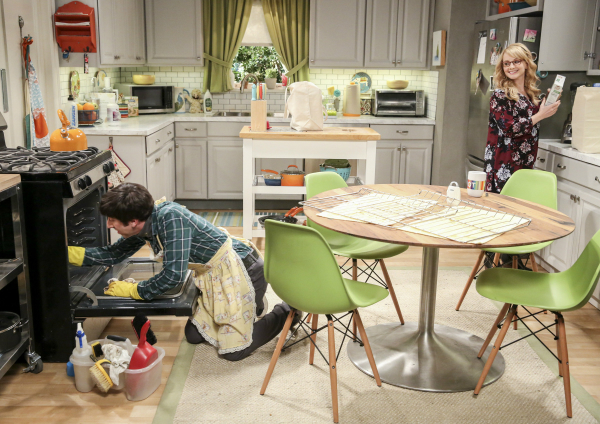 Stuart is excluded from the main drama as per normal (to his chagrin), Amy has no interest in Comic-Con and is happy to let Sheldon go and Sheldon is confident that he’ll go (dressed as Dumbledore) and have a wonderful time.

Everyone comes together for dinner at Howard and Bernadette’s, and Raj has resigned himself to the fact that he’ll be missing Comic-Con this year. He isn’t pouting about it, though. He is sincerely resigned. So much so that when Howie and Bernie give him an envelope full of cash as “back pay for babysitting,” he declines it, choosing instead to stay home. 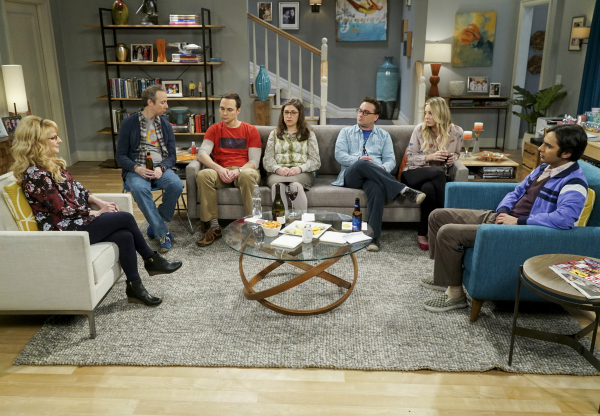 Raj’s choice gives Leonard pause. He realizes that he’s been 12 times and that maybe he can skip the long weekend of dressing up to play with strangers in favor of doing something fun with his wife– like going to Disneyland.

Howard, in part to avoid going alone with Sheldon, also accepts the mantle of adulthood, and says he’ll stay with his family instead of going.

Suddenly Sheldon is alone with his Comic-Con aspirations, looking fairly immature by comparison to everyone in the room. He spends the last few seconds of the episode beginning what promises to be a wearying campaign to convince Amy to go with him. 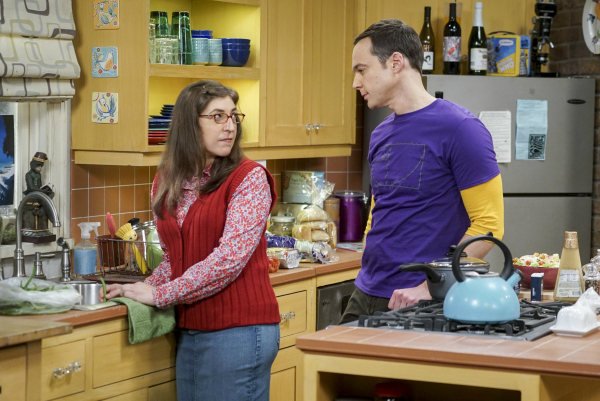 I wonder if the combination of his being the unexpectedly odd man out and discovering that Amy is a more reliable playmate than his old friends will pay off. We haven’t heard anything about that engagement ring he’s got stowed away for a long time. Maybe Sheldon will get lonely at the kids’ table and get down on one knee before the season ends?