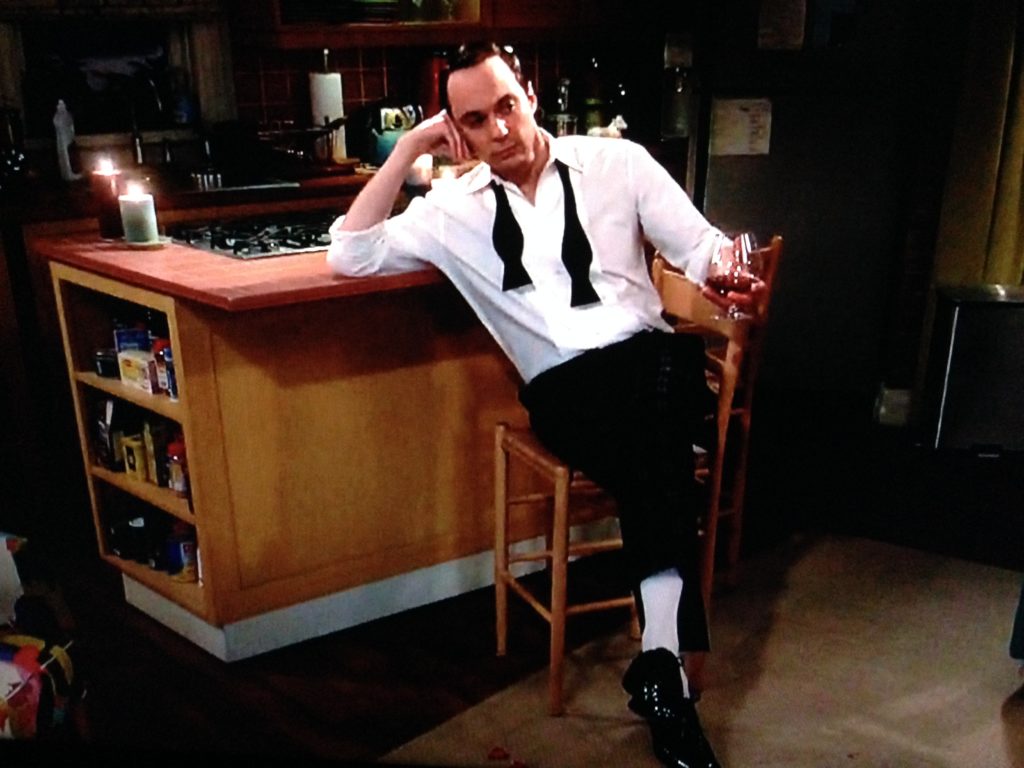 Well, this episode of The Big Bang Theory was just delightful. We had two primary storylines: Sheldon and Amy mingling skin cells in Amy’s lab to create a functioning neural network, which turned Sheldon into an aspiring father, and Raj meeting a new woman at work– the cleaning lady. Lots of fun and some important progress!

Let’s start with Sheldon and Amy. After taking a skin sample from squeamish Sheldon in her lab, Amy creates a functioning neural network by blending his sample with one of her own. (This is the “brain in a bowl” hinted at in the episode’s title.) Once the neural network has formed, they’re able to start running tests on it, which they don’t explain outright but sounded to me like they would show it a picture and it would draw a copy? Science, I guess. 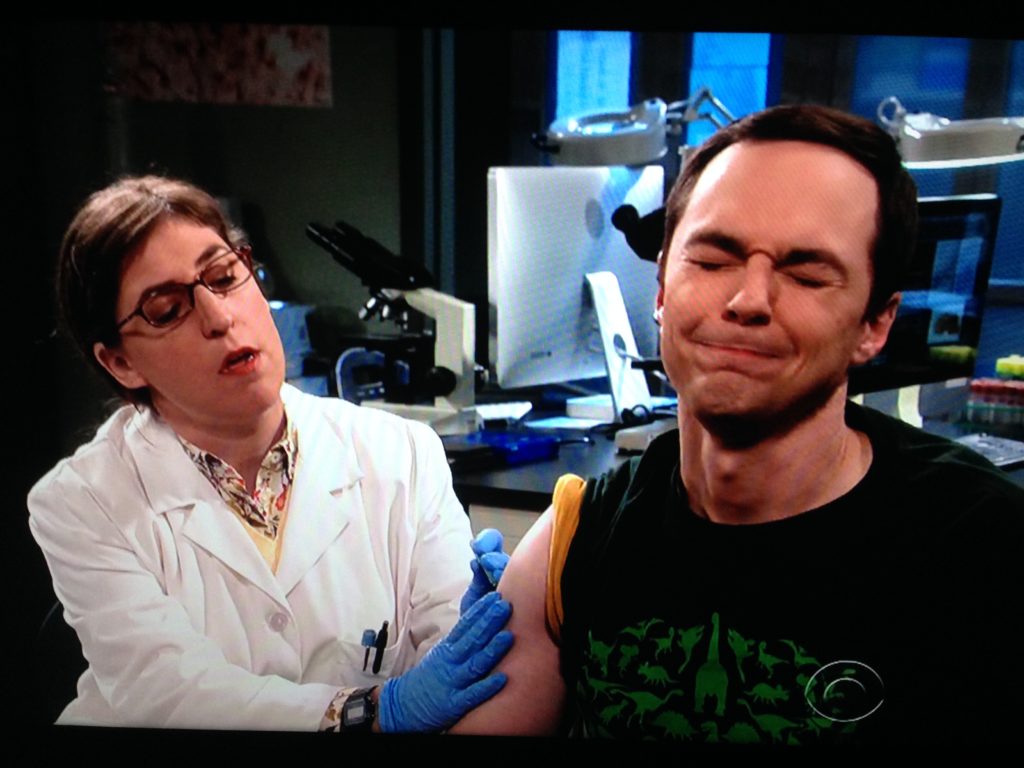 Whatever the tests are, the neural network performs so well that Sheldon reaches a conclusion I’ve been waiting for from him for years: that he should procreate with Amy so they can have an exceptionally gifted child. And he doesn’t mean sometime. He means NOW. Like now as in “let’s lower our underpants a little” and make a baby in the lab NOW.

Amy is completely caught off guard by this, and despite her having been ready to get him in bed since they started dating, she resists his pressure to get it on for this reason and at her place of work. Sheldon misinterprets her resistance as playing hard to get and pulls out all the stops of seduction, beginning with the old “I dropped my pen” trick in the lab, and escalating to a full-on seduction routine back at home, complete with a trail of rose petals leading to their door. 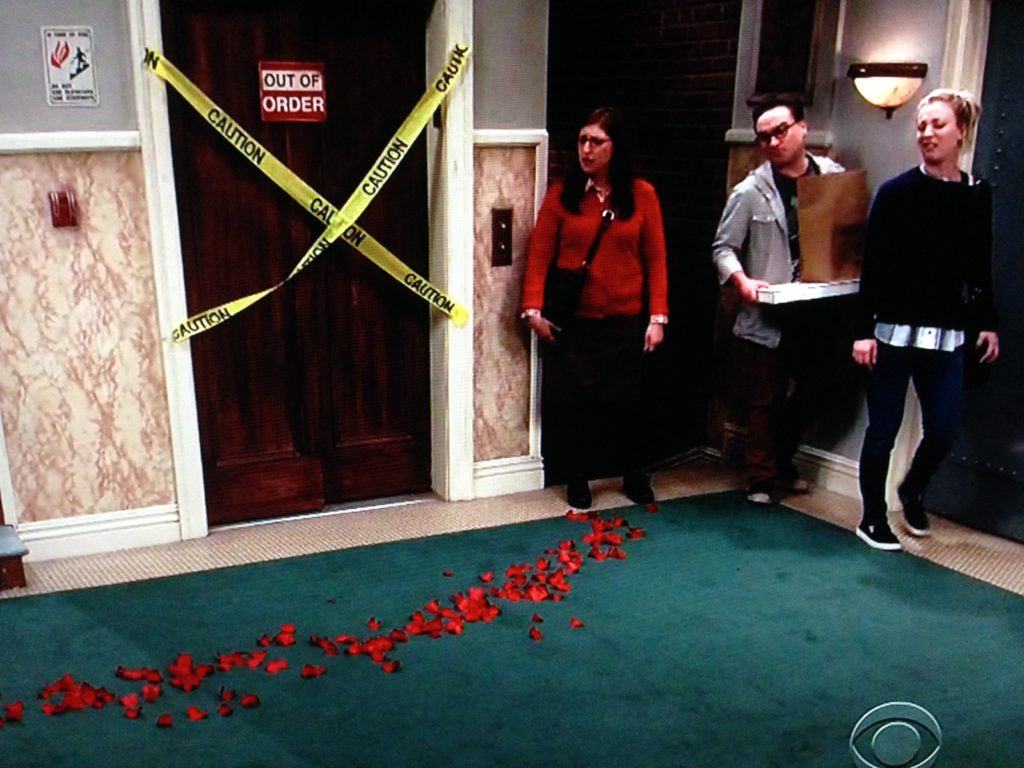 When Amy escapes this attempt at romance by running across the hall to Penny and Leonard, telling them that it was akin to being seduced by “Rat Pack Pee-Wee Herman,” Sheldon follows and performs the dance of love for her: The Flamenco. She ducks out, leaving a bewildered Penny and Leonard behind and fanning her overheated self because it was a close one. That Sheldon really knows how to push her buttons. Hers, and nobody else’s. 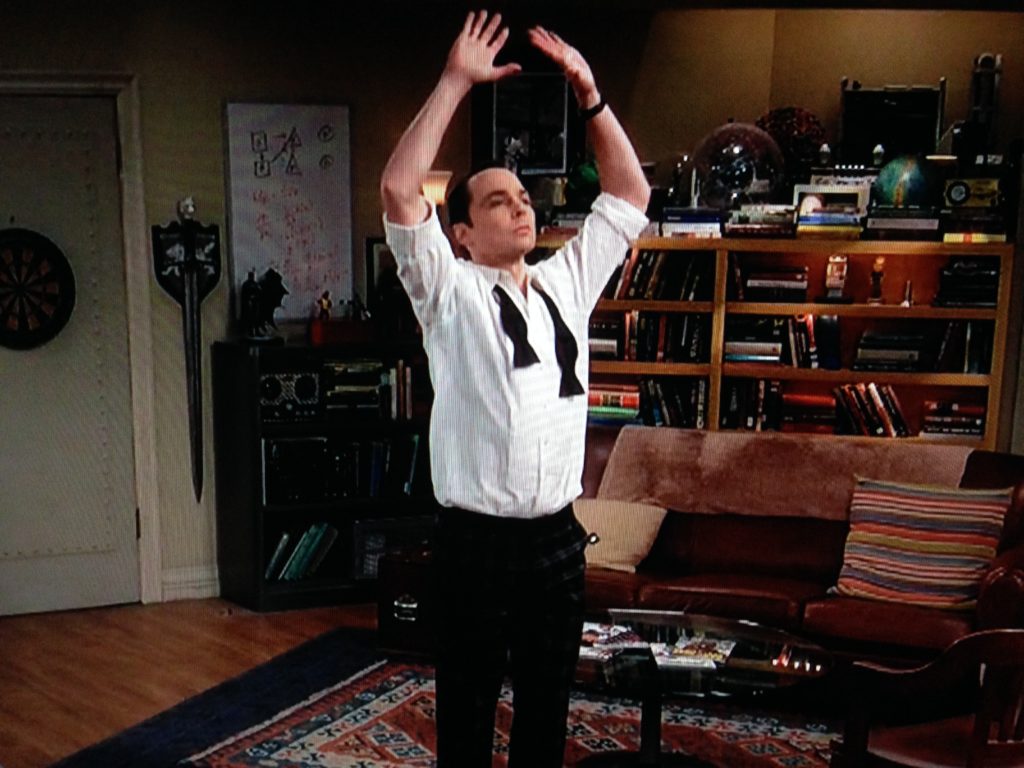 Meanwhile, Raj is in the telescope room when a presumably new cleaning lady comes in, just as he’s discovering a gravitational wobble in space. Issabella (Maria Canals-Barrera) is a beautiful Cuban woman with a 19-year old son and no husband in the picture for many years, and Raj woos her by helping her empty his trash and scrubbing a toilet for the first time in his life. 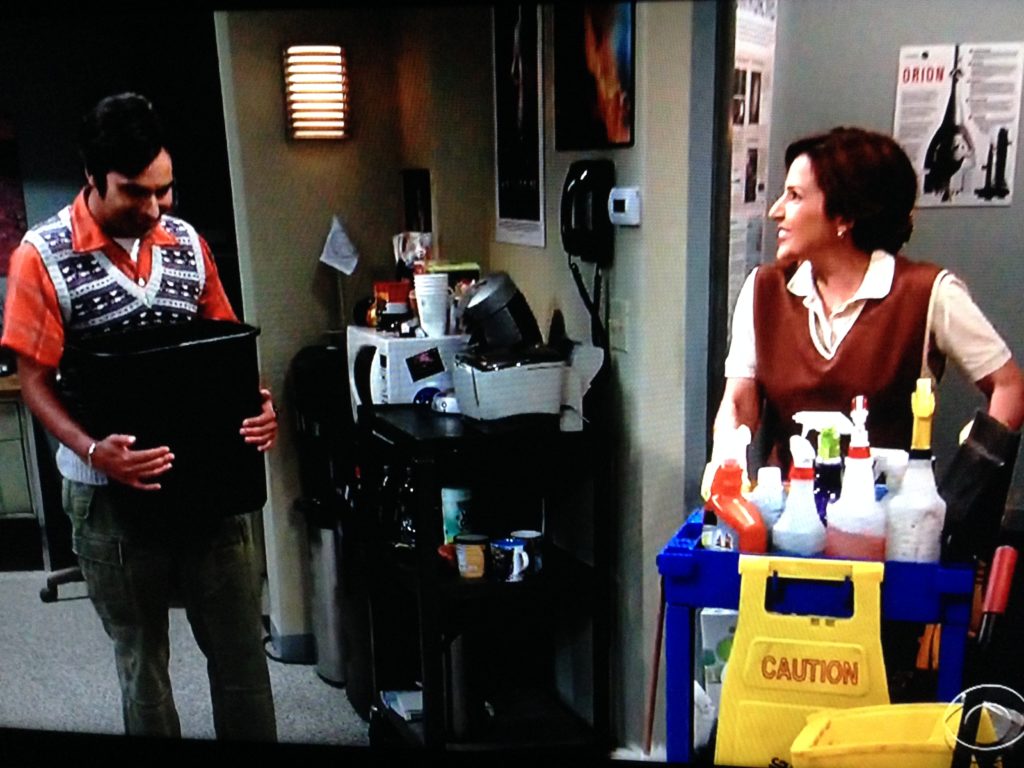 The friends catch on to his having met someone when all he orders on Thai takeout night is steamed broccoli, a sure tell that there’s a woman in the picture because he only eats vegetables when he’s worried a woman will see him shirtless. He confesses that he’s met someone at work, and when the gang jumps to the conclusion that she’s an astronomer, he doesn’t correct them– he runs with it.

Later, he surprises Issabella with a cozy dinner in the telescope room because she’s told him she works two jobs and doesn’t have time to date. He has assumed she’s Mexican and made Mexican food. Howard interrupts and innocently gives away the fact that Raj misled his friends about her occupation. Issabella is reasonably offended by this and leaves with her cleaning cart, but Raj chases her to apologize for being ashamed of her job and tries to even the score by sharing that he lets his dog eat out of his mouth because he likes it and that he’s afraid of butterflies. She accepts the apology and tells him he can take her out for a nice dinner on Sunday night, and that it’s OK with her if they have Pakistani food, to which he replies that he is Indian. She knows, but now she’s shown him how it feels. 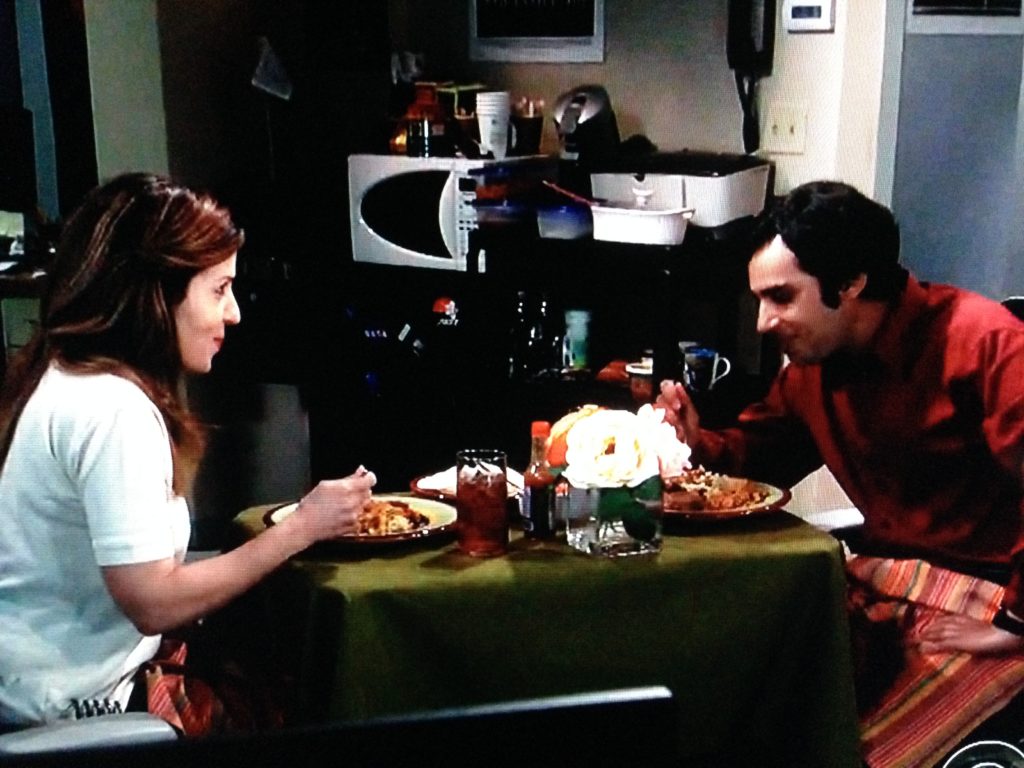 The real fun in this episode was seeing Sheldon ready to take another step forward into adulthood, and I’m interested in seeing where that goes. Additionally, if Issabella sticks as a love interest for Raj, they’ve managed to introduce a Latina in a recurring role. (And don’t even get me started on the fact that Maria Canals-Barrera is 50, which is VERY COOL CASTING!) Fingers crossed that they get it right. Who knows– they might even meet a black person someday!