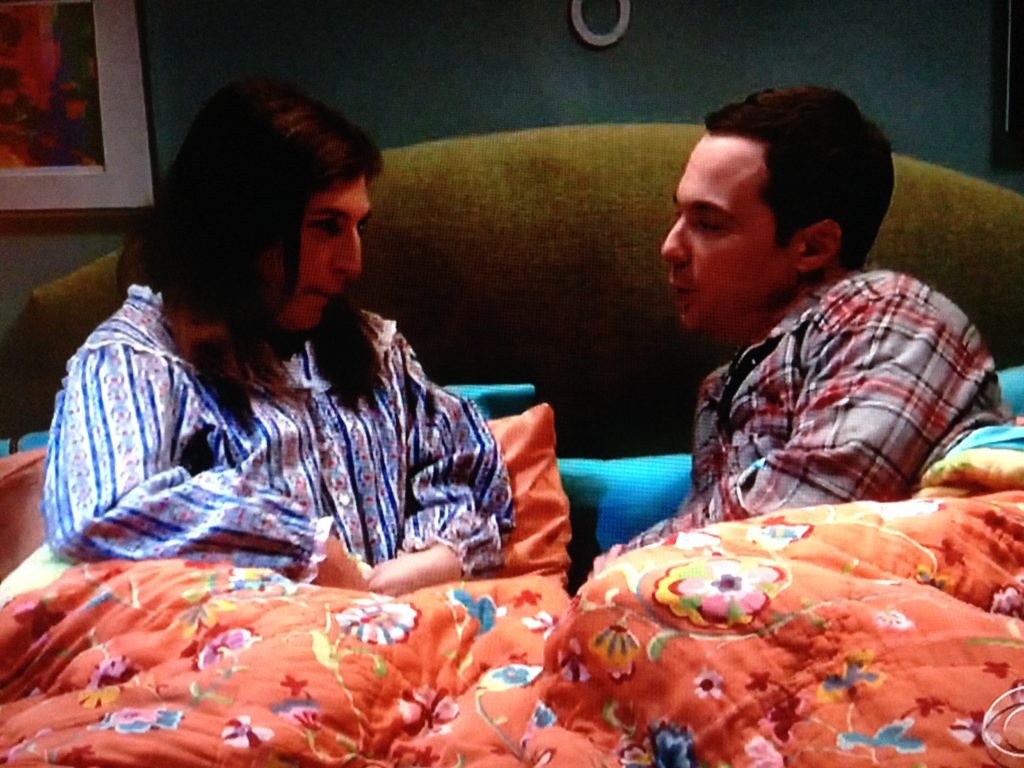 Sheldon and Amy’s relationship is such a breath of fresh air. Think about it: where else on TV are you seeing two non-supermodel scientists who are intellectual equals dedicated to their successful careers and in a committed romantic relationship without having steamy sex all the time? Every episode that focuses on them both delights me and makes me love Mayim Bialik more. (And I do love her. She is rad.)

In this episode of The Big Bang Theory, “The Cohabitation Experimentation,” Amy has had a plumbing problem at her apartment and she needs to find somewhere else to stay for five weeks. Leonard and Penny propose that Amy and Sheldon could try living together in one of their two apartments, and they successfully sell Sheldon on the idea by framing it as a scientific experiment. 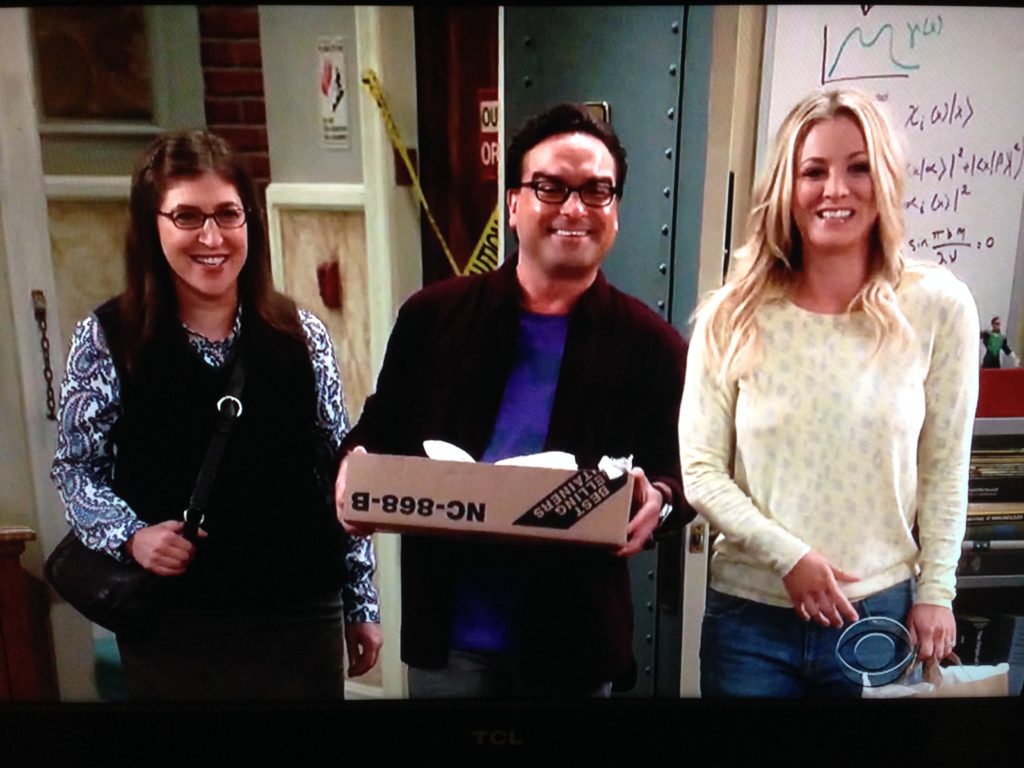 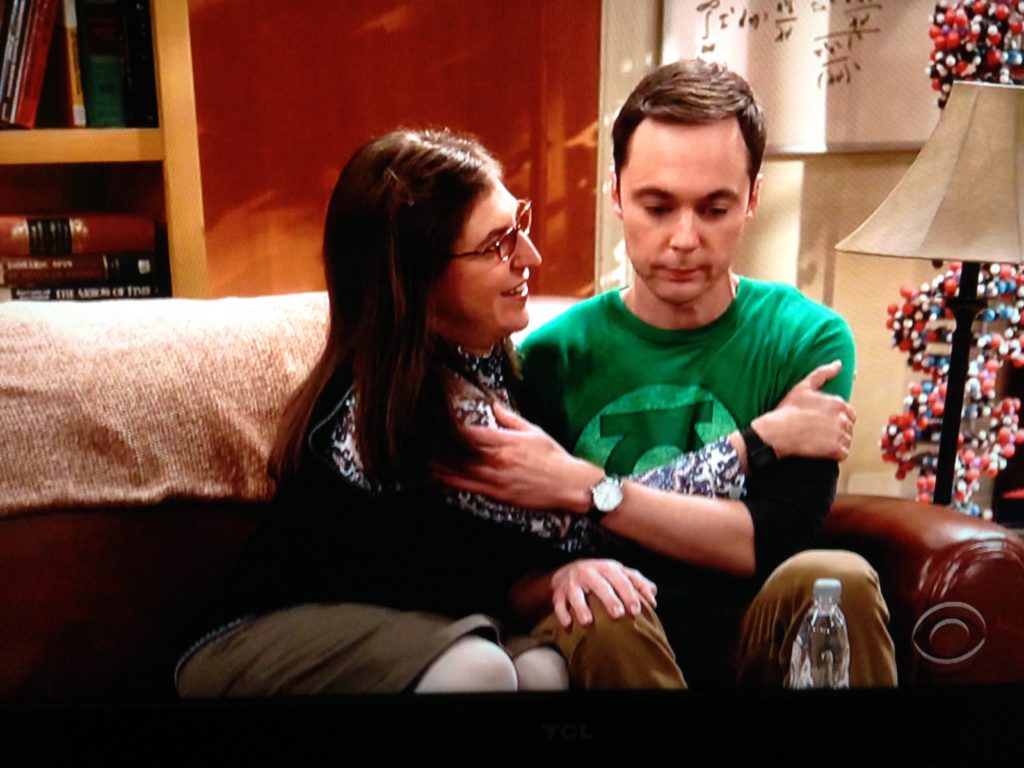 Sheldon and Amy go to Penny and Leonard, respectively, to seek advice about making the living arrangement successful. Penny advises Sheldon to compromise and be considerate. Leonard gives Amy more practical advice, like not to leave belts on the floor at night because they look like snakes in the dark and to avoid flash photography because Sheldon startles easily. 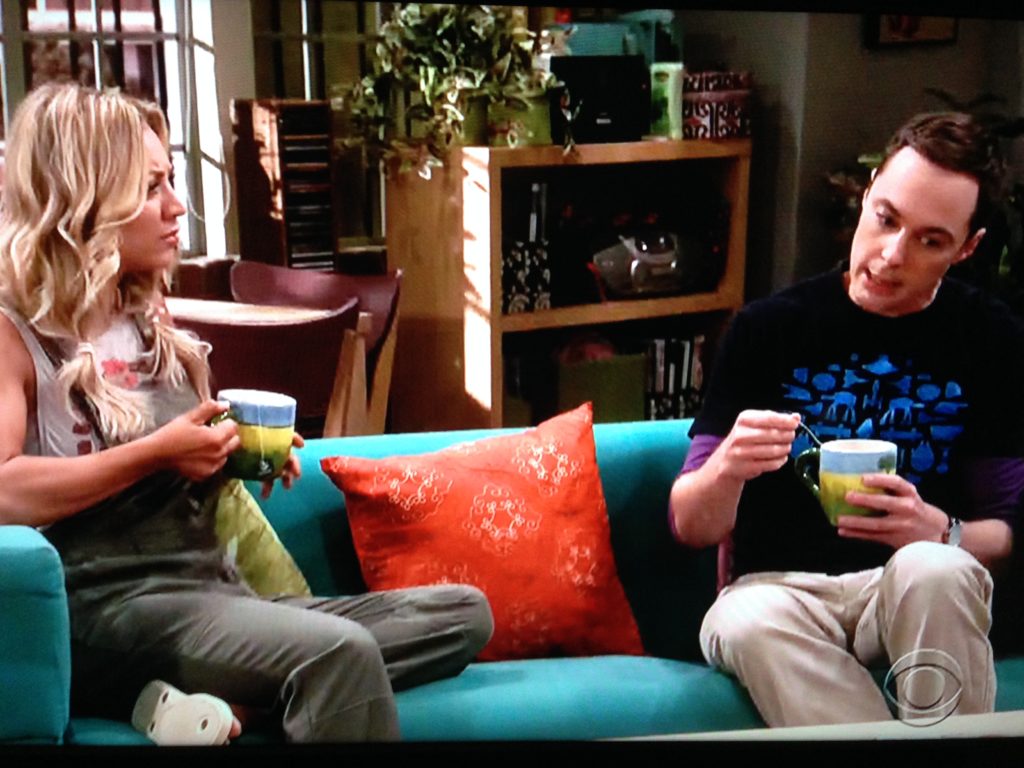 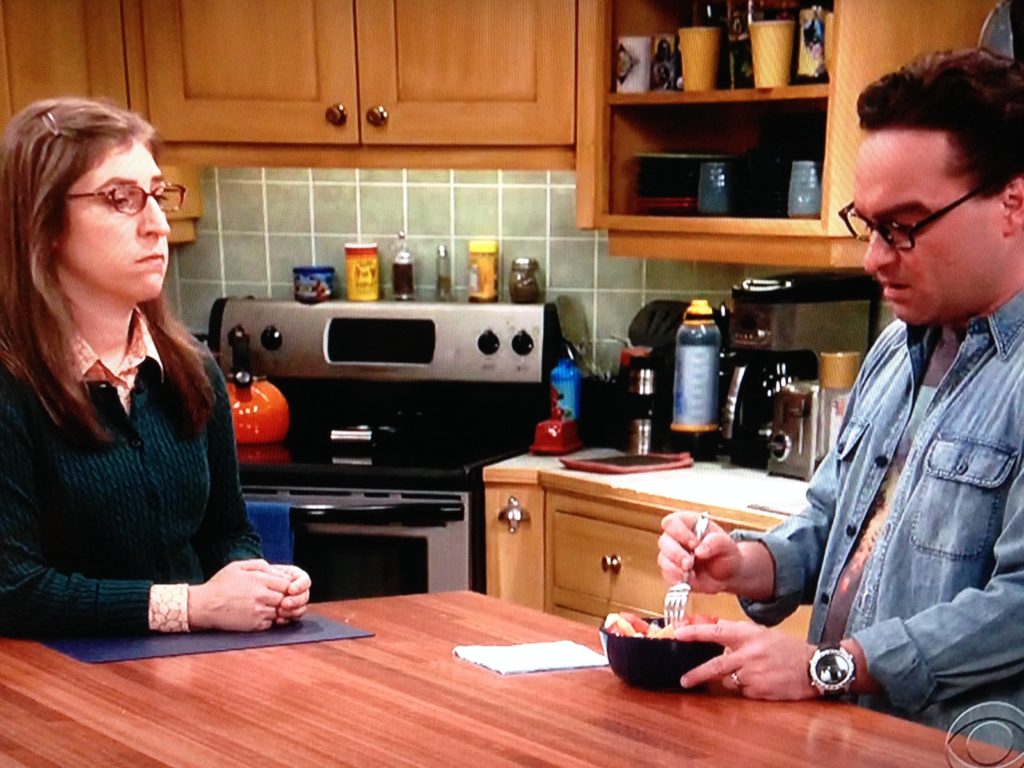 As Sheldon packs for their adventure across the hall in Penny’s apartment, the “neutral” environment they’ve chosen for their experiment, Amy confronts the issue of “coital expectations” directly. She tells Sheldon that since they’re both processing a lot just by living together, they should take physical intimacy off the table for the time being and revisit it once they’ve settled in. (The moments when Amy and Sheldon are considerate of each other in this way strike me as gems of modeling kindness.) 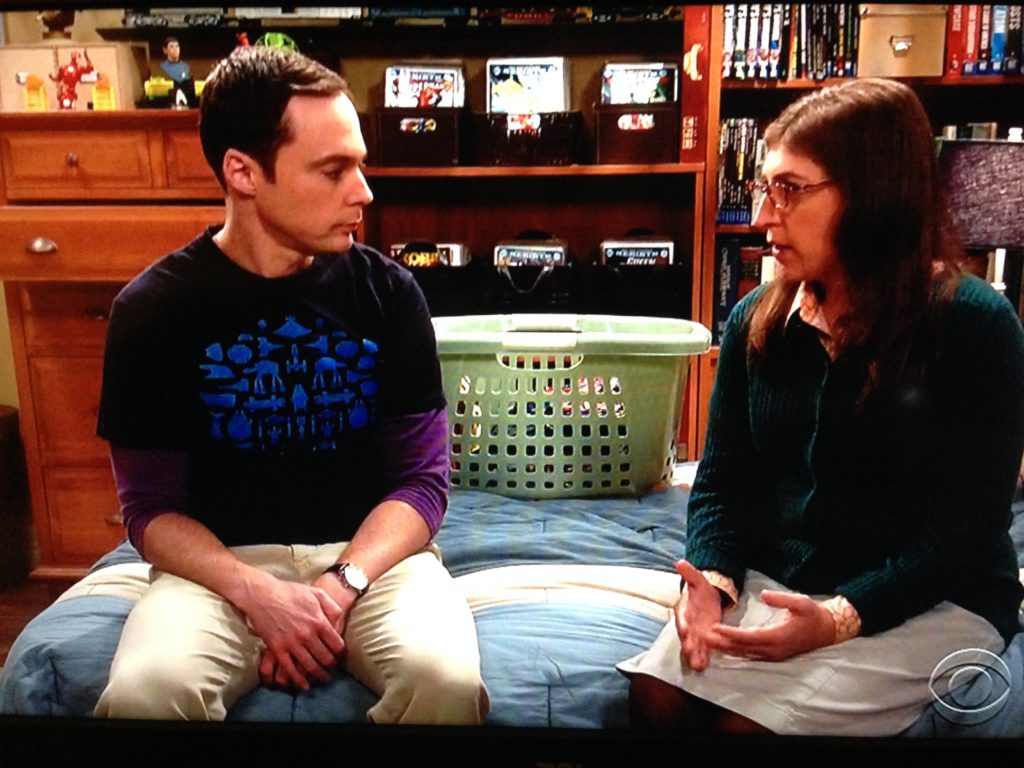 On their first night alone at Penny’s, Sheldon deliberates annoyingly about which side of the bed to take and Amy’s bedtime routine in the bathroom is unsettlingly audible. Sheldon talks in his sleep, makes odd snoring sounds and ultimately pushes Amy off the bed with his space hogging. 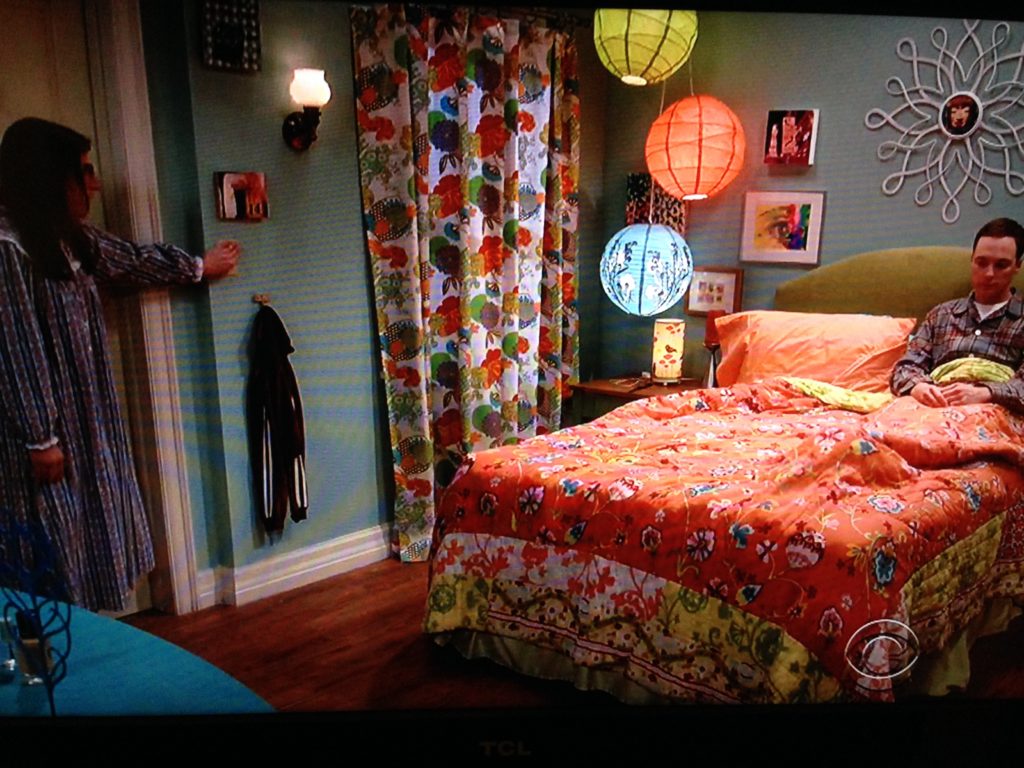 The next day, exhausted and irritable and venting to Penny over coffee in Leonard and Sheldon’s apartment, Amy is ready to call the whole thing off. Sheldon enters (without knocking!) and is surprised by her position. 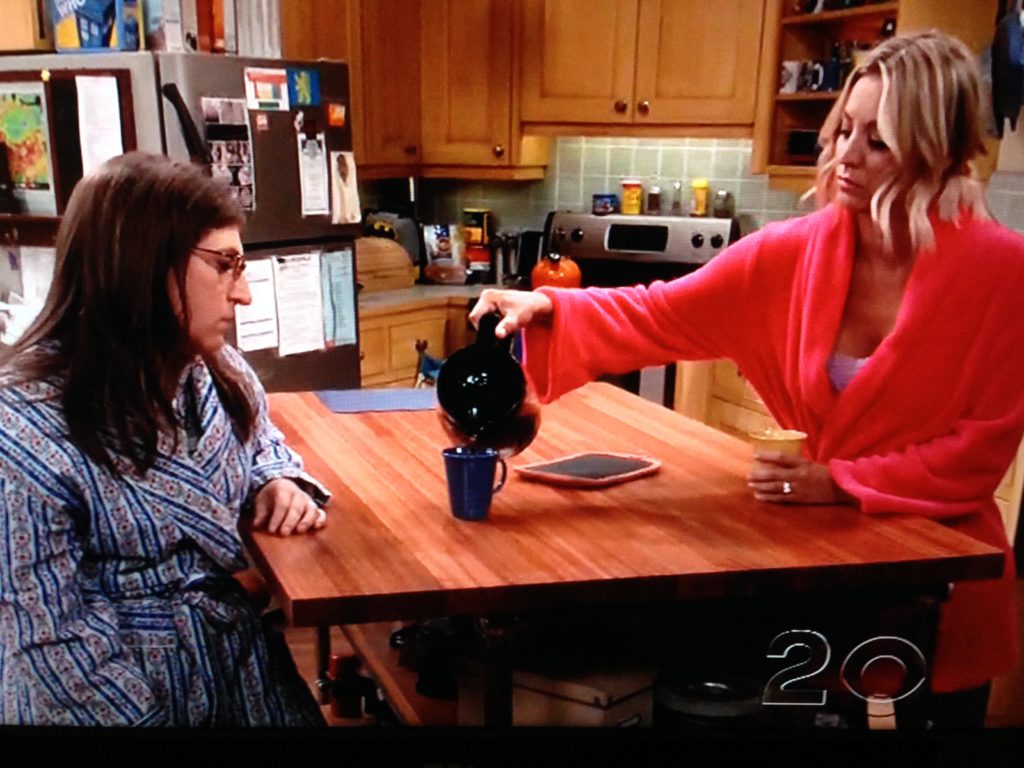 He challenges her integrity as a scientist for interrupting the experiment after just 12 hours, and an epic verbal battle ensues, characterized by escalating science disses. Once they reach a spirited agreement to continue the experiment, they are so aroused by the argument that they rush across the hall to make out. 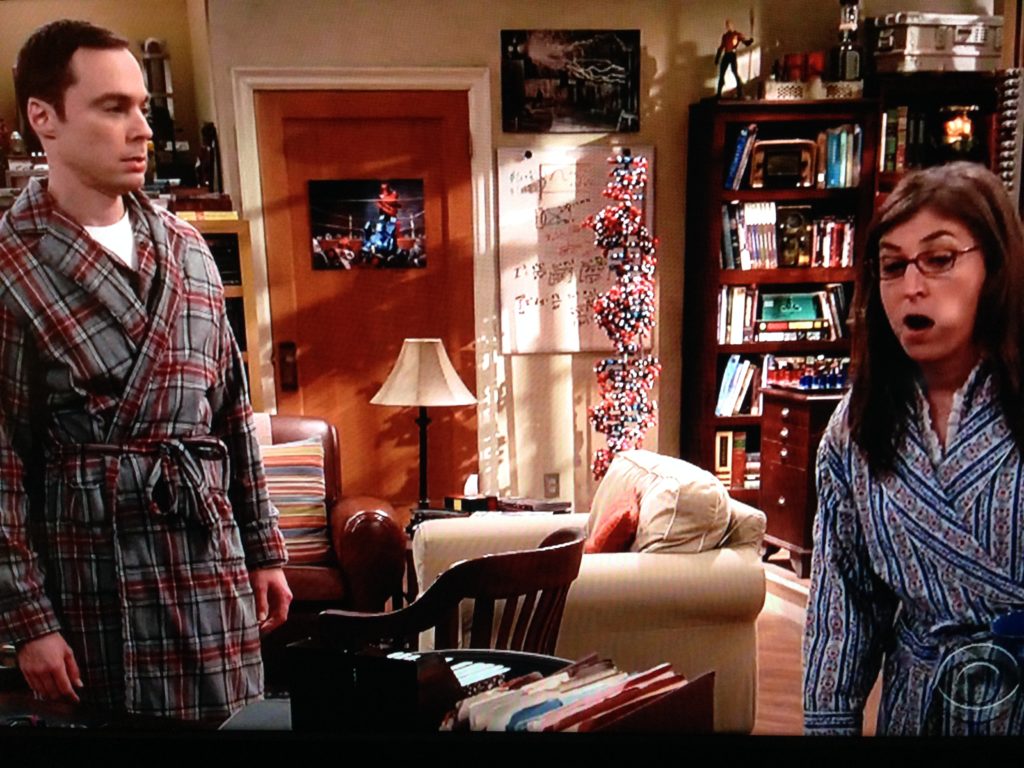 The side stories in this episode are light- Bernadette and Howard are resisting the temptation to learn their baby’s gender, but Raj snuck a peek at the doctor’s folder when he tagged along to their OBGYN appointment and he knows. While Sheldon and Amy are negotiating their sleeping arrangement, Howard and Bernadette are calling Raj repeatedly and hanging up before they ask him anything as they waffle about whether or not they want to know. 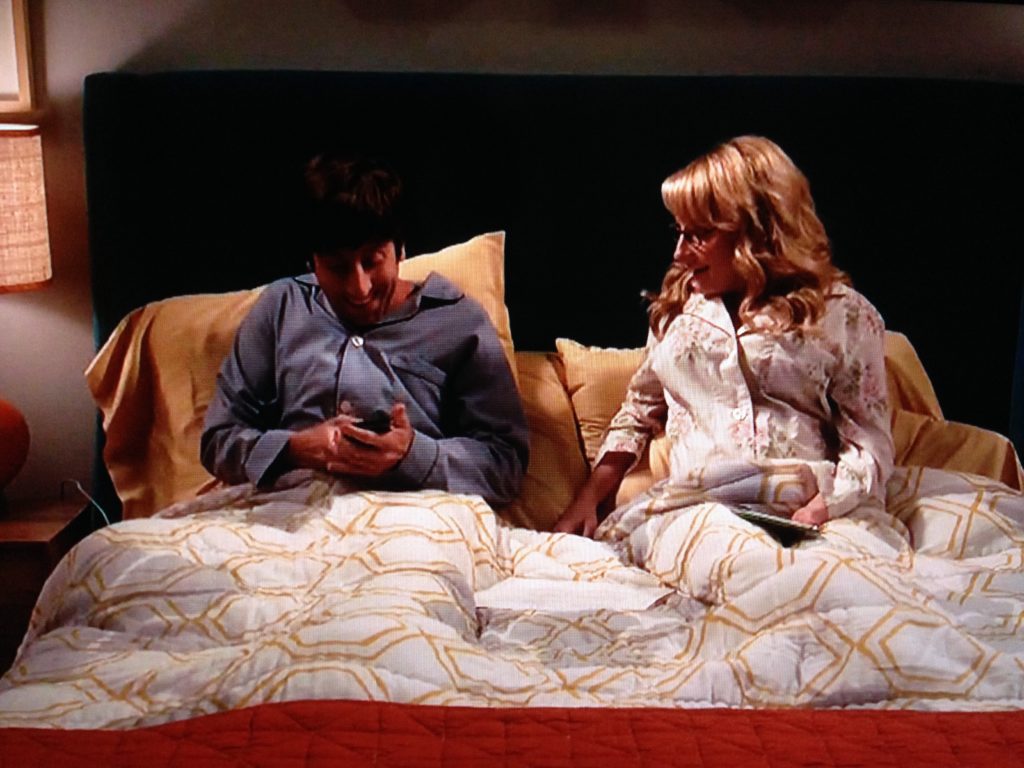 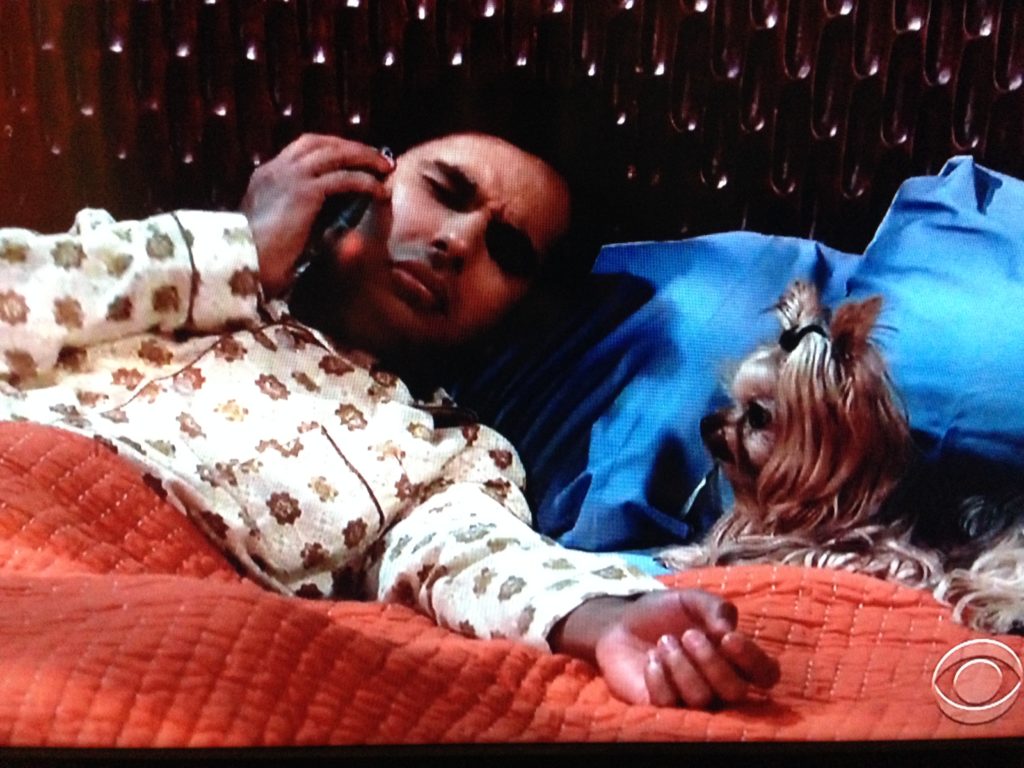 Even lighter is the underwear dance party Penny and Leonard have as soon as they know Sheldon is safely in bed for the night across the hall. Leonard rocks moves he picked up from Dance Dance Revolution until he overdoes it on The Worm and has to turn to his inhaler. 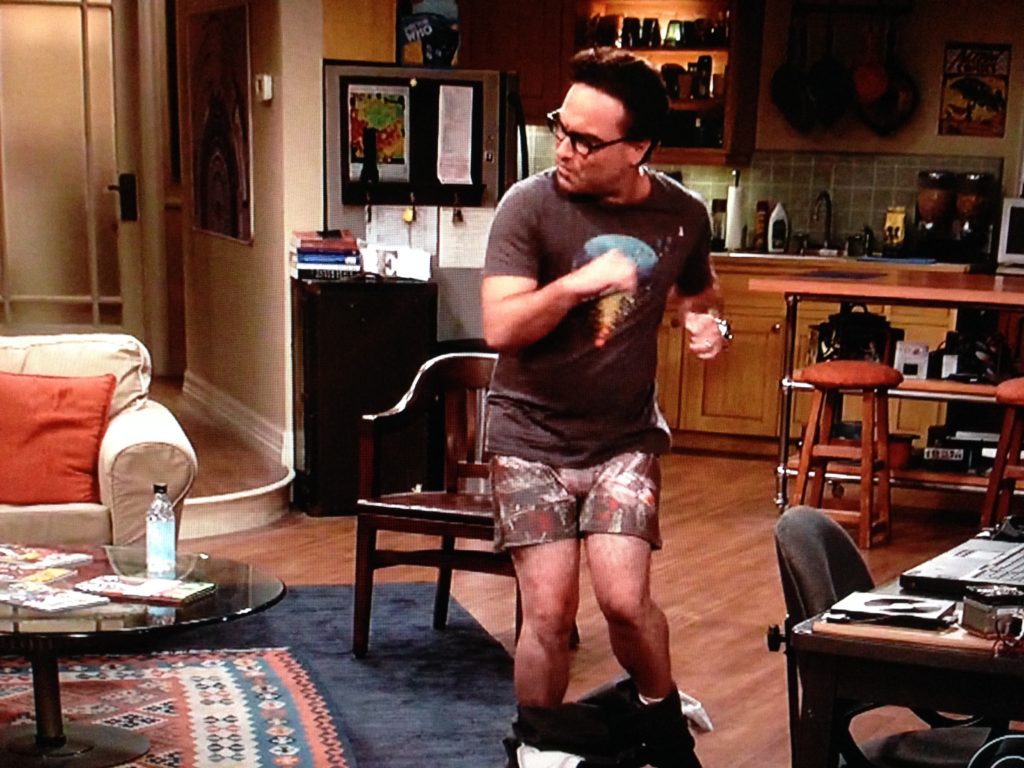