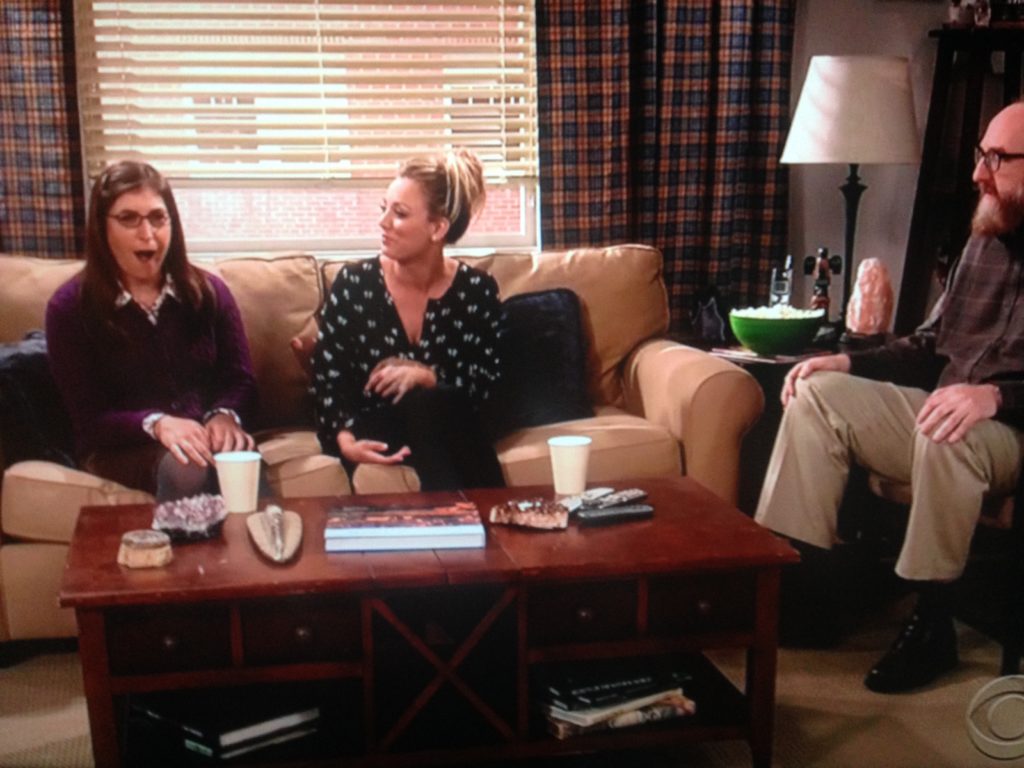 I really liked this episode of The Big Bang Theory.

The guys are hard at work in their classified lab these days, and where Howard (Simon Helberg) and Leonard (Johnny Galecki) are ready for the late nights their ridiculous two-month deadline will require, Sheldon (Jim Parsons) has a bed time and needs to go night-night. Since the unreasonable deadline is Sheldon’s fault in the first place, Howard and Leonard insist that he figure out how to stay awake. 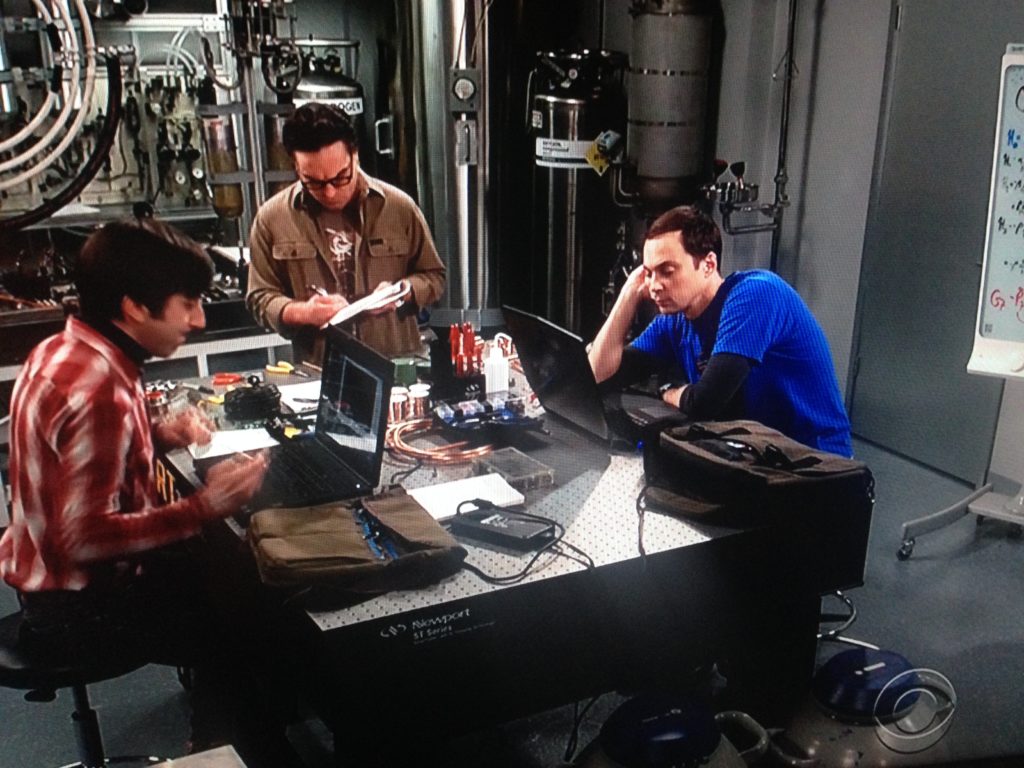 Initially, Sheldon powers through (for 3.5 minutes) on sheer willpower, but after being visited by The Flash (Brandon W. Jones, listed in the IMDB page for this episode as “Superhero”) at the vending machines, he tries an energy drink and returns to the lab with his hyperactivity level cranked to 11. (The Flash, BTW, gives one of my favorite lines in the episode, explaining to Sheldon that he’s able to give away energy drinks for free because he bought stock in Marvel. Ha!) 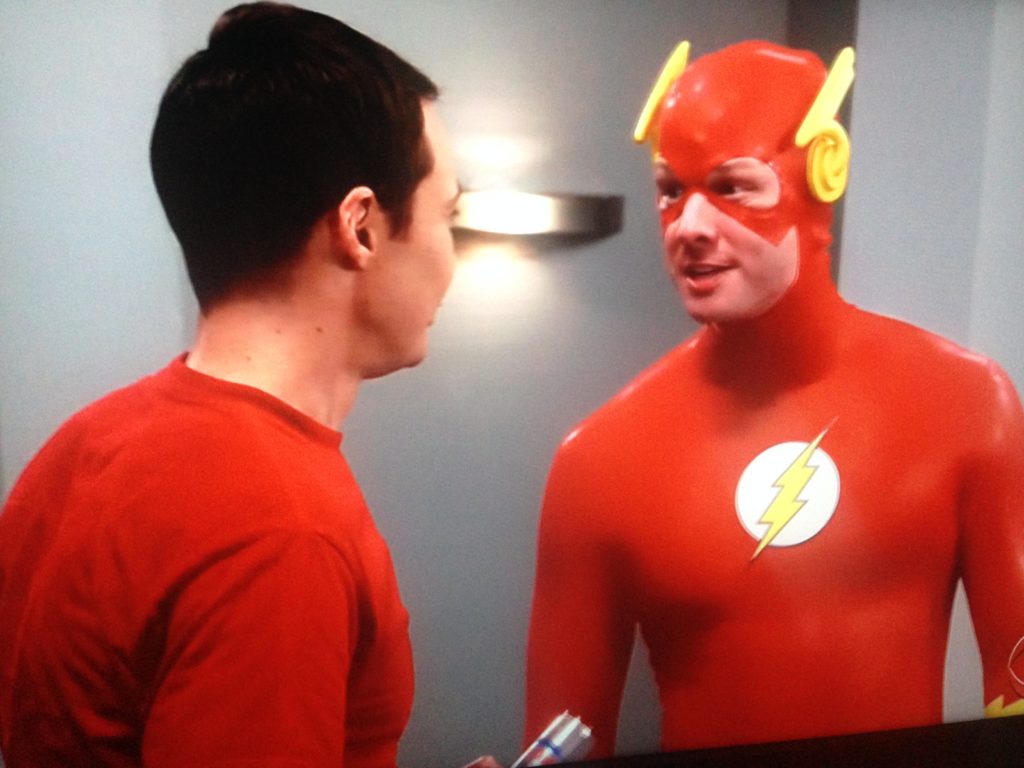 Sheldon crashes once the caffeine leaves his system and decides he has a caffeine addiction. Howard and Leonard refuse to indulge his pity party, and after the three go around about whether or not Sheldon needs to stay caffeinated to keep up the hours needed to deliver his foundational part of the project, he confesses that he can’t figure out the math in the time allotted.

Humbled, the guys go to Colonel Williams (Dean Norris) to confess that they can’t make their deadline, worrying about what the consequences might be. To their surprise, the Colonel asks how much time they need (two years!) and almost dismissively agrees to the new deadline. They’re shocked, and the Colonel explains that they aren’t the first government contractors who couldn’t meet a deadline and that he’s still waiting for a space laser Reagan ordered.

Meanwhile, Bernadette (Melissa Rauch) and Raj (Kunal Nayyar) are making room for Baby at the Wolowitz residence, and Bernadette has a TERRIBLE attitude about the whole thing. Bernadette starts to spiral while explaining to Raj that in her doll games as a child, the mommy and daddy shipped their kids off to an orphanage because they didn’t like them and wanted to go on adventures (which involved being taped to her dog). 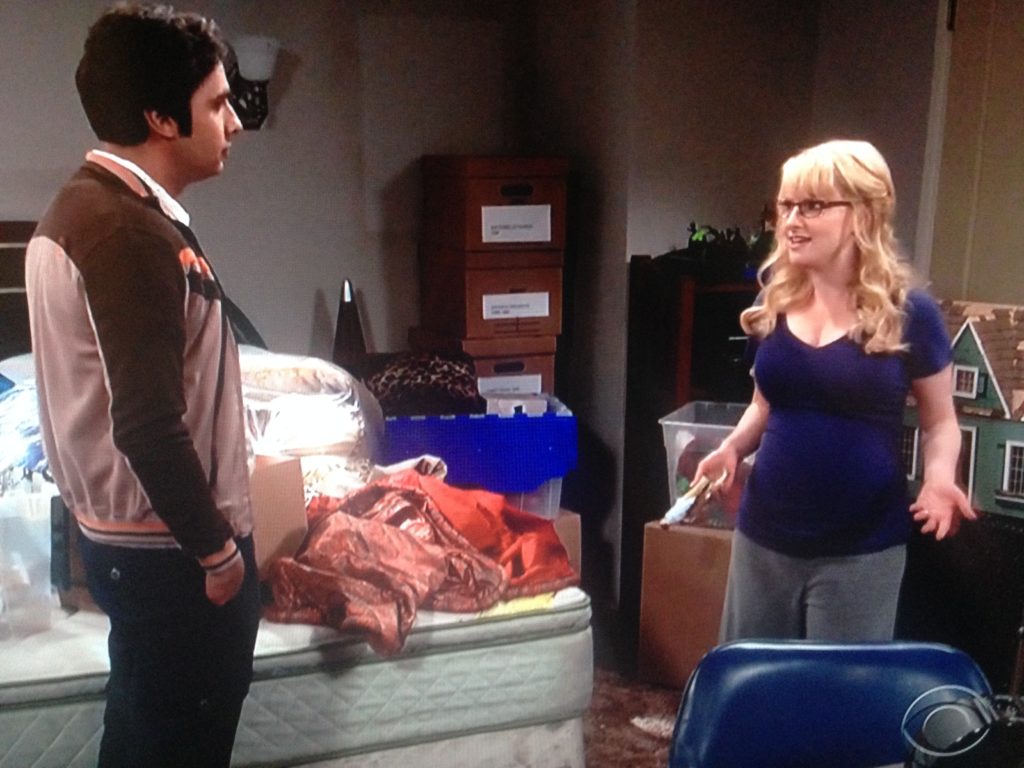 She shouts: “Not every girl dreams about being a mom. Sometimes you think you’re never going to have kids, and one day you wake up and you’re pregnant, and it doesn’t matter that your career’s going great right now and that you and your husband never even got to go anywhere taped to a dog!”

Raj responds by having her Skype with his father, an OBGYN, who quickly assuages her fears by assuring her that you can’t know in advance what will happen, and that her perceived lack of excitement about motherhood is not necessarily indicative of anything.

Penny (Kaley Cuoco) and Amy (genius Mayim Bialik) spend the episode together attending a “party” at Bert’s (the terrific Brian Posehn) apartment, where they wind up being the only guests to show. Instead of being a bust, though, the event winds up being a lot of fun when the women discover that Amy is the most popular woman at Cal Tech, and that Sheldon is only popular because he’s dating her. 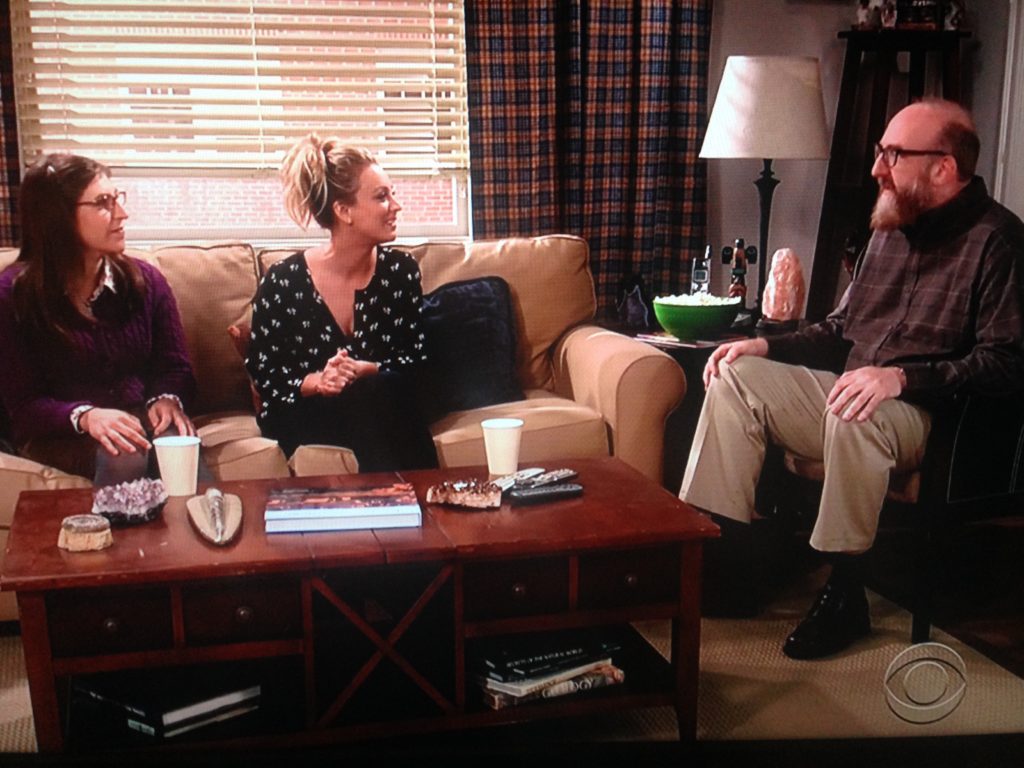