The Best of “Overheard at San Diego Comic Con” 2016 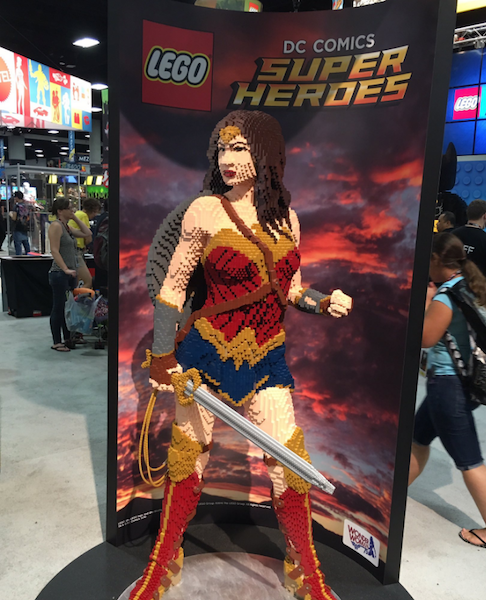 San Diego Comic Con 2016 has just ended. I’m back home in my own bed, my feet hurt, I have con crud from the millions of germs that were floating around the convention floor but I am happy. 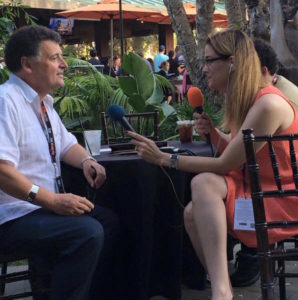 This year I met Steven Moffat, was Neil Gaiman adjacent at a party, got into the Syfy / The Magicians party,  went to the Star Trek Beyond World Premiere where I received super-cool swag, dropped money on some amazing art, danced at Nerd HQ and drank a bit too much. So much that I forgot to tweet my favorite “Overheard at Comic Con quotes” but thanks to diligent con-goers, I was able to compile a list.

As evidenced in these tweets, Pokemon Go was the clear winner of this years SDCC. Everyone was obsessed! It didn’t matter if you were at a party, panel, on the con floor or even in the bathroom – the game ruled all.

(Note: Props to @tv_Victoria for posting so many awesome Overheard at Comic Con quotes!)

Overheard at Comic-Con: “Where the Pokémon at, bro?” #sdcc

Overheard at #SDCC: “You can get to THREE Pokestops from the men’s bathroom!”

Overheard at #SDCC:
Guy: I don’t get why they want to stand in line for hours for this stuff.
Girl: No, honey, this is like their Coachella.

Overheard at #SDCC: “My daughter witnessed me interview for and land a freelance job in a panda suit” #SDCC2016

Over heard at SDCC “how many comic colorists does it take to change a lightbulb?” Me”?” “IDK but they’ll all want to be credited equally.”

“My aunt became really obsessed with essential oils and I think it’s because her marriage is a sham.” Overheard at #SDCC

Overheard at #SDCC: “Oh! Get a picture with that Power Ranger!” – a mom talking about #Deadpool

Overheard at #SDCC “Have you ever seen LOVE ACTUALLY? It’s an old school English movie about Christmas.”

Overheard at #SDCC: “this still feels like a dream.”

Overheard at #SDCC –
Wife: Why don’t you get in line?
Husband: I hate people.
Wife: Then why did you make us vacation here?
😂😂 #comiccon

Overheard at #SDCC:
“…piss-poor adaptation…”
“…you gotta reboot that sh*t.”
“Asden, get me a sword!”

Overheard at #SDCC: two cosplayers wanted photos of each other. The one dressed as Han Solo asked if he should <sunglasses> shoot first.

Overheard at #SDCC: “You should check, I don’t think I did a good job of wiping.”

I think a lot of people just like soy sauce. #Overheard at #SDCC

Cab driver is telling me & @BrianDBradley that the end times are coming and Jesus is causing global warming. #SDCC #ComicCon

Overheard, #sdcc: “Is that a costume, or does she just work at the hotel?”

Overheard at SDCC Hall H line: I got this dress from Forever 21 but it’s very evocative of Star Trek. #okthen #nerdisms #SDCC #HallH

Overheard at Comic Con “Zika is just ruining everything” #SDCC

“I’ve been awake for two hours, at this point the going back to sleep train has sailed.” -overheard at #SDCC

Overheard at Comic-Con: “Honestly, dude? At this point I’d shit if I saw a decent Groot.” #sdcc

Overheard at #SDCC: People are starting to smell.

Most overheard phrase at #SDCC:
“What’s this line for?”

Overheard at #sdcc: “I miss how life was a few months ago when there was no RNC and it felt like Dat Boi would last forever”

Honestly if the only reason you watch #Arrow is because of John Barrowman, that’s okay. #Overheard at #SDCC

Let me give you one of my cards and we can be friends on the internet. #Overheard at #SDCC

Overheard outside my hotel last night at #SDCC

Overheard at #ComicCon
Child: We’re not at the front of the line again
Parent: Sweetie you’re never at the front here

Overheard at #ComicCon “can I get a picture of you eating my face?” #zombiefun #wtf #WalkingDead #SDCC2016

Overheard at @Comic_Con: I hate this crowd it’s worse than a rave. #SDCC2016

Overheard at Comic-con #1: You have to read it in the original cuneiform.

Overheard at ComicCon: “I don’t want to do this anymore. This is my last year. I’m never doing this again.” #SDCC2016 #WordForWord

Overheard at Comic-Con: “We can go catch Pokemon, or we can grab lunch. What do you want to do?” Both seem like sensible choices.

“So I told him that I’m an adult and I can buy all the buttons I want!”
-My favorite thing I’ve overheard at Comic-con this year

Overheard at #ComicCon
Girl: I’m running low on balls
Guy: want me to find some for you?#hopetheymeantpokemongo

Overheard at ComicCon: “I’m trying to get my cat into this cat film festival…” #SDCC2016 #day1

Overheard at #ComicCon: “You’re at Comic Con! Learn to work the pole!”

“I was at a party and saw Darth Vader puke after a shot of Fireball. His buddies started calling him Puke Skywalker.”-Overheard at #SDCC2016

Overheard at #SDCC2016: a little girl pointed to a statue of Batman and said, “Underpants man!”

“We are near the big Brown Orc.” – mom carefully setting up meeting on phone #overheard at the #SDCC2016

Overheard at #SDCC2016 “so how do ya pee in that storm trooper suit?” “Whelp! The codpiece comes off!”

“It’s been working for me, man. Dove for men”

Overheard at #SDCC2016 “look at that hot Spidergirl!” Friend responds condescendingly “there’s no such thing as Spidergirl.” #priorities

“Why does something have to be the matter? Why can’t I just be angry at you for no reason?” – overheard at #SDCC2016

Overheard at Comic Con. “I keep equating the scene outside with War of the Worlds.” #SDCC2016

Overheard at #SDCC2016: “Can you get two fresh beers for the adults?”

Best thing overheard at #SDCC2016 so far. “As a fat guy with a beard, I think that…” Going to be another great year!

Overheard at Comic Con. ‘So what time does the expedition hall open’ ? Well sometimes it does feel like that. @SD_Comic_Con

Overheard someone say: “Everyone’s accepted at Comic-con.” Wouldn’t it be nice if the whole world were more like Comic-con? #sdcc2016