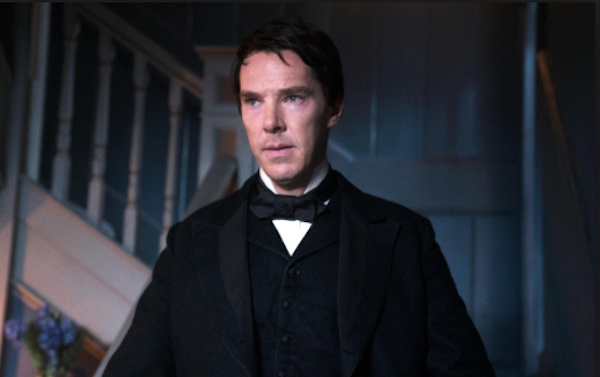 Fresh off of his successes with Doctor Strange, Benedict Cumberbatch is going straight to the past as Thomas Edison in the upcoming The Current War.  The Weinstein Company released a first-look photo of Cumberbatch as the historical icon, as reported by Deadline today.

The film is said to focus on the race between Edison and Westinghouse Electric, to create a viable electricity system for the masses in the 1880’s.  It was Edison’s direct current versus Tesla’s alternating current.  I find it fascinating that as this film is just starting to shoot scenes and go into full production, this debate still exists in the world.  The electricity that comes into our houses is alternating current, but there’s a lot of conversion needed for our every day devices.  Edison and Tesla could just as well be having their feud in our modern society.

Edison and Tesla’s contempt for each other was famously vicious, and I’m really looking forward to seeing the drama play out on screen with Cumberbatch at the helm.

Me And Earl And The Dying Girl‘s Alfonso Gomez-Rejon is directing. Also starring in the pic are Katherine Waterston (Fantastic Beasts And Where To Find Them), Tom Holland (Captain America: Civil War, Spider-Man: Homecoming), Matthew Macfadyen (Ripper Street) and Tuppence Middleton (War & Peace). Nicholas Houltis aboard as Nikola Tesla. –Deadline

The Current War is due to release this year, with no specific release date.