Benedict Cumberbatch Hints at the End of ‘Sherlock’ 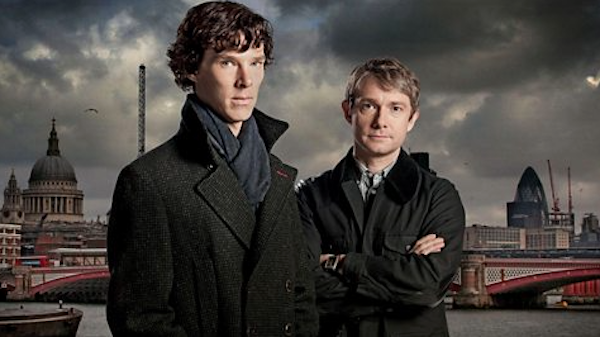 What is going on!?!  It seems that every show I love is coming to an end.  I’ve posted on the end of THREE excellent shows just this week!  So, could it be that Sherlock will follow in step?  Ugh.  Come on.

According to Deadline, during a GQ UK interview, Benedict Cumberbatch said of Season 4…

“It might be the end of an era… It feels like the end of an era, to be honest. It goes to a place where it will be pretty hard to follow on immediately. We never say never on the show. I’d love to revisit it, I’d love to keep revisiting it, I stand by that, but in the immediate future we all have things that we want to crack on with and we’ve made something very complete as it is, so I think we’ll just wait and see. The idea of never playing him again is really galling.”

Well, that’s upsetting.  Just the fact that Cumberbatch is thinking about never playing Sherlock again is enough to make me worry.  The fact that the show has not yet been renewed for Season 5 doesn’t help.

I guess all good things must come to an end.  Must they?  Cross your fingers, and look for clues.

Sherlock Season 4 will premiere in 2017.