Last night, Benedict Cumberbatch finally hosted SNL, and it was, in moments, glorious.  Most notably, Cumberbatch got venerable in two separate sketches by partially disrobing. 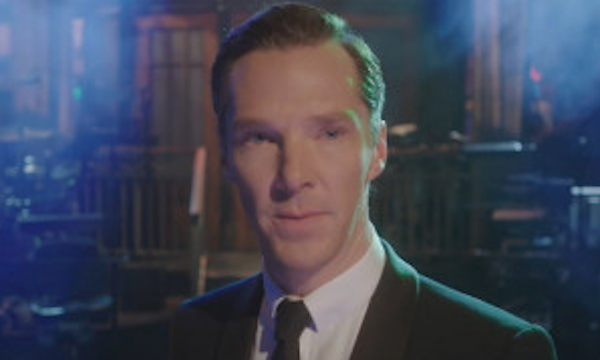 My personal favorite is his appearance in this week’s digital short, which is an homage to the 1984 Macintosh commercial that so memorably shook up the personal computer game.  In this iteration, the breaker of chains is a new Koohl Toilet.  I need not say more.

I will say, Cumberbatch seems to be game to make a fool of himself, and clearly doesn’t take himself too seriously, which, to me is a mark of a quality human being.  He really does manage to look cool on that toilet!

You can watch the original commercial and last nights send up here.

Cumberbatch’s second go at partial nudity also involves a pretty delightful Southern California ‘dude’ accent.  I wanted him to talk more in Surprise Bachelorette.  But this sketch was about Benedict talking with his hips more than his lips.  Take a look.