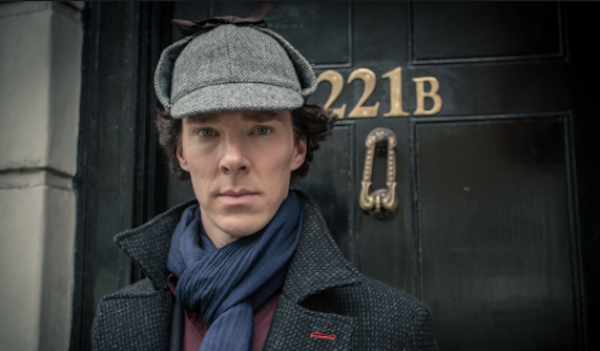 WHAT!?!  Could this be more perfect?  Some awesome genealogy geeks have discovered that Benedict Cumberbatch, who currently plays Sherlock Holmes on TV is related to Sir Arthur Conan Doyle, who CREATED SHERLOCK HOLMES!!

Entertainment Weekly reports that according to Ancestry.com, the two are 16th cousins, twice removed.  I have no idea what that means… but apparently Conan Doyle and Cumberbatch share a common ancestor.  That ancestor is  ‘John of Gaunt, who was the Duke of Lancaster and a close friend of The Canterbury Tales poet Geoffrey Chaucer. John of Gaunt, born around 1340, was also the fourth son of King Edward III of England — another ancestor Cumberbatch and Doyle share.’ Well, la dee da!!

So, now as you watch Sherlock Season 4 in the next few weeks, you can rest easy with the knowledge that all of your deepest suspicions were true.  Benedict Cumberbatch was, indeed, born to play Sherlock Holmes.