Back at the premiere for Batman v Superman: Dawn of Justice, Cines Argentina spoke to Ben Affleck and asked him how he would handle a Batman movie if he were writing and directing it. This is, of course, before the news broke that he was indeed, 100% confirmed to be doing just that along with DC Wunderkind Geoff Johns, but we know now, that at the time of that interview, he was actually already writing that film. So his answer here is telling. 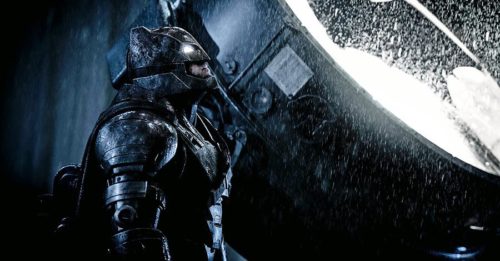 There’s been a lot of speculation around which story they would follow for the film, but Affleck may have just put that to rest. As he said in his interview,

“I think what I would do is, I would probably do in some ways what Zack [Snyder] did with this movie, which is to borrow great stories from the great comic books but create an original story around it. I wouldn’t want fans to already know the story, but I would borrow — steal — great things that have been done before in the comics.”

There you have it. Affleck’s story is no story. He’ll use classic Batman stories to guide the narrative, to inform elements of it and give him ideas for the how’s and whys of particular villains, but the screen story itself will be completely original.

This makes us happy as this is how it should be. Guardians of the Galaxy and Captain America: Civil War are both some of the best adapted comic book movies, yet they are both completely independent of the source material. Hell, Guardians isn’t even based on one single story but is still one of the best due purely to their adaptation of the tone and characters from the comics.

You can watch the interview for yourself in the video below. Thanks to Comicbook.com for finding this gem.