It seems that the rumors have all been proven true — Ben Affleck is indeed working on a standalone Batman film. This comes out of CinemaCon in Las Vegas last night as Warner Bros. CEO Kevin Tsujihara said, after saying they have “at least 10” DC Comics movies coming out over the next five years, that they are, indeed, “working with Ben Affleck on a standalone Batman movie.” 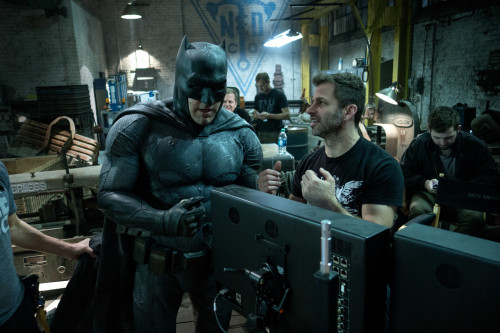 A couple weeks ago, we had WME Agent Patrick Whitesell telling The Hollywood Reporter that, “There’s a script that he’s written that is a really cool [Batman] idea, so that’s out there as an option.”

Also, back in March, Ben Affleck spoke with DC All-Access saying, “Geoff Johns is a brilliant guy. I consider him to be the most valued resource on all things comic book, and every time I like something in the comic I always mention it he’s like oh yeah I wrote that. Now I just think he’s bulls******* me and he says he wrote everything. You know he and I are working together on something and I really am excited about it, and I love him, he’s the best.”

It seems likely that this is exactly what he was talking about! Unless he and Geoff Johns are also working on a Green Lantern script together.