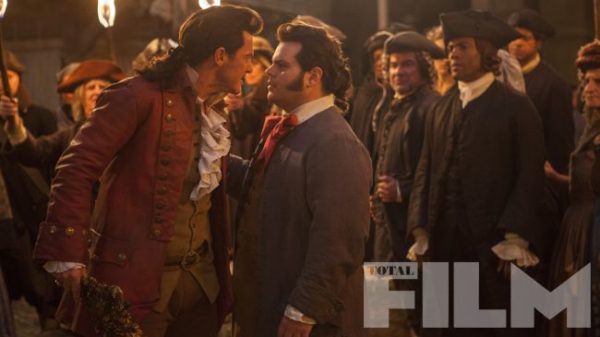 Disney is finally getting progressive! While being one of the most anticipated movies of 2017, Beauty and the Beast continues to get people excited for the film. And now they’ve added to that by announcing that the film will have their first openly gay character! It’s very exciting news, especially for the LGBTQ community. And just who is the character?

In an interview with Attitude magazine, director Bill Condon revealed that LeFou will be exploring who he is and set to feature in a small but significant subplot of his own when it comes to his sexuality. The director spoke of the character and Josh Gad’s performance.

LeFou is somebody who on one day wants to be Gaston and on another day wants to kiss Gaston. He’s confused about what he wants. It’s somebody who’s just realizing that he has these feelings. And Josh makes something really subtle and delicious out of it. And that’s what has its payoff at the end, which I don’t want to give away. But it is a nice, exclusively gay moment in a Disney movie.

RELATED: I Wanna Be Like Gaston: New BEAUTY AND THE BEAST Clip Shows More Singing

I’m incredibly excited for this. Disney is one of the most powerful companies in the world and a family oriented company. For them to finally include an openly gay character, it’s wonderful. I genuinely hope they continue to make strides with this and start being even more inclusive. Not only that, this will definitely add a layer between the Gaston/LeFou relationship that was probably there the whole time. Gad is also very proud to be carrying that torch.

What do you think of this news? What does this mean to you? Let us know and be sure to see Beauty and the Beast on March 17th.

Beyond proud of this https://t.co/5wG1KfKqVZ