Another week, another look at the upcoming live-action remake of Beauty and the Beast.

Emma Watson took to social media yesterday so share the latest poster, and it look terribly familiar.  Take a look at the tweet, then one of the original animation posters below.

So happy to show all of you the new teaser poster for Beauty and the Beast! I hope you like it. Love Emma x @beourguest @thatdanstevens pic.twitter.com/tvlNKRTruX 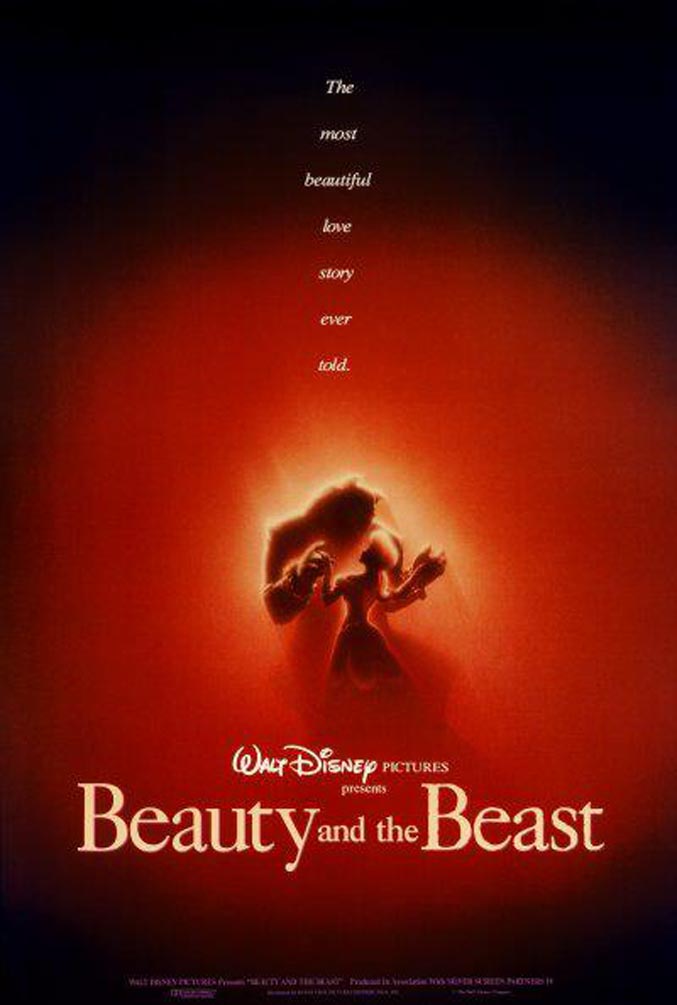 I want to be clear, they are both gorgeous posters.  I always loved this animated poster when I was a kid, still do.  The new Beauty and the Beast poster is spectacular, it’s just that I’ve seen this before.

So far, everything I’ve seen for this movie makes me believe they are keeping it as close to the original as possibly.  Sure, there are some deviations in design, it’s a very gothic and baroque aesthetic.  But that can be attributed more to the director and the advance of technology more than anything.  I’m sure there would have been more detail and more grandness in the original animation has the technology been there, it just wasn’t, at the time.

The dress is the same, the design for Beast is almost the same, the shots of the tavern where Gaston sings is pretty much the same.  Everything is the same.  Yes, they are making little tweaks to the story, such as Belle being the quirky inventor instead of her dad, so hooray for progress.  Yes, there will be new songs.  But most everything else is the same.  At least, that’s the impression I get.

I know I keep harping on it, I just prefer if a remake is done that it brings something new to the table instead of the same old, same old.  Cinderella was pretty much the same with different aesthetics, The Jungle Book was fairly similar but not completely the same.  It’s not necessarily a bad thing, I just always want new takes and new views.

I’m firmly willing to admit I could be way off base and maybe, just maybe, we will get something new.  I’m keeping an open mind because everything looks gorgeous and I adore Emma Watson.  I think I just have remake fatigue when nothing new is introduced.

Beauty and the Beast waltzes into theaters March 17, 2017.