Home » Stuff We Like » Back to Brakebills: Advice Every Magician Needs to Succeed

Back to Brakebills: Advice Every Magician Needs to Succeed

Summer is finally (mercifully) coming to an end. If you’re like me, you’re excited about the drastic drop in temperature (goodbye SoCal heatwave!) and the return of pumpkin spiced everything. Not to mention, the reemergence of comfy sweaters and boots. Being greeted by pops of leafy color whenever you leave your house.

However, there’s also a certain kind of institution that reopens its doors – school! You’re probably thinking about the school we all attended in the real, mundane world. I’m talking about Brakebills, from the SyFy series The Magicians, the magic school to end all magic schools (sorry Hogwarts).

Now, not all of us were involuntarily whisked away to the mysterious, ancient school in upstate New York. Not all of us aced the series of exams meant to test us for innate magical capabilities. But, for those of us who were accepted into Brakebills, this time of year means a return to the place we call home.

Let’s play a little game. You’re an innocent First Year about to start day one at Brakebills. What do you need? Who do you befriend? On the flip side of that coin, who should you avoid? How do you survive four to five years in an overwhelming place like Brakebills? Luckily for you I, a dignified and wizened Fourth Year, am here to show you the ropes. Note taking is highly encouraged.

In fact, it’s generally frowned upon if you don’t imbibe. Now, I’m not saying you should show up to Professor Sunderland’s class reeking of alcohol, but a little buzz has been known to help generate those electrical sparks you need to kick start your magic. Plus, it does help for some of the less intriguing courses, such as history. Hit up the Physical Kids for all your liquid courage needs. Which leads me to my next piece of advice… 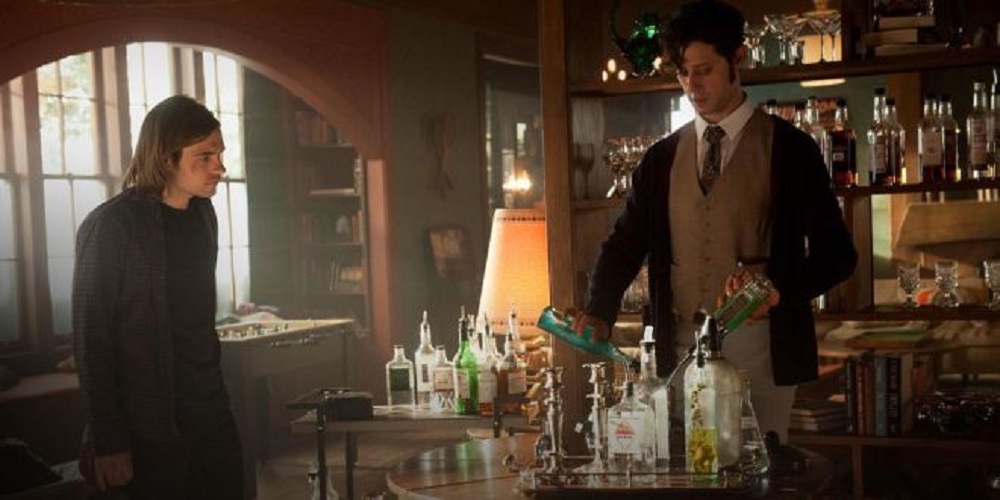 2. Hang with the Physical Kids. Always.

So, First Year you’re getting your feet wet and figuring out your personal magical style. I’m not talking about clothing brands (though if I had my way we would do away with these blasted uniforms altogether), but your inherent abilities as a magician. Which of the many aspects of magic do you have a natural affinity for? There’s Physical, Natural, Illusion, Knowledge, Healing and Psychic.

Now, I can’t tell you what group you’ll fall into upon being tested, but I can tell you to always gravitate toward Physical Kids for your R&R needs. Physical Kids throw the best parties. Have Eliot Waugh craft you a magical elixir that’ll make you ride literal rainbows. No joke. They always know how to have a good time. Brakebills has an internal hierarchy in place just like any regular school. If the Physical Kids existed in Mean Girls, they’d be Regina George and her lackeys.

3. Learn how to play Welters.

What’s “Welters,” you may ask? Well, it’s Brakebills’ only claim to athletic fame. Honestly, it doesn’t require that much physical moving, but it does require magical prowess. In short, you and your team steal squares from your opponents using various magical attacks. Trust me, it’s harder than it sounds. However, it’s loads of fun once you master it, and we even travel to other Brakebills-esque schools around the world for tournaments. Welters is also a foolproof excuse to get out of homework. 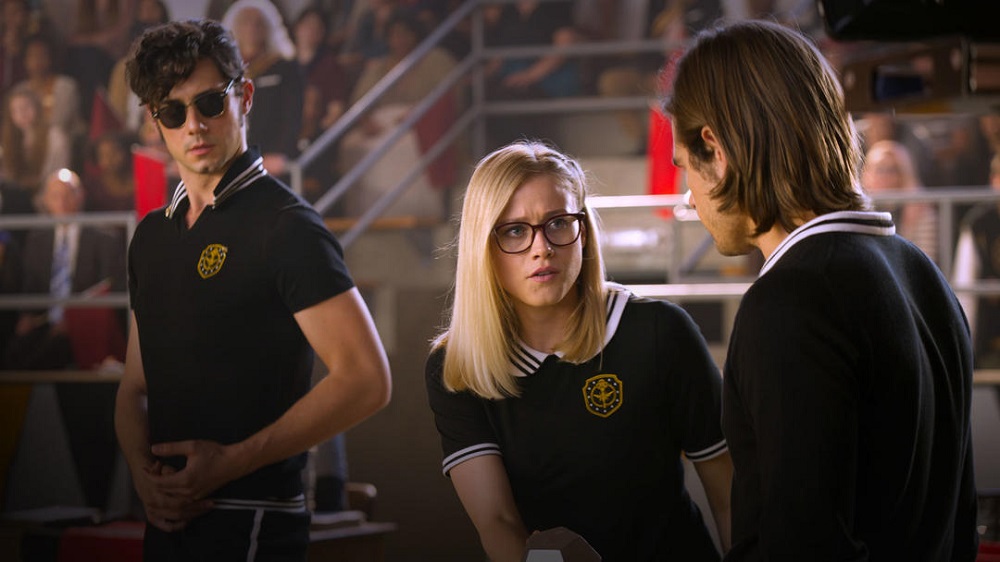 Contrary to popular belief, Welters is not the act of “giving welts.”

4. Avoid the flying books at all costs.

Yes, you read that correctly. Flying books are saturated with magic, sometimes centuries old magic at that. They’re a mite off kilter because of said ancient magic. You know, books gone off their rockers. Basically, avoid them. And don’t try to bind them, because you’re not there with your magic yet. Save that for your Third Year at least.

RELATED: THE MAGICIANS Season Finale Recap: (S02E13) We Have Brought You Little Cakes

5. Mayakovsky is not that bad.

You might have heard rumors floating around the seedy underbelly of Brakebills (or just the Physical Kids’ house) about a man named Mayakovsky, who resides in Brakebills North. Once you reach your later years, you’ll have the opportunity to study with him. He was exiled from our Brakebills, but a myriad of questions swirl around the school as to why. No, he didn’t kill anyone. Yes, he’s a Russian drunk, but a very talented magician. He’s also incredibly rude, crude and tough on his students. But, the man knows his stuff. He will make you a better magician than you thought possible. Mayakovsky will weave magic into your very DNA. Seriously, there’s a spell for that. 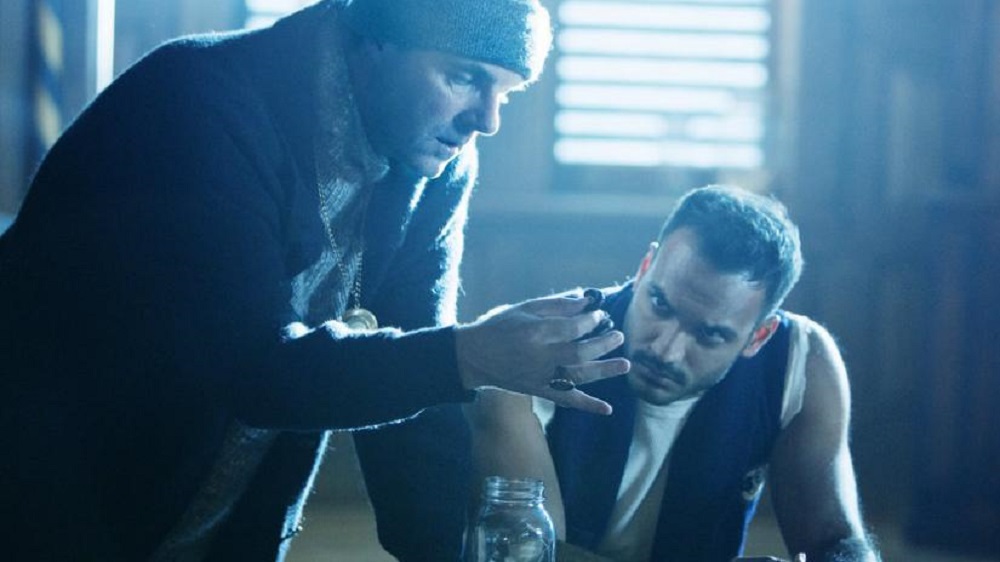 Mayakovsky Lesson 101: Leave your baggage outside in the snowy tundra.

They’ll just try to rub their immense knowledge of magic in your face. Who likes a know-it-all? Also, while I’m on the subject, steer clear of the Natural Kids, Psychic Kids, Illusion (boring) Kids and Healing Kids. Always hang out with the Physical Kids. Weren’t you paying attention to my second piece of advice?

Dean Fogg may talk the talk and walk the walk, but he’s harmless. Just obey all curfews (he’s a stickler for those), maintain perfect attendance and make an effort in your classes. You’ll be deemed the Dean’s Pet in no time. I heard he gave a group of kids tattoos one time. Group tattoos? How cool is that? 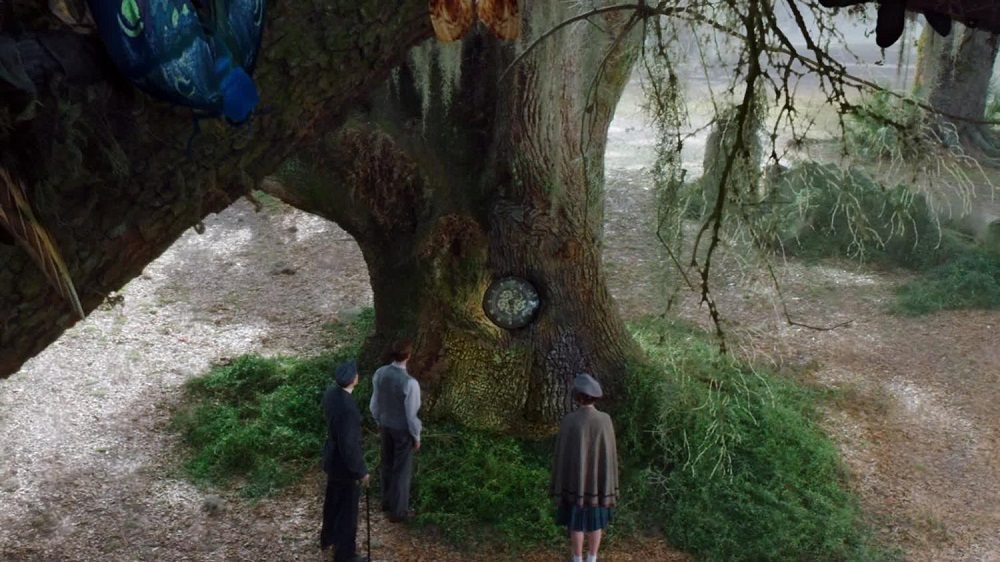 Just kidding, always travel to alternate worlds should the opportunity arise. School can wait. Brakebills will still be here.

Now, time to take Ember by the horns and embrace your First Year at Brakebills! As long as you pay heed to my advice, you’ll be fine. Well, and pass your classes. Don’t forget to stock up on those extracurricular activities. Avoid Djinns. Did you think Brakebills was just going to be one long party? That’s about 65% of your time, in reality.

Need to refresh on Season Two of The Magicians? Read up on all the Fillorian goodness here.

The Magicians will return in 2018 for Season Three on SyFy.