We already knew that Avengers: Infinity War would feature every Marvel character ever created (except for all the ones that belong to other studios (except for Spider-Man, because Marvel shares him with Sony)), but as shooting has progressed, we’ve seen more and more of those characters showing up and it’s just damn exciting to think about what the Russo Brothers are cooking up. We’ve seen Scarlet Witch and Vision in Scotland, see the Guardians landing in Asgard (at least we think Durham Cathedral is Asgard), Captain America landing in Wakanda to meet with King T’Challa and now, finally, as we come to the end of production, we’re seeing Bruce Banner and Tony Stark meet with Doctor Strange and Wong in their Sanctum Sanctorum. 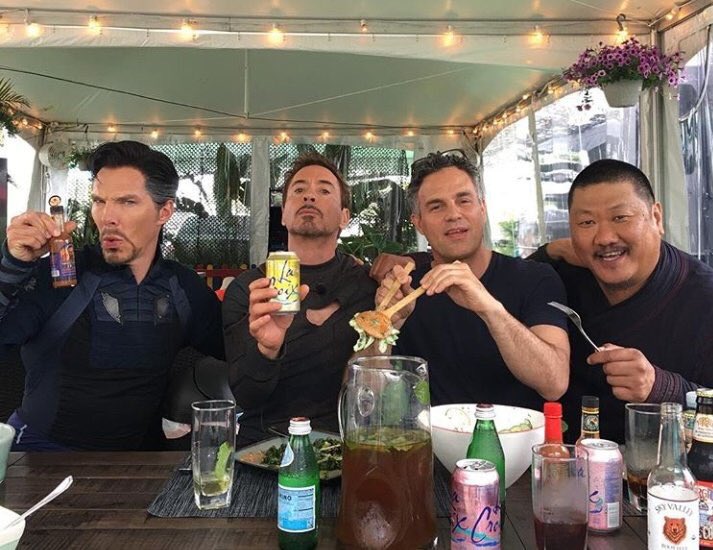 The Facial Hair Bros had their picture on twitter yesterday, presumably hamming it up during their lunch break, but today, thanks to Derrickson’s twitter once more, we see Scott Derrickson on set conferring with Anthony Russo (we think it’s Anthony) in the Sanctum Sanctorum and, can we just remark, that this looks even more like Strange’s Sanctorum than it did in the Doctor Strange movie from last November.

There’s not a lot to tell from this picture except that the Sanctum exists and Doctor Strange likes to read in it a lot, but it’s still exciting to see. 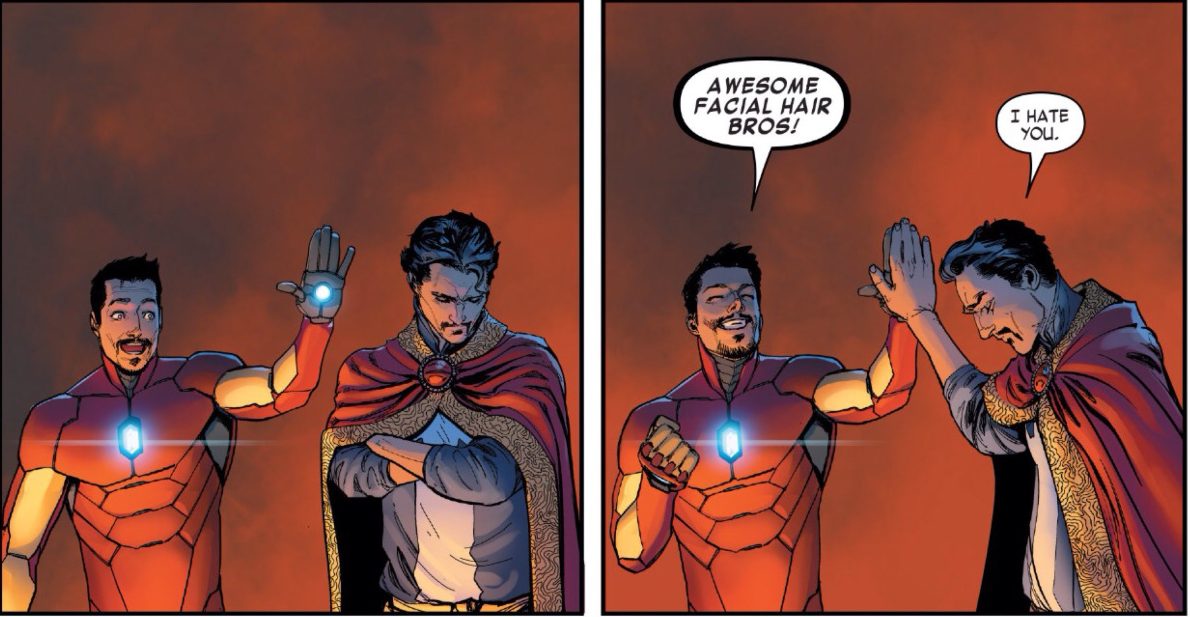