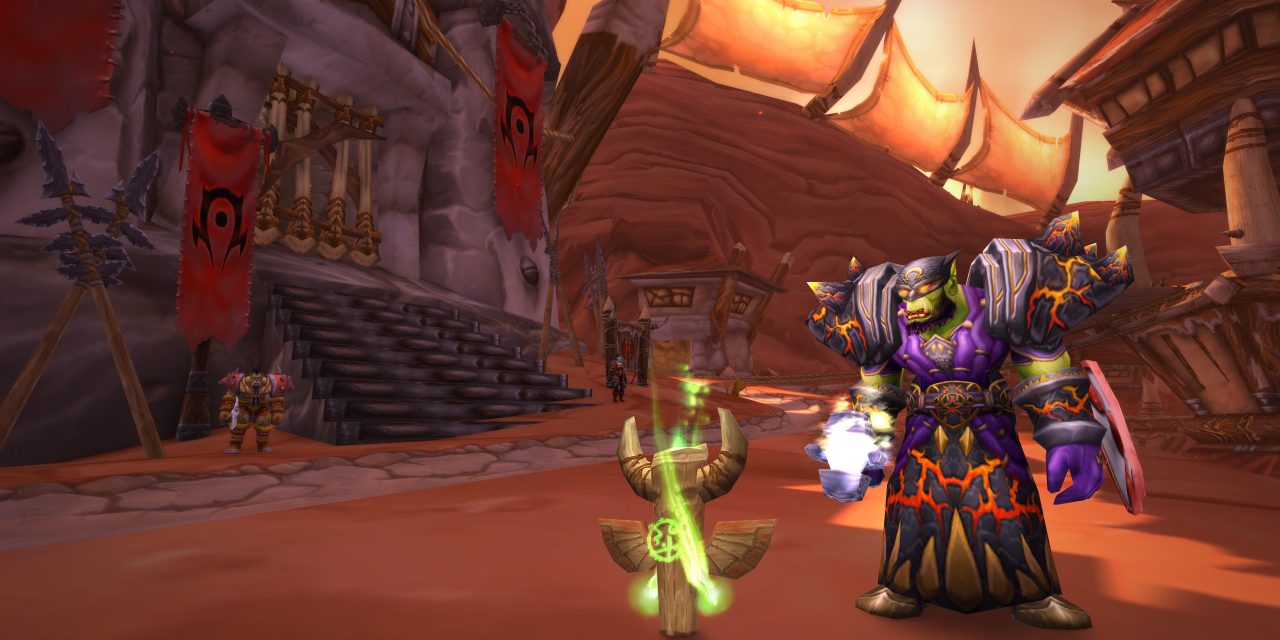 Summer may be coming to an end, but that doesn’t mean there aren’t video games to play! August is jam-packed with a variety of fun titles from RPG Remasters to Horror-filled fun. Here are some of our most-anticipated games that are coming out this month!

When it was first released on PC by Obsidian Entertainment, Pillars of Eternity was dubbed the spiritual successor to highly-praised RPGs like Baldur’s Gate. Taking place in the world of Eora, the player arrives in a nation called the Dyrwood and stumbles upon a ritual by cultists. A machine strips the souls from the cultists and the resulting energies turn the player into a Watcher: a person able to read and interact with souls. The gameplay is party-based and very similar to Baldur’s Gate. Combat is real-time with a pause feature to offer tactical options. Interestingly, Pillars of Eternity only rewards experience points for completing quests and discovering new areas. Killing an enemy might be required for a quest, but otherwise, non-violent approaches (such as sneaking past with Stealth) are just as rewarding. Moreover, compared to PC or console, the dialogue window on the Switch takes up a much larger portion of the screen. Being able to play epic role-playing games on-the-go is a very recent phenomenon, and the portability of the Switch makes Pillars of Eternity a fantastic choice for your next adventure.

Pillars of Eternity: Complete Edition is now available on the Nintendo Switch.

Square Enix and Tokyo RPG Factory really know how to win over our hearts when it comes to beautiful worlds and storylines. Oninaki follows the story of the watcher Kagachi and his Daemon partner Aisha as they help restless souls to the other side. The story itself dives into the ideas behind reincarnation and the grief that binds souls to this world. And you will help set these souls free by facing off against evil spirits. The battle mode has players gearing up Kagachi by equipping him with special attacks and buffs depending on which Daemon is currently fighting with you. Each Daemon has a special type of weapon like swords, axes, pistols, spears, or even scythes. Likewise, there is a Live Demo that is currently available to give us a look at what we can expect from Oninaki.

Oninaki will be released on August 22, 2019 for the Nintendo Switch, PlayStation 4, and PC.

Honestly, I don’t think I have been as excited for something old and most likely outdated in my life than I am for World of Warcraft Classic. As a longtime fan of the game, I hate to admit that I never saw what the original Azeroth looked like. My first taste was just before the release of Wrath of the Lich King. Now with Classic servers, we are going to get to experience the level grind, the world before Deathwing tore it apart, the original classes before multiple updates morphed them into what we know today. Moreover, do you know what makes me even happier? You don’t have to buy another game in order to play! Anyone with a current World of Warcraft game time subscription will be able to access the Classic server.

World of Warcraft Classic servers will launch on August 27, 2019 for PC.

Related: WORLD OF WARCRAFT CLASSIC Is Coming in August

The creators of the critically-acclaimed Max Payne franchise, Finland-based game developer Remedy Entertainment made a name for themselves in cinematic single-player action games like Alan Wake and Quantum Break. Their latest third-person action-adventure title, Control, seeks to improve upon this specialization by shifting from large and complex story to a rich game world and a “narrowly focused” narrative. In Control, you play as Jesse Faden who has come to New York City in search of her brother, Dylan.  Jesse discovers that the Federal Bureau of Control (FBC) seeks to contain, study, and ultimately control supernatural phenomena. When an otherworldly hostile force known only as “the Hiss” invades the Oldest House, Jesse is tasked by the surviving FBC to defeat the Hiss and restore order. To accomplish this, Jesse possesses a variety of supernatural abilities: telekinesis, levitation, mind control, etc. In addition, Jesse is provided with an FBC “service weapon”: a supernatural firearm that can adapt a variety of different combat applications. The Oldest House is a shifting supernatural realm that defies the laws of space-time. Thus, exploration and pace are literally nonlinear. Compared to previous games, Remedy’s Control feels more unexpected and nightmarish, and the atmosphere alone makes it worth checking out. 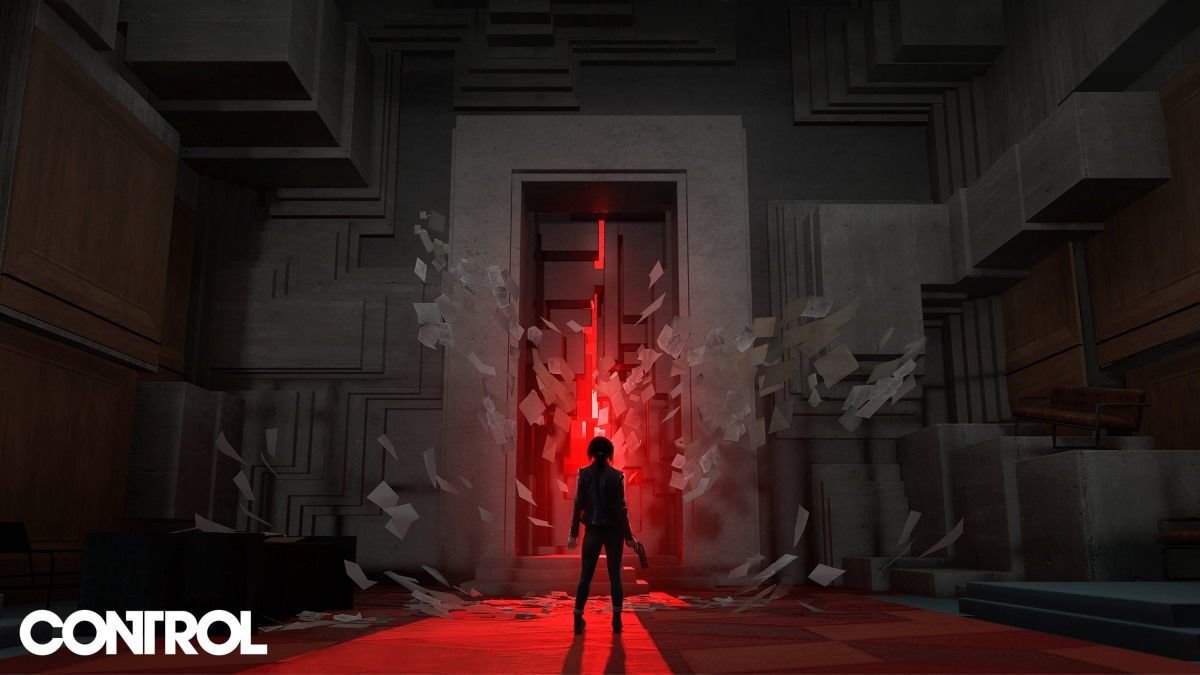 Game designer Patrice Désilets is best known as being the creative director for the first three Assassin’s Creed games. Since Désilets launched Montreal-based Panache Digital Games in December 2014, Panache has been working on their first project: the third-person survival game: Ancestors: The Humankind Odyssey. In this title, players will control an ape of prehistoric Africa and try to facilitate its evolution by ensuring the survival of this hominid lineage. The 40-50 hour game will cover the 4.8 million years between the first hominins (bipedal apes) and “Lucy” (the closest known ancestor of the Homo genus and modern humans). Players are encouraged to craft their own survival strategies and freely explore the world. As the ape clan grows, the player will be able to switch between different members. Likewise, while they sleep, the apes can “Level Up”. The ape’s nervous system functions as a skill tree. As new skills are unlocked, the player will be able to identify or craft new food or tools, medicinal plants to heal themselves, etc. The game starts in a prehistoric jungle (though other areas will open up as the player literally progresses) teeming with predators and poisonous plants, so staying alive and preventing extinction is no easy feat. Will you manage to leap your way from tree to tree to higher-evolved life…or will you get eaten by a saber-toothed cat?

Ancestors: The Humankind Odyssey will be released on August 27, 2019 exclusively for PC in the Epic Games Store. 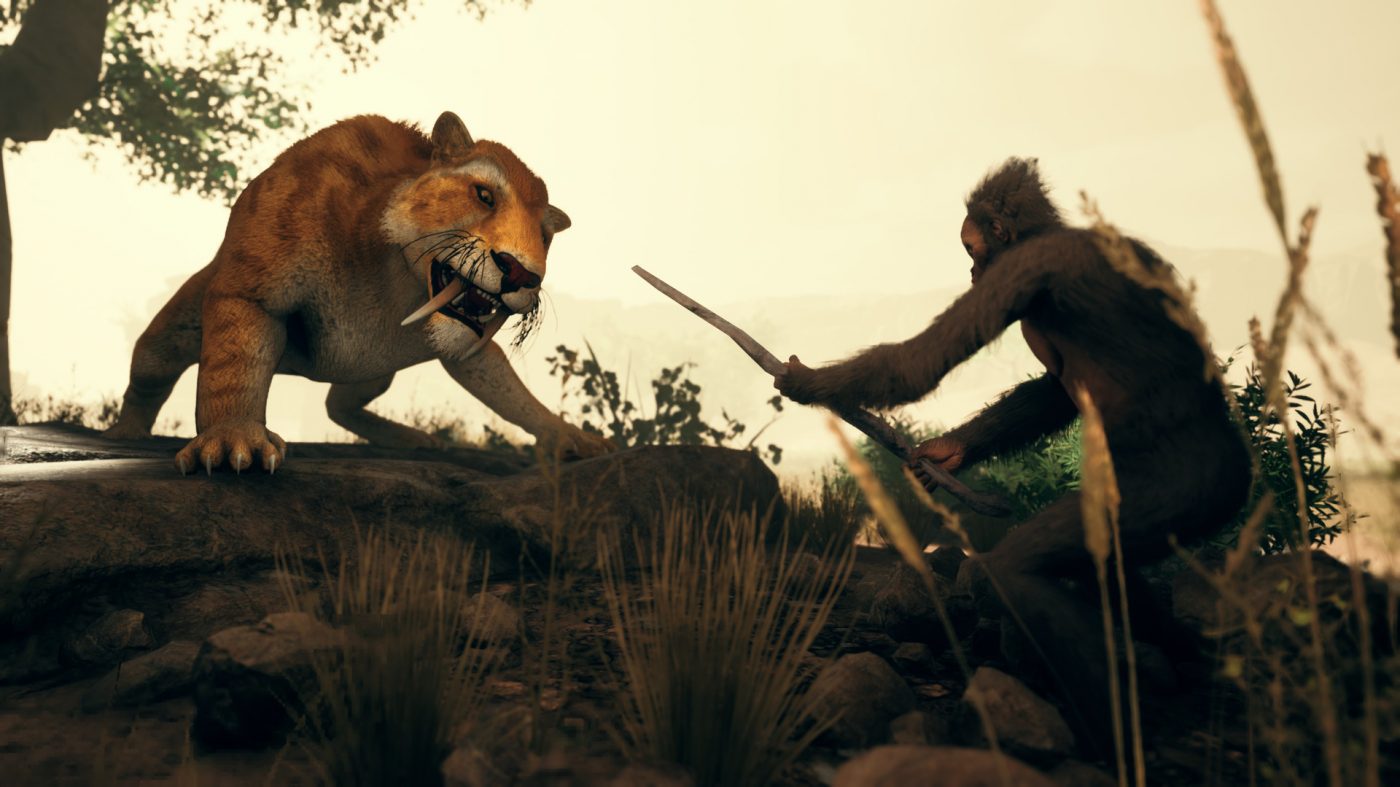 A new Pokémon mobile game is on the way, and it’s a lot different than the Pokémon Go you’re used to. Instead of catching Pokémon, you’ll be catching…trainers! In Pokémon Masters, it’s up to you to assemble your team of Pokémon Masters, spanning across the Pokémon game library. These trainers range all the way from Pokémon Red & Blue, to as recent as Pokémon Sun & Moon! Pokémon trainers from across the world have gathered on the island of Pasio for the Pokémon Masters League. As you explore the island, you’ll meet a number of trainers, befriend them, and fight alongside them! The gameplay for Pokémon Masters consists of 3v3 battles in real-time. Likewise, along with your Pokémon’s regular moves, there are also Sync Moves, and even Trainers have moves in this game! As a trainer, your moves will either allow you to heal your Pokémon or raise their stats. Personally, I cannot wait to find all of my favorite trainers from Pokémon Sapphire, Pokémon X, Pokémon Pearl, and more! Do YOU have what it takes to be a true Pokémon master?

Pokémon Masters will be available on August 29, 2019 for the Android and iOS.

The child in me is screaming right now! The Blair Witch game from Bloober Team is exactly the adaption I needed. Players will take over the role of Ellis, a former police officer who is in search of a missing boy in the ominous Black Hills Forest outside of Burkittsville, Maryland. Are you getting chills yet? The official gameplay trailer shows us in a first-person view, perfect for all the jump scares we are bounding to experience. We are able to move about the woods and send our amazing dog Bullet to complete tasks such as digging and seeking something out. I say it now that if anything happens to this poor dog I will be devastated! They have even found a way to include the iconic camera footage. It appears players will be able to collect tapes to watch and possibly film some stuff ourselves. Regardless I am ready to be scared pants-less for a second time in my life thanks to the Blair Witch. 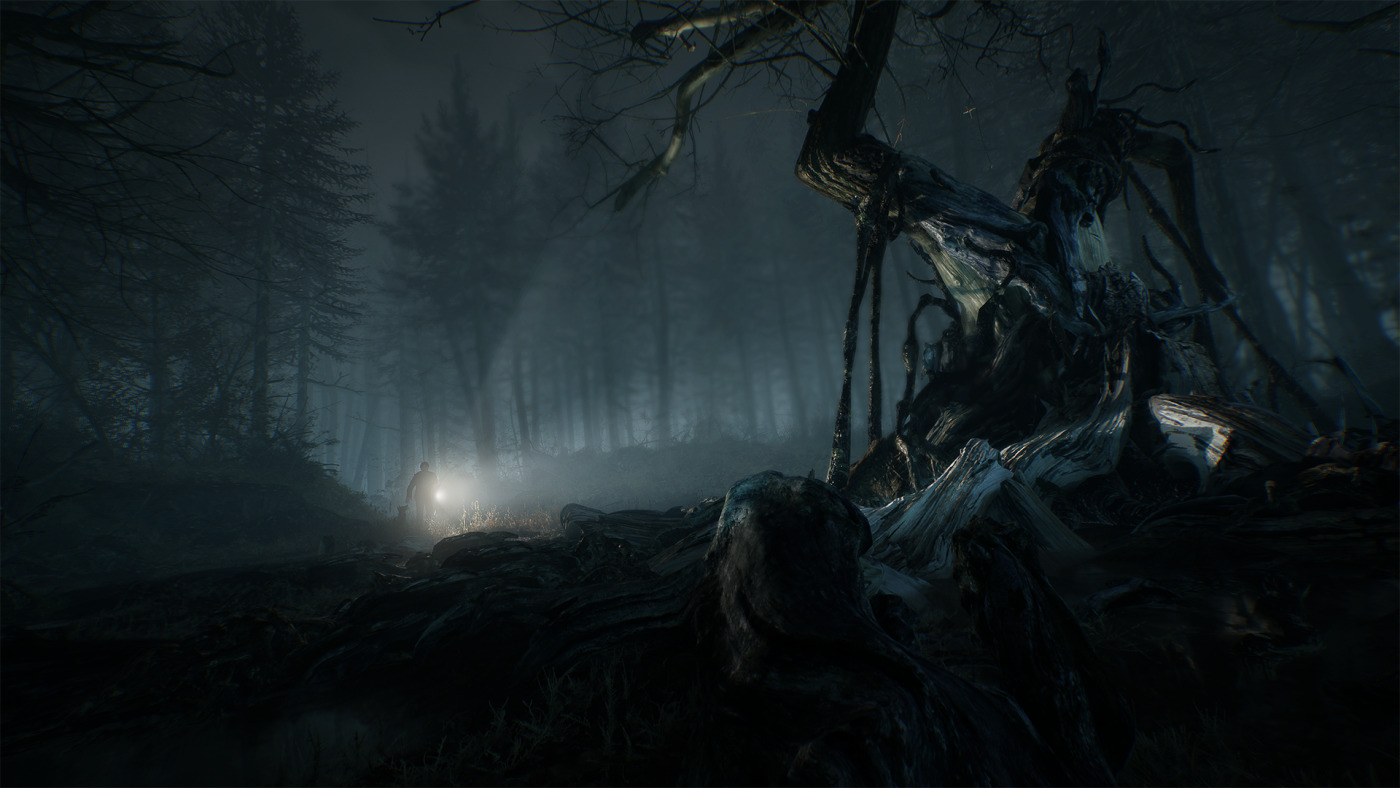 The Dark Pictures: Man of Medan

After the success of Until Dawn, Supermassive Games and Bandai Namco began talks of a Horror Anthology series: The Dark Pictures. As of right now, this Anthology series is set to release a new Horror game every six months. The first installment in this series is The Dark Pictures: Man of Medan. In traditional Horror fashion, a group of Americans traveling in the South Pacific finds themselves trapped on a sunken cursed ghost ship after a terrible storm. Similar to Until Dawn, you will take turns controlling each of the characters, making choices that will ultimately affect who lives and who dies. Likewise, in lieu of the totems, characters can find a number of dark pictures (get it) that will provide them with premonitions of the future. The game also features two Multiplayer game modes: Movie Night and Shared Story. I honestly am really excited by the idea of a Horror Anthology Video Game series, and cannot wait to get my hands on Man of Medan this month!

The Dark Pictures: Man of Medan will be available on August 30, 2019 for the PC, Xbox One, and PlayStation 4.

While August can sometimes be construed as a weaker game month, this year that notion was proven wrong. There are a ton of fun and exciting releases to pick up and play! And if you think this month is jam-packed, just wait until September!  What games are YOU looking forward to playing this month? Did they make our list? Let us know in the comments below!