The CW released the title of the 2017 Arrowverse Crossover event, “Crisis on Earth X.”   In this storyline,  the heroes from Arrow, The Flash, DC’s Legends of Tomorrow, and Supergirl will face their evil doppelgangers from Earth X.

The Earth X villains will crash the anticipated nuptials of Barry Allen (Grant Gustin) and Iris West (Candace Patton)!  What!?  You mean Iris will finally get to plan her wedding?!  Yay!

“With all of the heroes in town to celebrate Barry and Iris’s wedding, villains from Earth-X crash the festivities with a deadly agenda.” 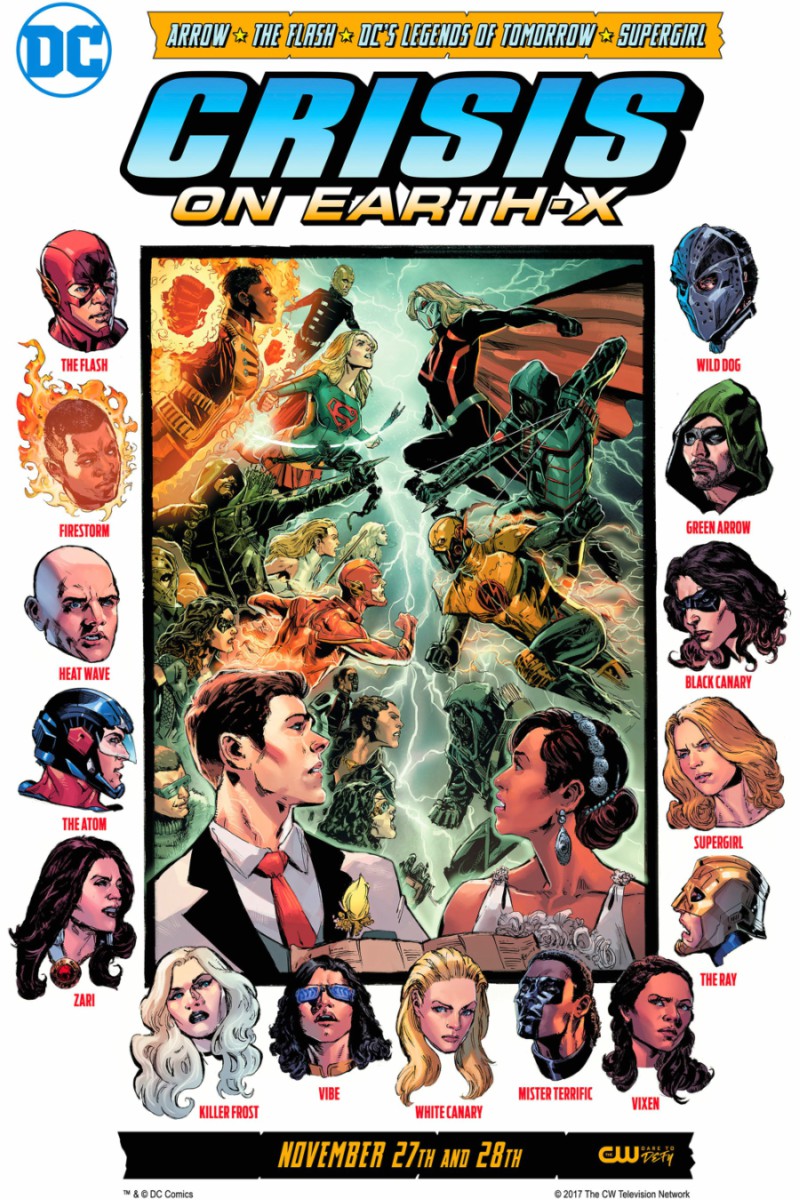 “We conceived this year’s crossover to be evocative of the annual Justice League/Justice Society crossovers we grew up with and looked forward to as kids,” said executive producers Marc Guggenheim and Andrew Kreisberg.

“Phil was the perfect choice to bring the comic book cover iteration of this idea to life. You can count on one hand the number of artists who could compellingly represent so many characters in a single image. Phil is one of them. And his design invokes the cover of Justice League #207, which was the 20th annual JLA/JSA crossover. Our 10-year-old selves are in heaven.”

I can’t even imagine Ray Palmer (Brandon Routh) as evil. We’ve seen dark versions of Supergirl/Kara Danvers (Melissa Benoist), Sara Lance/White Canary (Caity Lotz) and others.  Oliver Queen/Arrow (Stephen Amnell) is dark in some ways. And he has done some bad things, but he’s not evil.

The Arrowverse 2-Night Crossover event will begin on Monday November 27 with Supergirl and Arrow . The story will conclude Tuesday November 28 with The Flash and DC’s Legends of Tomorrow.