Anthony Hopkins seems to be on a good guy run as of late.  Though we don’t know what his arc will be in Westworld…  for now, he seems to be on the right side of things.  And his turn as a psychic physician in Solace looks to be on the opposite side of serial killer.  Good work, Sir Anthony.  I like rooting for you. 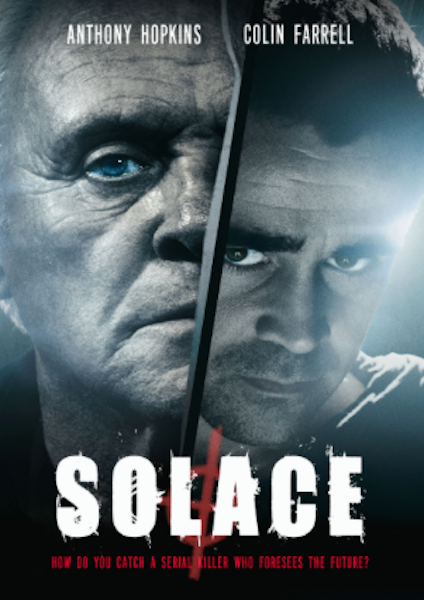 I love a supernatural thriller, and I love a murder mystery.  This one looks like it’s both.

This movie does look familiar.  According to Wikipedia (and who knows how much you can trust from Wikipedia, ever.)  ‘The film’s script was originally planned and developed as a sequel to the 1995 thriller film Se7en, but the idea was eventually scrapped, and Solace was completed instead. ‘  That makes sense, because it looks like Se7en from the get go.  But, for my money, that’s not necessarily a deal breaker.  It could be a good thing.  There are no new stories anyway, right?

I was surprised to see Ferrell featured so heavily in the trailer.  But, if you’re going to reveal his identity, the twist must lie somewhere else.  Regardless, like these actors, and I like the genre, so my interest is peaked.  I want to see a story about a murderer being one step ahead of the man that’s always a step ahead.  If time travel is involved, I definitely want to see it.  Yes I do.

Watch and see for yourself.