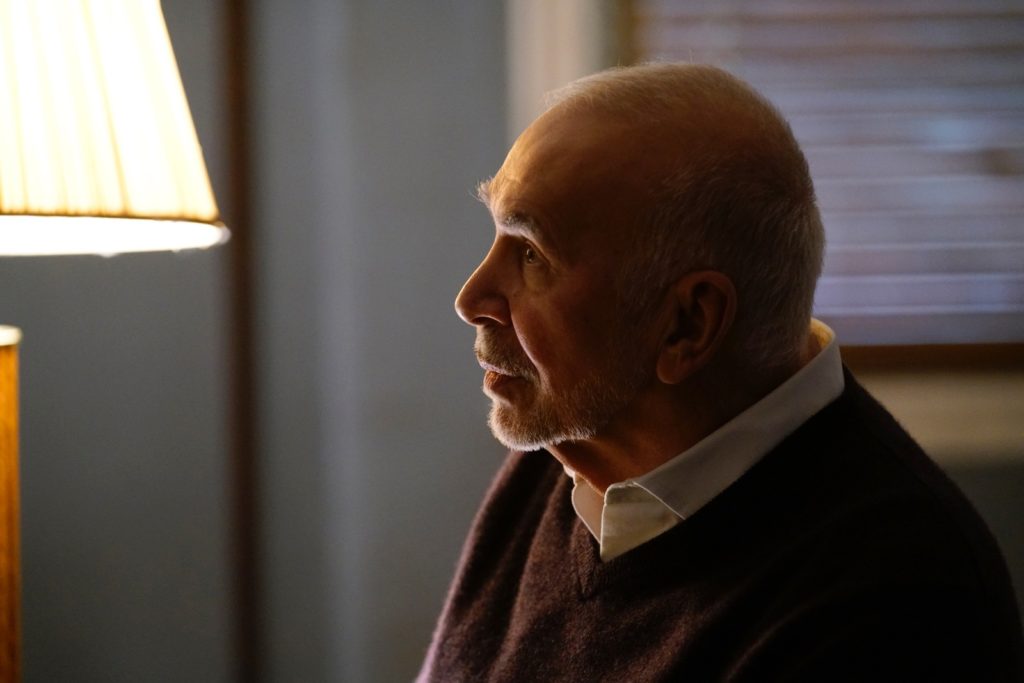 There’s a lot to unpack in The Americans‘ latest episode, Crossbreed, as usual, but the last five-ish minutes might be the most important.

Leading up to those important minutes, we learn that Henry (yes! that Henry!) finds his new math class “easy,” Gabriel is so undone by having concealed Mischa from Philip that he’s decided to go home and Stan and Agent Aderholt have finally got a prospect as a result of their cold-calling approach to informant recruitment. Philip and Elizabeth find out that they don’t get to stop sleeping with Kansans for now, and that the new focus of that mission is to acquire the “super wheat” for Russia. Oleg is still getting stood up by the CIA in the park, and his job is still terrible. Philip and Elizabeth have their helpers surveilling Evgheniya Morozov as she comes and goes from her new job teaching Department of Agriculture employees to speak Russian, hoping to capture photos of her students. Mischa has returned safely to Russia, and it looks like he’s going to get his old job back! (I don’t know what that is, but yay for him?) 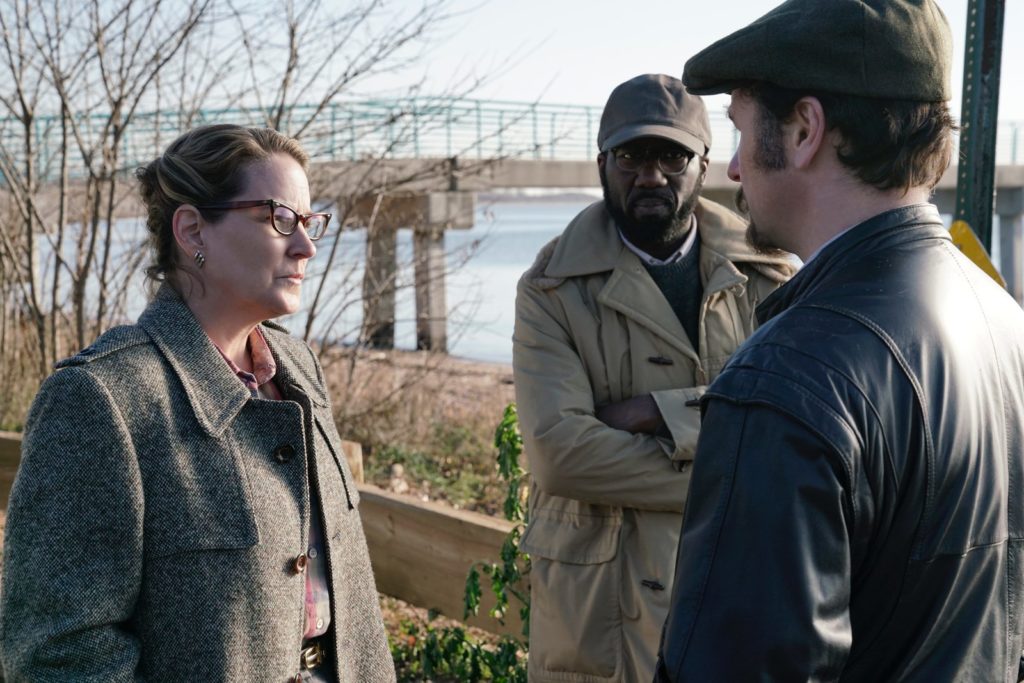 Significantly, Elizabeth is in bed with crunchy Benjamin in Kansas when he examines her tongue and tells her the color indicates emotional upheaval. He helps her address it by teaching her Tai chi, and her expression suggests she’s into it. Later, she’s given a “short” mission to go to a psychiatrist’s office and retrieve some files. While posing as a new patient, she tells the doctor a version of her mugging experience, and he tells her that she’s experienced a trauma. Despite the EXTREME eye roll she pulls as she leaves his office, you can tell she has trauma on her mind when she’s listening to Philip talk about his childhood when she gets home. Maybe it’s also on her mind while she’s parked across the street from Young Hee’s house, hoping for a glimpse of the friend she betrayed because a random Mary Kay lady showed up chez Jennings offering a makeover. (No luck– the Seongs have moved away.) 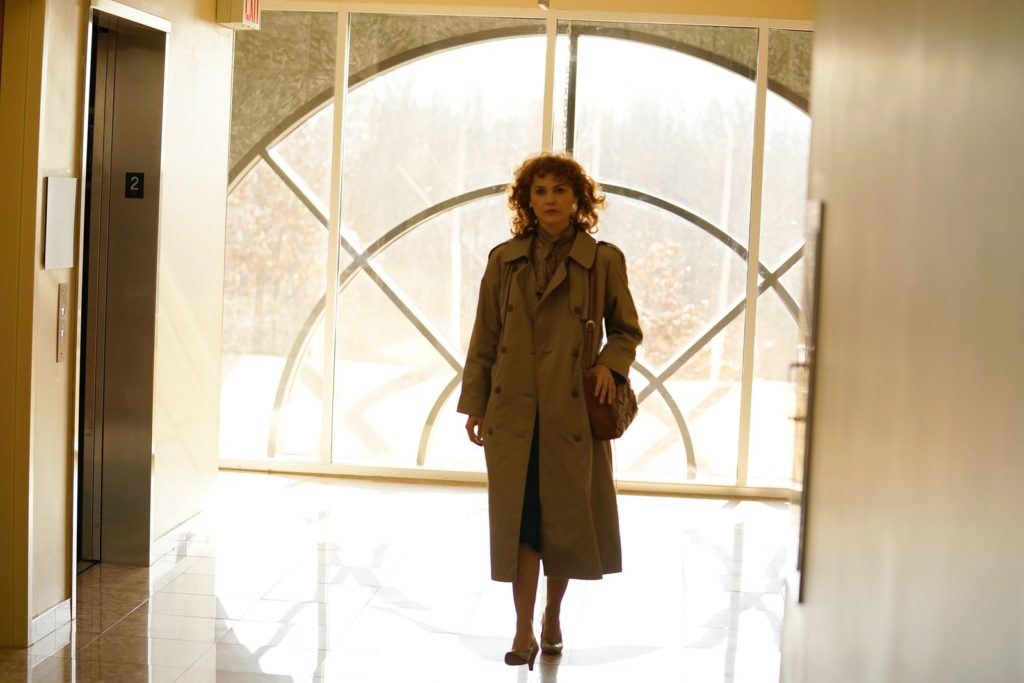 While Elizabeth is (maybe) finding her answer to EST in psychiatry and Tai chi, Philip’s having more emerging childhood memories that trouble him– including one of his father wordlessly bringing home dirty boots for his mother to clean. We see blood billowing out from them in the bucket of cleaning water, but no explanation is offered. Elizabeth urges Philip to talk to soon-to-depart Gabriel to learn more about his childhood, since Gabriel knows more about their pasts than they do. When he does, he learns that his father wasn’t a logger, as his mother had told him, but that he was a guard in a penal logging camp. When he tells Elizabeth what he’s learned, stony faced with what looks like shock, you can tell she’s thinking “trauma.”

And then it gets GOOD.

First, Elizabeth knocks on Paige’s door to check in and finds her reading the copy of Marx’s Capital and Other Writings that Pastor Tim gave her. Elizabeth is visibly delighted, and they have what might be their warmest mother-daughter moment yet while Paige shares that Marx’s assertion that “religion is… the opium of the people” troubles her. She agrees with a lot of what Marx says, but since her baptism was one of the best moments of her life, she’s struggling with this one. Elizabeth shares that her whole country is based on the ideas in this book, and when Paige asks what it’s like there, she says that it isn’t perfect, but everyone is in it together. Paige reminds her that she hasn’t been home in a long time, and Elizabeth says affectionately that Paige sounds just like her father. Then she hands the book back and suggests that Paige minimize its apparent importance on her bookshelf by adding more volumes on similar topics, offers to get some for her, kisses her gently on the head and leaves her to her reading.

The next scene is Elizabeth and Philip’s powwow about Philip’s conversation with Gabriel, which you’ll probably see on Matthew Rhys’ Emmy reel next year, and then we cut to Russia.

Oleg is walking into a prison to look at the corrupt grocer he and his partner have locked up for refusing to name names. As the scene opens in the normal gray tones the show uses for Russia, Peter Gabriel’s “Lay Your Hands on Me” begins to play. Take a moment to listen now if you want to (re)capture the mood…

As Oleg regards the prisoner, we hear:

“Sat in the corner of the Garden Grill, with plastic flowers
on the window sill
No more miracles, loaves and fishes, been so busy with the
washing of the dishes
Reaction level’s much too high…”

Then he’s back in his bedroom looking like he’s making a decision: “I can do without the stimuli…”

He makes the decision and removes the CIA meeting maps and audio tape of his treason from their hiding place under his globe: “I’m living way beyond my ways and means, living in the zone of the in-betweens…”

He leaves his room and looks meaningfully at his mother, in a nonverbal exchange that suggests to me that he is resolute in whatever he has decided. He is taking the advice she gave to do what he needs to survive, and she recognizes that and accepts it: “I can see the flashes on the frozen ocean, static charge of the cold emotion, watched on by the distant eyes – watched on…”

He looks at his father with subtle disgust as his father stays focused on his tea and newspaper, only returning Oleg’s gaze after Oleg has closed the door behind him: “by the silent hidden spies, but still the warmth flows through me…”

And he arrives on the rooftop to look out over Moscow’s nighttime skyline: “No luck, no golden chances.”

He pulls the papers and tape from his pockets and burns them on the snowy rooftop:

“But still the warmth flows through me
And I sense you know me well
No luck, no golden chances
No mitigating circumstances now
It’s only common sense
There are no accidents around here

And then we cut to the Jennings parents pulling up in the safe-house neighborhood with Paige in the back seat as the song continues. They walk as a trio to the house, Paige looking nervous. When they enter, Elizabeth urges Paige forward silently as Gabriel emerges from the kitchen to greet her. He smiles warmly, and Paige steadies herself with a deep breath. All the while, the song plays its closing refrain of “lay your hands on me” over and over.

And then it cuts to black, and you realize you’ve been holding your breath for 10 minutes, per usual.

But what does it mean? That tangle of religion and Oleg taking some kind of stand and Paige being offered to Gabriel with the words of Marx in her head? The song is too loud not to be important, and it links these two moments so intensely. My guess is that Oleg has chosen a side, and I kind of wonder if the side he’s chosen firmly is “Oleg”– no longer a Russian or a CIA target, but his own man ready to make his own decisions on his own terms?

It’s SO good. Director Roxann Dawson, what else have you done? You rock.