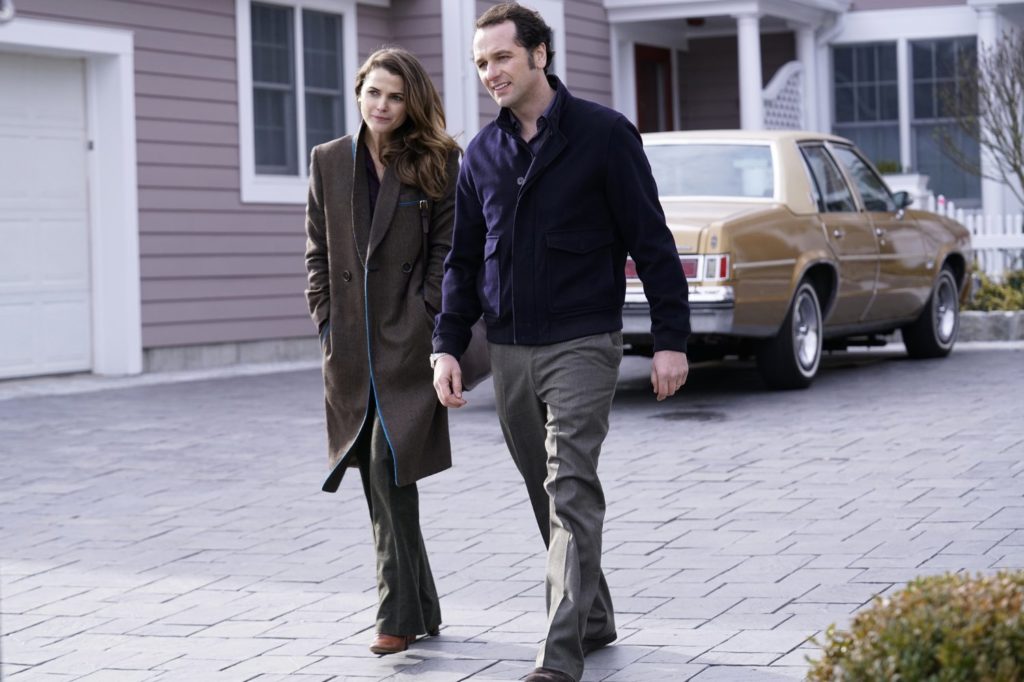 This week’s episode of The Americans was directed by Stan Beeman himself, Noah Emmerich. As usual, it was an emotional gut-punch.

If I had the resources to do so, these recaps might evolve (devolve?) into a series of GIFs of the characters expressing 1000 emotions with their faces, sans dialogue, because that’s what tends to affect me the most. This week’s winner on that front is Philip’s face while he’s trying to recover his cool in bed with Deirdre (Clea Lewis). Emmy time.

But I’m getting ahead of myself. I know what you’re really wondering is, “Where’s Henry?” He was actually in the episode! And I was right: mom and dad got called in to talk to the math teacher because Henry (Keidrich Sellati) is a little genius. He’s being moved up to Algebra II mid-year. Nobody has ever seen him studying (or doing anything else most of the time), but he “likes” math, and he’s good at it!

Philip and Elizabeth’s stunned reaction to every part of the news and delivering it to Henry were on-point– almost to the point of marveling that someone who barely exists could have a talent of any description. Henry didn’t immediately get recruited by Russia, but I think it may be telling that while he’s being kind of a jerk in the face of his parents’ borderline-offensive degree of surprise at his skill, he goes to that computer the Russians gave the family a while back so he can play video games.

Guys, what’s the deal with that computer? It’s shady as Renee, right? Maybe the computer has already recruited Henry for the Russians and is grooming him to be a sleeper agent with math skills? Is there already a theory about this blossoming somewhere online?

Also happening at home: Paige (Holly Taylor) is getting DARK. She tells Philip that she thought Matthew (Danny Flaherty) would make her happy, and the fact that he kind of isn’t is making her wonder how screwed up she already is. She always looks so tiny and fragile when she’s saying things like this, and she leaves Philip alone with his parental guilt and retreats to her room. Later, Matthew is getting nowhere with trying to get her to come out with him and wonders if she’s tired of him and wanting to end things. She discretely begins rubbing her thumb and forefinger together, then tells him she’s just never had a boyfriend before and doesn’t know how. Poor little thing! We have no idea what she’s really thinking in that moment.

Rounding out the trifecta of kids bringing drama to the Jenningses is Mischa (Alex Ozerov), who has made it to the DC area and calls the “operator” with his mother’s old code for an emergency meeting with Philip. 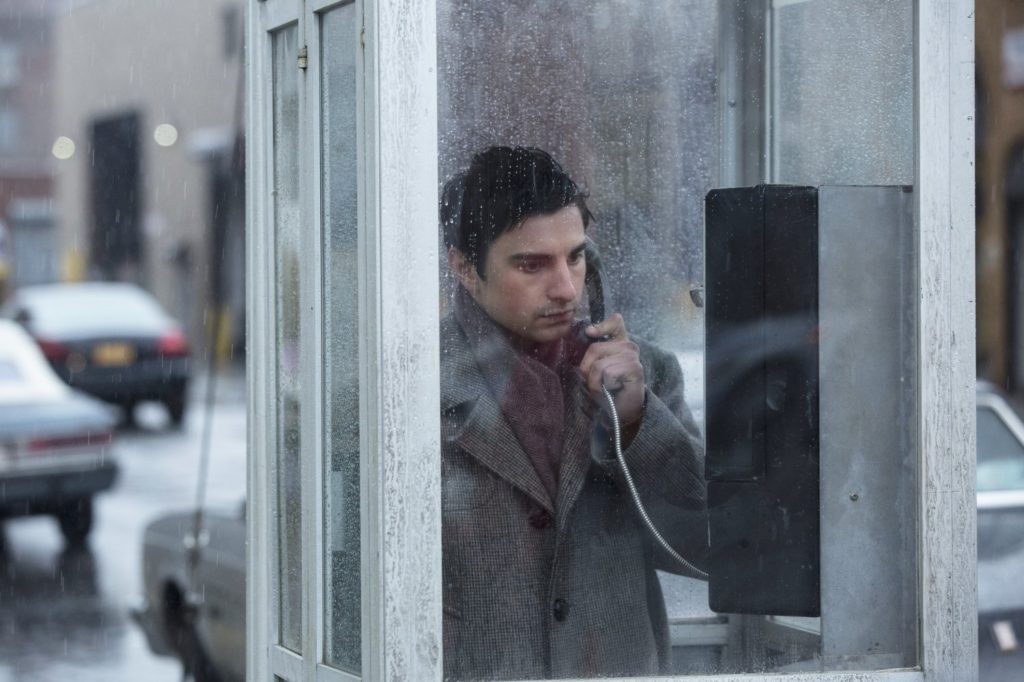 The reasonably alarmed operator calls Gabriel (Frank Langella), who has a late-night meeting with Claudia (Margo Martindale) to decide what to do. Claudia is convinced that Mischa is mentally unstable because he spoke out against the war Russia is fighting in Afghanistan. Gabriel is inclined to let Philip decide whether or not to meet Mischa until Claudia reminds him that the boy was forcibly institutionalized because of his anti-war sentiments– a point that could have serious effects on Philip’s attitude towards his homeland and the things it demands of him. 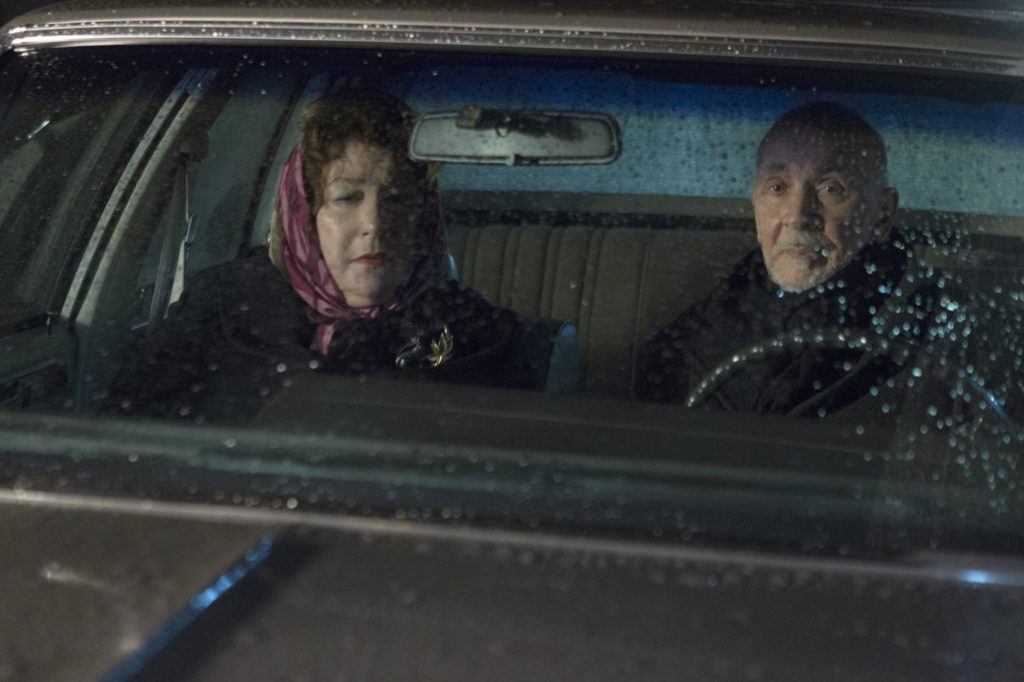 Mischa is instructed to wait in a park for an appointment, but it isn’t Philip who joins him. It’s Gabriel, and he tells Mischa that his presence will create danger for his father and that he must go home. Can he? Will he? We don’t know!

In the midst of all this, Philip (Matthew Rhys) and Elizabeth (Keri Russell) are juggling their dual assignments by essentially running a relay race around the country. They appear mostly one-at-a-time in the Morozovs’ world with Tuan (Ivan Mok) and take turns flying to Kansas to work on Deirdre and Benjamin (Brett Tucker), meeting at home periodically to touch base and manage their main life before separating again.

In Kansas, they’ve both escalated to sleeping with their targets. Philip takes a mental vacation from intercourse with Deirdre to revisit another childhood hardship scene. It turns out that the man who I mistook for a customer in his earlier reverie was his father, who would bring food and clothing home to their depressing hovel. In today’s memory, his father brings what looks like three clods of dirt home, which Philip’s mother warms by the fire and serves without accoutrements– it’s bread (I think). The Emmy-worthy moment I referenced earlier comes as Deirdre reaches climax and rolls off of Philip. He visibly struggles to wipe the evidence of his memory of food scarcity from his face and resume the mask he needs to show this woman, pulling it together just in time for her to offer the kind of post-coital spreadsheet program tutorial we all dream of.

When Elizabeth is similarly positioned, she uses the time during Benjamin’s oral administrations to scan his room and see if there’s anything relevant to the mission. Afterwards, they eat s’mores on the floor in front of the fireplace in his living room and he tells her that his job is to develop famine-resistant grain by refining the grain’s breeding and testing it against every disease and pest he can. Whu-whoa. Looks like the Jenningses are barking up a seriously wrong tree… or are they? Benjamin’s motives and efforts may be pure, but we don’t know yet who else is involved or what they might be plotting.

When Elizabeth gets home and gives this news to Philip, he does some more Emmy-worthy facial processing and quickly confirms that this revelation puts their recent murder of the man in the Oklahoma laboratory in a new and terrible light. He is visibly shaken as he heads off to Tuan’s, and Elizabeth (true to form) sees his vulnerability and answers it quickly by dropping everything to help get him back on track. She follows him to Tuan’s in time to prevent him from having a full breakdown or disclosing any of his growing unease to Tuan.

He says to her: “This has been hard for me… for a long time. You know that, right?”

She offers a compromise where in the future she can handle the assassinating. He says: “No. No, Elizabeth. It’s us… it’s us.” And his face! And the emphasis! He loves her, they are a team, and whatever happens down the road, they’ll do it together.

Except we don’t get to see her face in response. We see them in profile, and we don’t know how completely she’s on board with that. Ultimately, is she more loyal to him or to Russia?

Meanwhile, Renee (Laurie Holden) is still 100% a spy of some kind. Despite Stan showing her off to creepy Agent Aderholt (Brandon J. Dirden) over beers, where we learn that “Renee” and Dennis are both veterans, and despite Stan and Renee inviting Philip and Elizabeth to join them and Matthew for a screening of Romancing the Stone, she shady AF. Lucky for us, Philip sees it, too, and mounts a surveillance operation with new helper Marilyn (Amy Tribbey), whom we last saw looking uncomfortable as Philip and Elizabeth stashed that lab fellow’s body in a car trunk.

And finally, Oleg (Costa Ronin). It seems like he just can’t win. His partner Ruslan The Interrogator (Ravil Isyanov) plays the “we know your son is in Afghanistan” card without even trying for an alternative when they meet with the corrupt grocery guy they’re after. When he gets home from his terrible job, his weaselly dad (Boris Lee Krutonog) and desperate mom (Snezhana Chernova) have invited three pretty girls over to try to set him up with a girlfriend. Life is so depressing that Oleg decides he may as well go to the CIA meeting, but when he does, nobody is there. Does this mean that Stan’s threat to embarrass the US government by telling the media about the time he killed a KGB agent worked? Or does it mean that someone was just out of sight, watching to see if Oleg would show and scheming about a next step? To be determined! 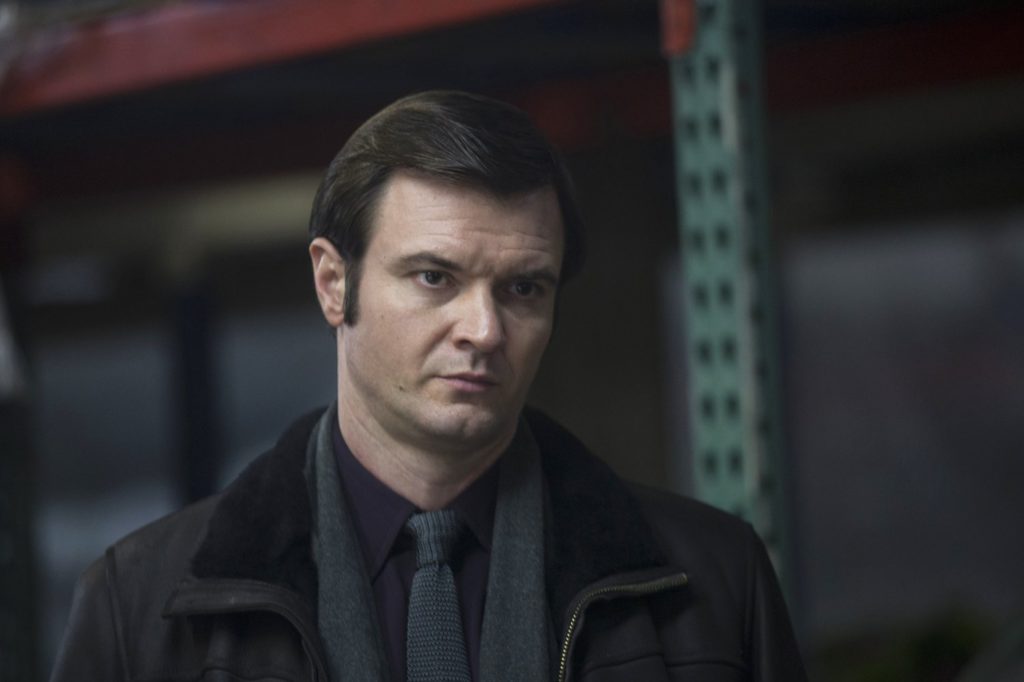