Home » Stuff We Like » AN AMERICAN IN PARIS at Segerstrom Center for the Arts: So Beautiful I Cried.

AN AMERICAN IN PARIS at Segerstrom Center for the Arts: So Beautiful I Cried. 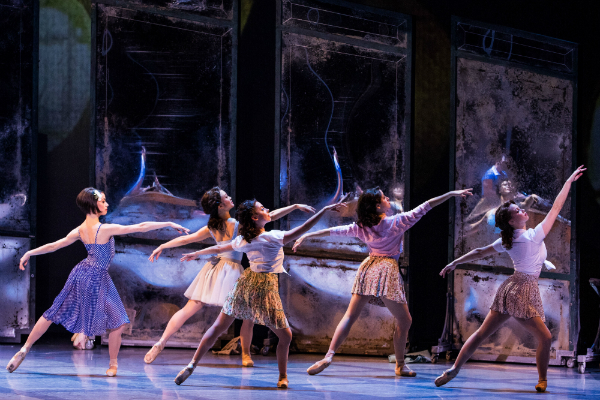 Sara Esty and company dance in An American in Paris, Photo by Matthew Murphy

I’ve never been a huge fan of the film An American in Paris, but when I read Entertainment Weekly‘s article about its history and its impact on La La Land, I was intrigued. When I heard that the Broadway musical was on its way to the Segerstrom Center for the Arts in Orange County, I was excited to go– although I couldn’t remember why I hadn’t loved the film.

When the curtain fell and I was in tears at how beautiful this production is, I decided that either I’d completely forgotten what the movie was about or that the two must be very different. Thanks to a quick refresher from Wikipedia, I now know it’s the latter.

The national tour of An American in Paris features McGee Maddox and Sara Esty as Jerry Mulligan and Lise Dassin, although Jerry was played by Ryan Steele during the performance I saw. Joining them in the primary roles are Etai Benson as Adam Hochberg; Emily Ferranti as Milo Davenport; Gayton Scott as Madame Baurel; and Nick Spangler as Henri Baurel. Everyone was wonderful, but Sara Esty was spellbinding. 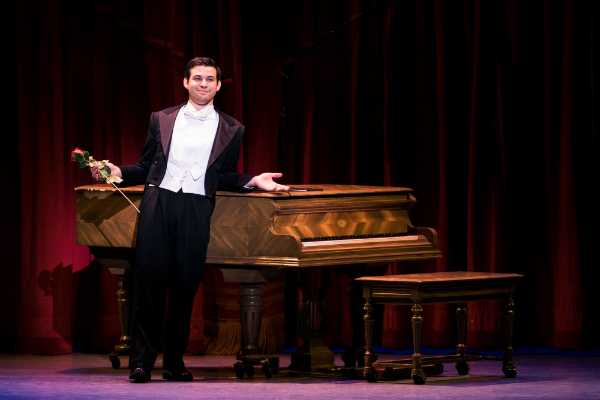 Etai Benson in An American in Paris, Photo by Matthew Murphy

The first thing you see when the play opens is Jerry Mulligan from behind as he looks at the Arc de Triomphe. I was impressed immediately by how much Ryan Steele’s derriere looked like Gene Kelly’s. Please don’t misunderstand– this isn’t a lecherous observation, but one rooted in Kelly’s attention to detail when tailoring his pants to fit his well-muscled behind. Hmm. Maybe it’s a smidge lecherous. The point is that you could tell that Ryan Steel was going to be a good dancer from his physique before he moved at all. Once he did, I think the best word for his dancing is exuberant. His movement was full of joy and energy. 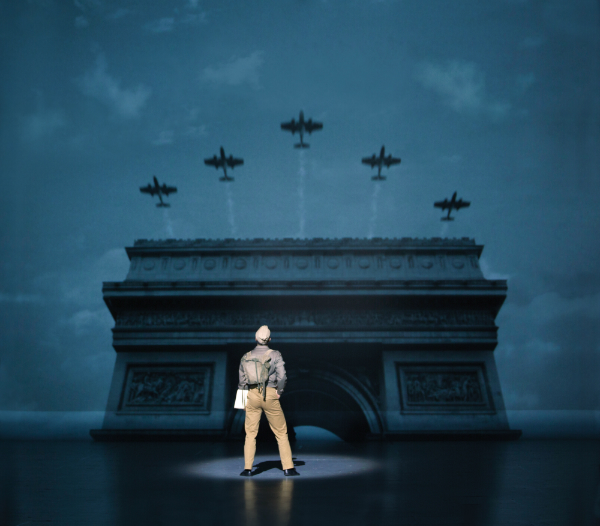 Robert Fairchild from the original Broadway company of An American in Paris, Photo by Angela Sterling

Etai Benson is extremely effective as the musical’s heart and narrator. Nick Spangler and Emily Ferranti are so charming that even though you know they’re doomed to be thrown over for the leads, you’re rooting for them to find love elsewhere. Bob Crowley‘s sets and costumes are borderline distracting in their beauty. 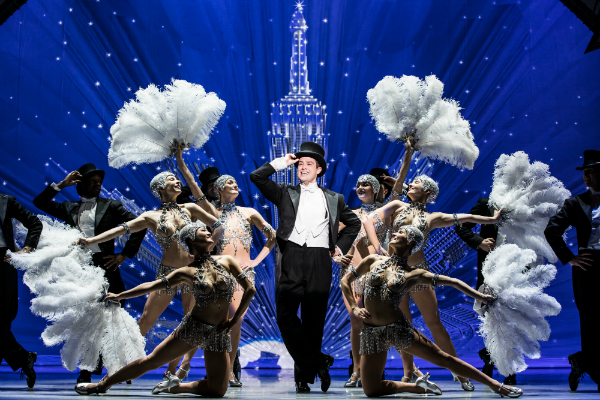 Nick Spangler and the An American in Paris Touring Company, Photo by Matthew Murphy

Above all, though, was Sara Esty as Lise. When she was moving on stage, it was nearly impossible to look at anything else. During the ballet to Gershwin’s An American in Paris at the end of the show, she was so captivating and graceful that it was almost heartbreaking to watch. Before the number ended, I was in tears. 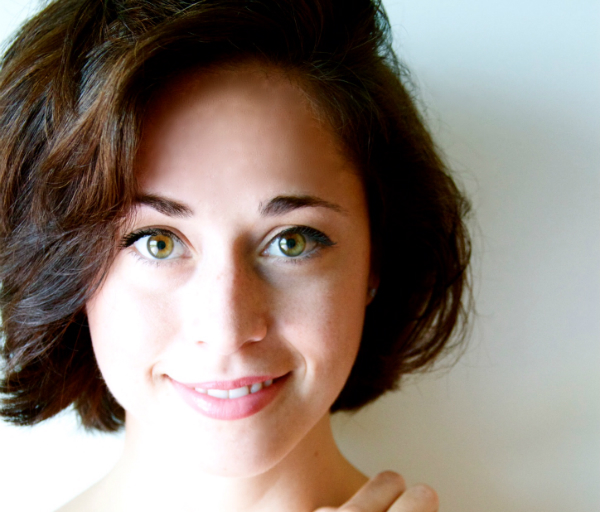 You’ve got until May 7 to make it to Costa Mesa to see this ode to hope and joy. (Click HERE to find tickets at SCFTA.) The tour moves to Seattle next, but there are dates around the country for more than the next year.