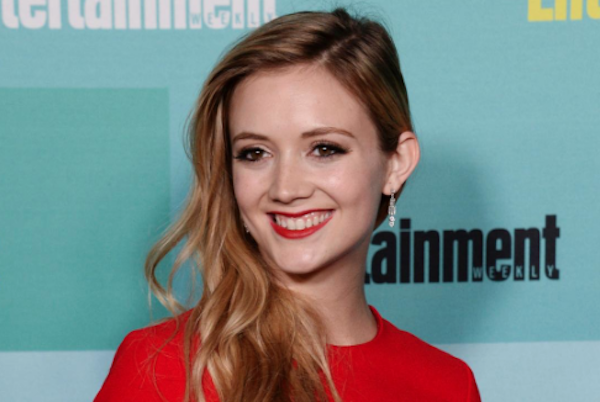 American Horror Story is going into it’s 7th season and it’s cast is coming together.  After announcements about the return of veteran cast members Sarah Paulson and Evan Peters, AHS revealed that Billy on the Street‘s Billy Eichner was added.  Today it was announced that Billie Lourd (Scream Queens) will join the cast as well.

Billie Lourd is, perhaps, best known for being the daughter of Carrie Fisher and granddaughter of Debbie Reynolds who both passed away in recent months.

There are no hints as to what characters any of the actors will be playing.  What we do know is that AHS season 7 is reportedly going to be based on the 2016 presidential election, ‘using the election as a jumping off point’ according to E! News.

Creator Ryan Murphy commented on the assumption that the show will be about the ACTUAL election by saying the following.  ‘Horror Story is always about allegory, so the election is allegory. It’s our jumping off point.  It is about the election we just went through and what happened on that night and the fallout of that night, which to many people, from all sides of the camps is a horror story.’  Ain’t that the truth.

American Horror Story is expected to return to FX this fall.