Home » TV & Streaming » Gods Be Praised! AMERICAN GODS Has Been Renewed For a Second Season

Gods Be Praised! AMERICAN GODS Has Been Renewed For a Second Season 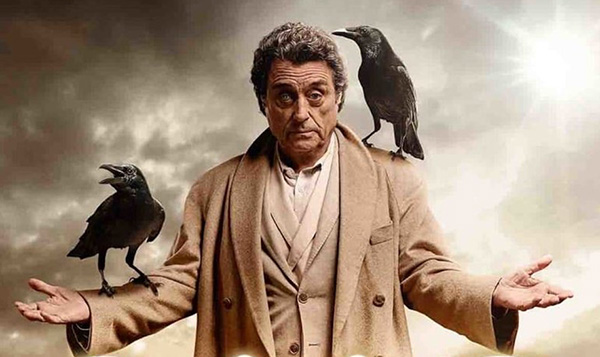 According to TVLine.com, American Gods has been renewed for a second season. Only two episodes have aired and it’s already massing a large fan base. The fantasy series has been airing on Starz and will be airing 8 episodes this season. Fans can expect much more to come.

Based on the novels by the same name by Neil Gaiman, the show follows Moon Shadow and Wednesday as they travel America trying to collect the old gods. They need to amass the strength of the old gods to confront the new gods, Media and Technology. Starz programming president Carmi Zlotnik released a statement saying the executive producers “have evolved the art form of television narratively, structurally and graphically with American Gods, and we’re thrilled to be working again with these artists as they continue to build the worlds and wars of the gods.”

RELATED: You can read our American Gods recaps here!

In addition, we’ve learned that season one will end at the point just before Shadow Moon, Mr. Wednesday and company arrive at House on the Rock. Fans of the book will understand where that is but TV fans will have to continue guessing. Season 2 is set to have at least 8 episodes, possibly more. The show is “likely” to air mid-2018.

What do you think of the renewal news? Are you excited for more episodes? Let us know! American Gods airs on Starz Sundays at 9:00pm EST.