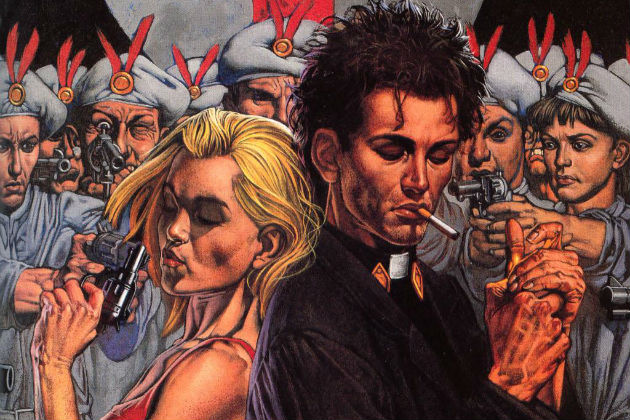 According to an article out of Deadline earlier today, Ruth Negga has been cast in AMC’s highly-anticipated comic adaptation of Preacher. She will be taking the lead role of Tulip. She is one of the main characters in the comics, the on again/off again girlfriend of Jesse Custer, the preacher named in the title. She is the first officially named cast member, though there was rumor last week that Dominic Cooper was being sought as Jesse Custer. This would an interesting development as both of the leads have also played roles in the Marvel Cinematic Universe. You might recognize Ms. Negga in her recurring role as Raina on Marvel’s Agents of S.H.I.E.L.D. Dominic Cooper has played Howard Stark in the first Captain America film and reprised the role for Agent Carter.

She is described as “a volatile, action-packed, sexified force of nature, a capable, unrepentant criminal with a love of fashion and ability to construct helicopter-downing bazookas out of coffee cans and corn shine who’s not afraid to steal, kill or corn cob-stab her way out of a bad situation.”