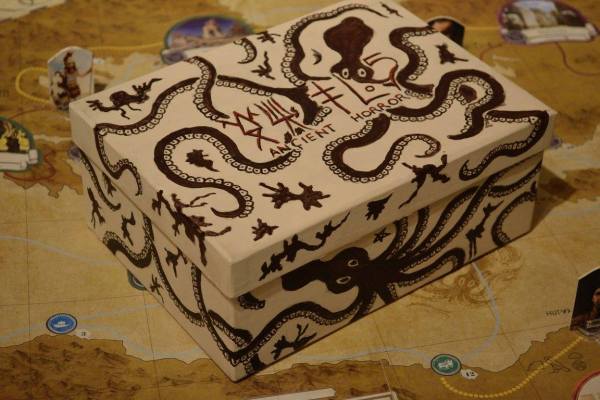 Oft have my colleagues and I gleefully descended into the nightmare realm of the Fantasy Flight Games hit Lovecraftian co-op board game Eldritch Horror, but even my mind (twisted as it has become by dark and ancient things) could not have envisioned this delightfully blasphemous creation…

British archeologist and Eldritch Horror fan Philip Boyes, as if inspired by some wicked and sanity-shattering dream, has developed his own DIY version of the game set in the East Mediterranean Bronze Age. Cultists and seekers of forgotten lore, I give you – ANCIENT HORROR! For Boyes’ homespun journey into the Mythos, he created an entirely new board, hundreds of cards, unique era-specific characters, and much more.

According to his blog, the process took Boyes several months to complete. An undertaking of this magnitude would reduce most to gibbering lunacy, but Boyes seems to have emerged from the experience unscathed. Or perhaps he, himself, is simply protected from such madness by forces both powerful and old.

Click HERE to study the sorcery that brought the truly impressive Ancient Horror into the world. 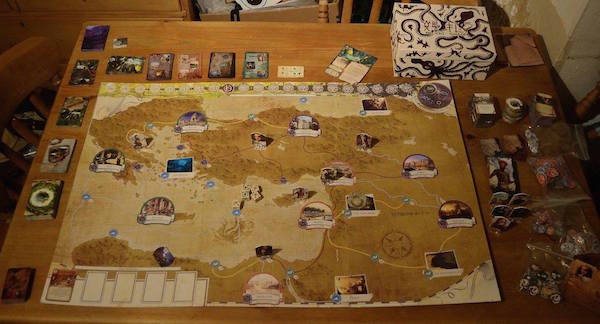