Home » Stuff We Like » All the Rest » Almighty Women: Indomitable Goddesses

Theologies come and go; the gods and goddesses of one age change as readily as civilization itself. And while the worship may fade, temples fall to age and neglect, and the fanatics move onto something that best fits their worldview there is a timeless majesty in the deities long since passed.

In the polytheistic cultures – where pantheons of many gods ruled – gods and goddesses were considered far more human-like than the all-powerful and invisible forces of monotheism. Such cultures have fascinating pantheons of struggle, petty squabbling, romance and trickery. And of those powerful beings the ones you didn’t want to mess with the most were the goddesses, because in these colourful collections of unearthly power there was no such thing as passive feminism.

Nemesis (Greek): A remorseless goddess who punished those who showed arrogance against the gods, Nemesis was the embodiment of the concept of divine retribution. Coming to earth to punish those who derided the gods or showed unwavering hubris.

Of the myths surrounding Nemesis the most relevant is that of Narcissus; a young man of prized beauty who, although surrounded by wooing women, was dismissive and petty towards them all. In seeing Narcissus’s display of arrogance she led him to a reflecting pool where he fell in love with his own reflection and refused to abandon it until he died. 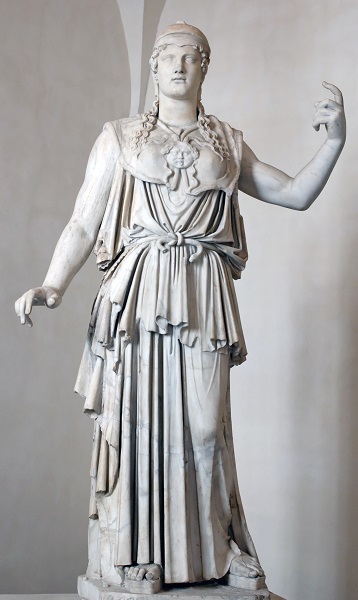 Athena (Greek): Springing forth from Zeus’s forehead instead of being born the usual way – even most deities had two parents – Athena was neither of normal birth nor did she encapsulate the usual personification of a single virtue/passion. Athena was ancient Greece’s goddess of war, reason, craft and literature. Leading battles as Athens’ warrior maiden as readily as she inspired great acts of ingenuity and culture.

A true ruler of her followers Athena is believed to have invented musical instruments, weapons of war, agricultural tools and ocean going vessels. Making her one of the hardest-working and socially focused deities of the ancient world. 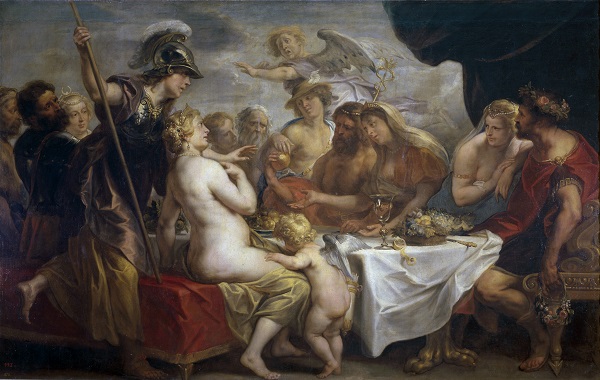 Eris (Greek): Goddess of chaos and discord Eris was a trickster goddess who set many of ancient Greece’s greatest stories rolling. She rode into battle alongside Aris, gave birth to numerous minor deities and her antics make her a prime candidate for the original “Bad girl”.

Mischievous, cunning and unabashed Eris set the gods of the Greek pantheon squabbling amongst themselves by delivering unto them a golden apple with the words “To the fairest one” inscribed on it. The devastation that ensued led to the Trojan war and massive loss of life. Demonstrating that the world would be a scary place if we all found the same things funny. 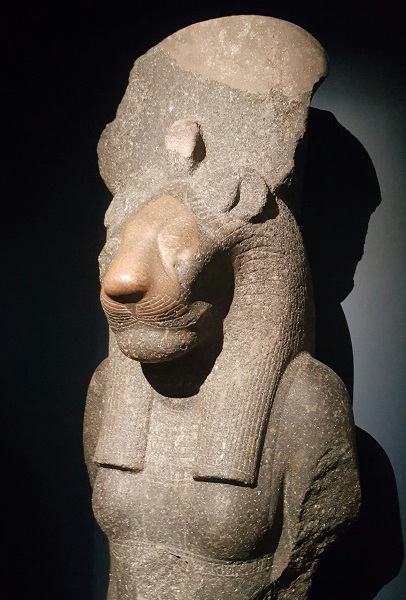 Sekhmet (Egyptian): Ruling deity of one of ancient Egypt’s largest and most influential cults Sekhmet was the lion-headed sun goddess of both warfare and healing – for many Egyptian gods and goddesses represented both conflict and resolution – Sekhmet’s followers worshipped her as a goddess of destruction against rebellion and one who healed the lands of the just.

Similar to Nemesis Sekhmet was a goddess who punished those who did not abide by the will of the gods. Sent to earth by her father, Ra ,when he saw his laws going unheeded Sekhmet went on a bloody rampage, staining the sand with blood and only stopping once she got drunk enough on beer and pomegranate juice that she fell asleep.

Ma’at (Egyptian): In a counter role to that of Eris Ma’at was ancient Egypt’s goddess of order and justice. Worshiped by pharoahs and commoners alike for her stabalising influence, Ma’at brought the world out of chaos and darkness, she is even believed to have charted the very course at which the sun god Ra follows every day across the sky.

After death every soul must travel down the Hall of Ma’at; where she waits with the Feather of Truth to balance against the heart of those who died as well in order to determine their worth. If their heart is as light as the feather they are permitted into the afterlife, if heavier then it is fed to the crocodile headed god Ammit, who devours the heart and delivers the soul into oblivion. 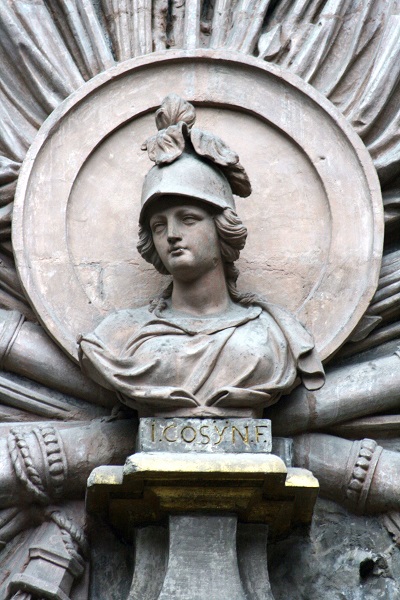 Bellona (Roman): One of the few goddesses devoted purely to the notion of war Bellona was an iconic figure of the Roman military state. Riding into battle upon her chariot with sword and shield Bellona epitomised the ideal of honourable conquest. Foreign wars were discussed and planned within her temples, and the governing senate would greet victorious generals and ambassadors before her statues.

Devotion to Bellona was so fierce that her own priests would cut their own arms and legs as sacrifice to the goddess on the Day of Blood. 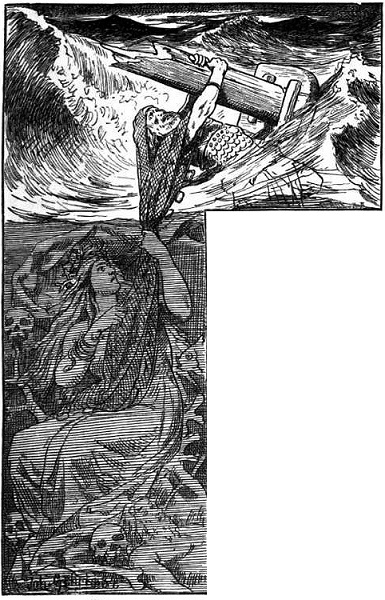 Rán (Germanic): In a mythological system where every element of nature had a presiding god or goddess the sinister aspect of the sea was represented by Rán, the Lady of the Ocean; where her husband Aegir was content to encourage sailors to venture out across the sea Rán was a far more malevolent force, capturing sailors in her net and dragging them into the depths of the pitiless water.

Whether killed by her hands or not, Rán received all those who drown into her dwelling; whether that is a good thing or not is never discussed. 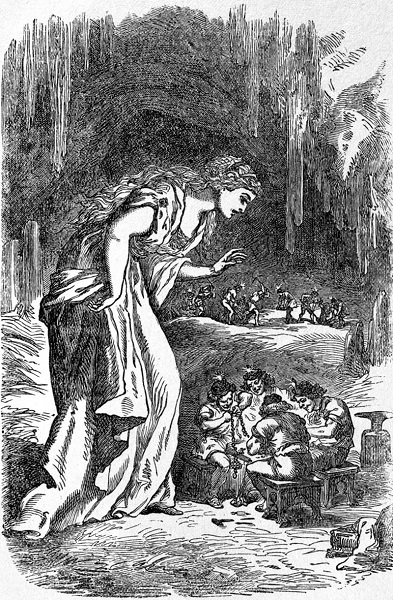 Freyja (Germanic): Creative, loving, materialistic, promiscuous and vicious Freya is a predominant goddess in the Germanic pantheon and one whom is the most well known. Receiving half of those who die in battle, Freyja would visit battlefields where she would pluck from the dead those she wished would join her in Fólkvangr, the remains would be sent to Valhalla to be with Odin.

Chief of the Valkyries – who would take the fallen to Valhalla once Freyja had taken her pick – and riding a chariot pulled by cats, Freyja was the patron of all women who sought power, wisdom and wealth. 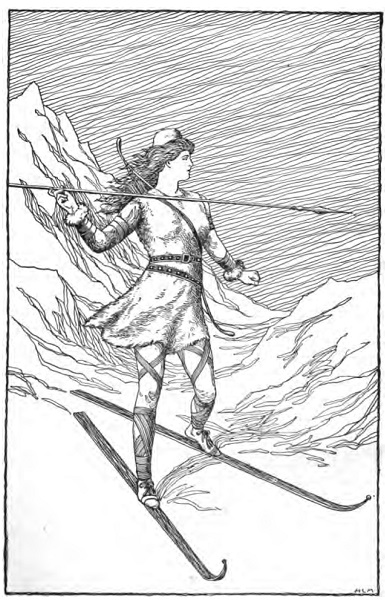 Skaði (Germanic): Goddess of winter, the mountains, skiing and bow-huting, Skaði is a figure who appears frequently throughout Germanic mythology; a failed marriage to the god Njord after their desire to live in separate lands split them up,  multiple encounters with Loki – including a rather crude comedy routine with a goat – and most notably her role in Loki’s Quarrel, where she first warns the trickster god against his behaviour and then later places a snake above his bound body where it was to drip venom into his eyes for eternity. Skaði was a goddess who was wasn’t afraid to be direct to those who irritated her.

Hine-nui-te-po (Maori): Great Lady of the Night, Hine-nui-te-po was believed to have been the cause of humanity losing its immortality and forever more destined to die. Daughter of the gods of forests and earth she was tricked into marrying a man whom she later discovered was her own father. Fleeing in shame into the underworld Hine-nui-te-po was warned repeatedly to return to the world above, which she refused out of defiance. Her father/husband found her just as she was about to descend into the darkness forever, at which point she told him to return to the surface and look after his children there, and she would watch over them in the underworld.

The first human to die, the demi-god Maui, was attempting to steal back immortality from the sleeping Hine-nui-te-po when she woke up and crushed him. Illustrating a valuable lesson in personal space and consent violation.

http://egyptian-gods.org/ has a fantastic collection of articles on ancient Egyptian mythology

https://greekgodsandgoddesses.net/ has great stories and interesting facts about ancient Greek gods and goddesses